It is hard for persons in democratic societies to grasp how China's party-state can control the fertility of China's millions. The effort starts with a barrage of anti-child propaganda in the schools and workplaces, and then moves to open intimidation in banners and slogans posted in public places. Here are some pictures of the kind of public threats the authorities make against those women who may be pregnant with "illegal" children. 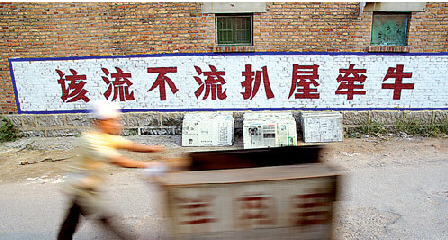 Translation: "If it should be aborted and is not aborted, your house will be destroyed and your cow will be taken." 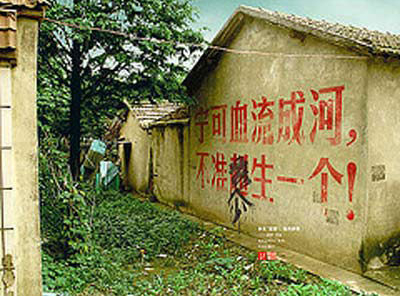 Translation: "Even if you bleed enough to make a river, you must not give birth to an extra child!" Hunan Province. 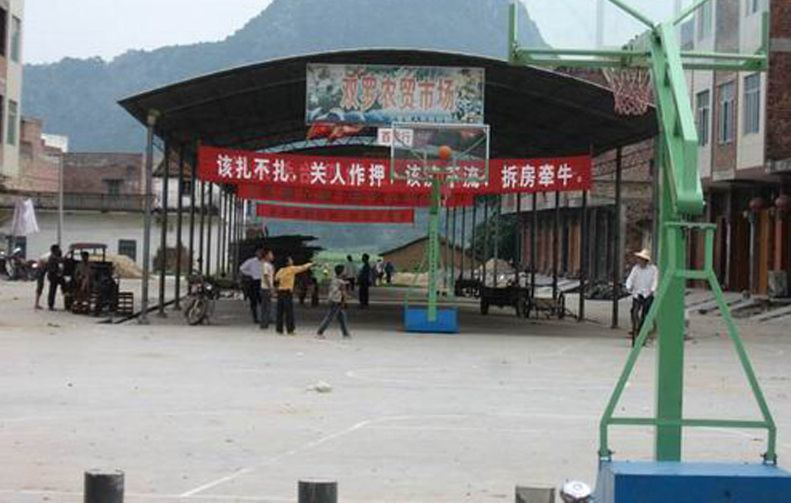 Translation: "If you should get sterilized and you don’t, you will be detained and prosecuted. If you should abort and do not abort, your house will be torn down and your cattle will be led away." 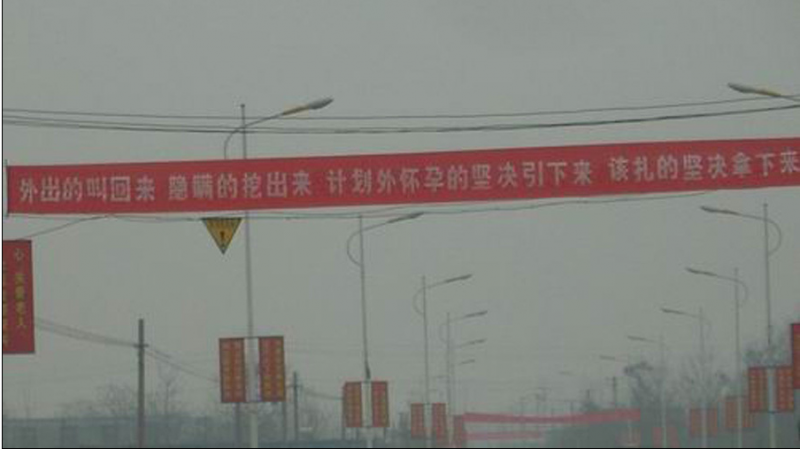 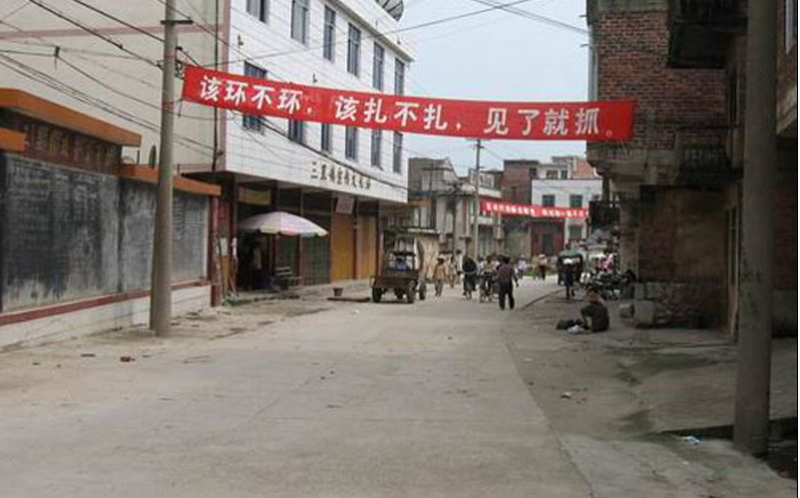 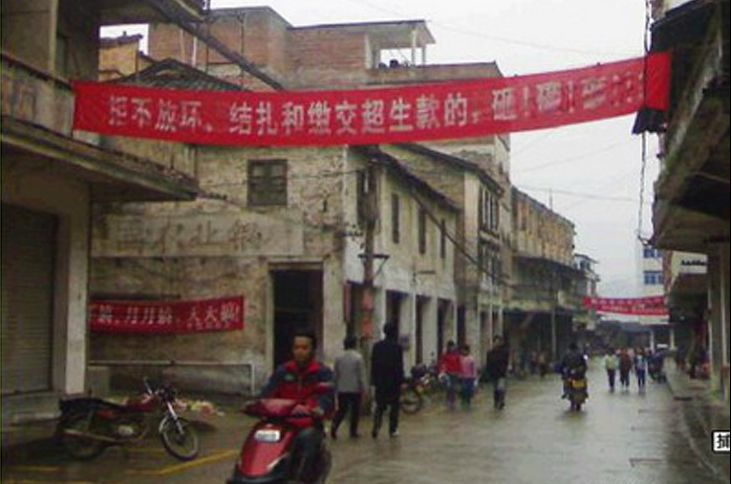 Translation: "Those of you who don't abort or get sterilized, and are happy to have excess births and pay fines. . . [image unclear]."

This kind of in-your-face propaganda, combined with strong-arm tactics on those who hold out, brings most women to heel. Then there are group pressure tactics, used in Liaoning province in northeastern China and elsewhere. In these provinces, second births are allowed only if there are no illegal births. If even one illegal child is born, no second births are allowed, and women carrying second children are aborted.

Steven Mosher, who lived in China for several years and witnessed forced abortions, commented, “It is hard to imagine the intense hostility, even hysteria, that these group pressure tactics would generate in a small, tightly knit rural community towards anyone who threatened to break the rules.”

On the streets or in the workplace, on the television and in the newspapers, the Chinese people are bombarded with anti-people propaganda. Day after day this softening up process continues, so that when the midnight knock on the door comes, many pregnant mothers and their husbands do not even try to fight back. Next week we will talk about some who did, and the punishment that they faced from the Chinese Party-State.