The Population Research Institute is a non-profit research group whose goals are to...

Our growing global network of pro-life groups spans over 80 countries.

The Population Research Institute is a (501c3) non-profit research organization whose core values hold that people are the world’s greatest resource. PRI’s goals are to educate on this premise, to expose the myth of overpopulation, and to expose human rights abuses committed in population control programs. Our growing, global network of pro-life groups spans over 80 countries.

Debunk the myth of overpopulation, which cheapens human life and paves the way for abusive population control programs

Defund these programs by exposing the coercion, deception, and racism inherent in them.

Emphasize that people are the most valuable resource on the planet, the one resource we cannot do without.

Encourage programs to help the poor become agents of their own development. 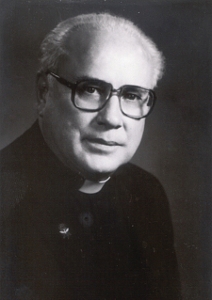 He was ordained to the priesthood on June 15, 1947 by the Order of St. Benedict. After nearly two decades on the faculty of St. Johns University, he was permitted by his order to work on pro-life issues full time. He undertook the task of spreading the pro-life message with his characteristic vision, leadership, and energy.

In 1972, he started the Human Life Center at St. John’s University in Collegeville, Minnesota. Moving to Washington, DC, Fr. Marx founded Human Life International in 1981, and the Population Research Institute in 1989.

Fr. Marx wrote more than 13 books, including The Death Peddlers, his most famous work. In 1973, concerned about euthanasia, he wrote The Mercy Killers. Well over one million copies of this book, warning of the dangers of legalized euthanasia, were sold or distributed in the English-speaking world. In 1997, Fr. Marx wrote his autobiography, Faithful for Life.

Fr. Marx visited some 90 countries of the world to promote the pro-life cause, working to defend life from conception to natural death. In retirement, he lived at St. John’s Abbey in Collegeville, Minnesota, but remained active as the chairman of PRI’s board.

Fr. Marx passed away on March 20, 2010. At the moment of his death, he raised his arms towards Heaven and said, “Take me home.” 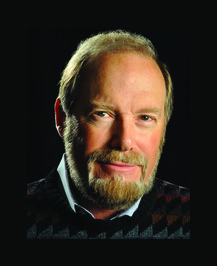 In 1979, Steven was the first American social scientist to visit mainland China. He was invited there by the Chinese government, where he had access to government documents and actually witnessed women being forced to have abortions under the new “one-child policy.” Some abortions he witnessed were late term. Mr. Mosher was a pro-choice atheist at the time, but witnessing these traumatic abortions led him to reconsider his convictions and to eventually become a practicing, pro-life Roman Catholic.

Steven has appeared numerous times before Congress as an expert in world population, China, and human rights abuses. He has also made TV appearances on Good Morning America, 60 Minutes, The Today Show, 20/20, FOX and CNN news, as well as being a regular guest on talk radio shows across the nation.

He is also the author of the best-selling A Mother’s Ordeal: One Woman’s Fight Against China’s One-Child Policy. Other books include Hegemon: China’s Plan to Dominate Asia and the World, China Attacks, China Misperceived: American Illusions and Chinese Reality, Journey to the Forbidden China, Broken Earth: The Rural Chinese, and his most recent book Bully of Asia: Why 'China's Dream' is the New Threat to World Order.

Steven Mosher lives in Virginia with his wife, Vera, and their nine children.

Meet Our Board Expand

Colonel Vince Cruz USMC (Ret): Leveraging his 27 years of United States Marine Corp experience, Mr. Cruz leads Jericho’s services teams in delivering information architecture analysis, security engineering support and consulting services to the Department of Defense and other federal agencies. He provides oversight and guidance to Jericho consultants, developers and engineers working in a number of key client accounts including the U.S. Army, DISA, OSD/NII, and the intelligence community. During his extensive Marine Corps career, Colonel Cruz had most recently served as Commanding Officer of the Marine Security Guard program and development manager in creating strategic security programs and recommendations to support Department of State security needs for its 148 U.S. embassies and consulates around the world.Colonel Cruz earned a Master’s Degree in Strategic Studies from the Naval War College in Newport, Rhode Island.

Fr. Linus F Clovis is a priest of the Archdiocese of Castries, St. Lucia in the West Indies. He studied for the priesthood at the Angelicum in Rome and was ordained in 1983 by Pope St. John Paul II.

Fr. Clovis is a qualified teacher and holds a doctorate in Mathematics and degrees in Theology, Canon Law and Latin Literature. He has served as dean of the Arts, Science and General Studies Faculty of the Sir Arthur Lewis Community College and for seven years was principal of St. Mary’s College, St. Lucia.

He is the archdiocesan spiritual director of the Legion of Mary in St. Lucia, through which he promotes devotion to Our Lady, especially that of the Rosary, the Perpetual Help novena, and the First Friday and First Saturday devotions. Additionally, he has led outreaches to the neighboring islands, and annual pilgrimages to Marian shrines in over fourteen different countries.

He is also the spiritual director of the Population Research Institute and Family Life International and a versatile speaker on pro-life issues, Scripture, Mariology and on Catholic teaching in general.  Not only has he many talks and homilies on CD to his credit but he has made literary contributions to newspapers and international magazines and has published a book entitled “A Biblical Search for the Church Christ Founded."

He is currently the Director of the Secretariat for Family and Life in the Archdiocese of Castries, which works towards reestablishing family and family life on solid Christian principles in St. Lucia. In 2003, Fr. Clovis led the resistance to the St Lucia Government’s surreptitious legalization of abortion in his Catholic island and even refused Holy Communion to the head of state for having signed abortion into law.

Fr. Clovis is the eldest of five brothers who are all active in the pro-life apostolate.

Karen Shannon, PRI’s Development Coordinator, brings experience not only in development, having previously worked as development coordinator for Mission Capodanno, but also more than twenty years of experience in publications and marketing for businesses such as Ave Maria Press, Lawyers Cooperative Publishing, George Eastman House, and the University of Rochester. Karen is thankful that working for PRI is God’s grace continuing to work in her life after converting to the Catholic faith in 1999.