IS OVERPOPULATION FACT OR FEAR?

What is the myth of overpopulation?

The myth of overpopulation is an unfounded belief that:

the number of people on Earth will exceed the carrying capacity of the planet in the foreseeable future, leading to economic or social collapse, and that actions ought to be taken to curb population growth.

Population alarmists who buy into the overpopulation myth believe that the world’s growing population will strip the Earth of its useable resources and will outpace innovation and rates of production. This, they believe, will cause diminishing standards of living, more poverty, more hunger, famine and starvation, water shortages, pestilence, war and conflict over diminishing resources, the evisceration of wildlife habitats, and environmental catastrophes (i.e. global climate change).

Where did the overpopulation myth come from?

In 1798, an Anglican minister by the name of Thomas Malthus published the first edition of his An Essay on the Principle of Population where he speculated that, under perfect economic conditions, humans reproduce exponentially while their ability to increase agricultural output increases only linearly at best.

Malthus theorized that there were two kinds of “checks” that kept the population growth rate in check with the food supply: 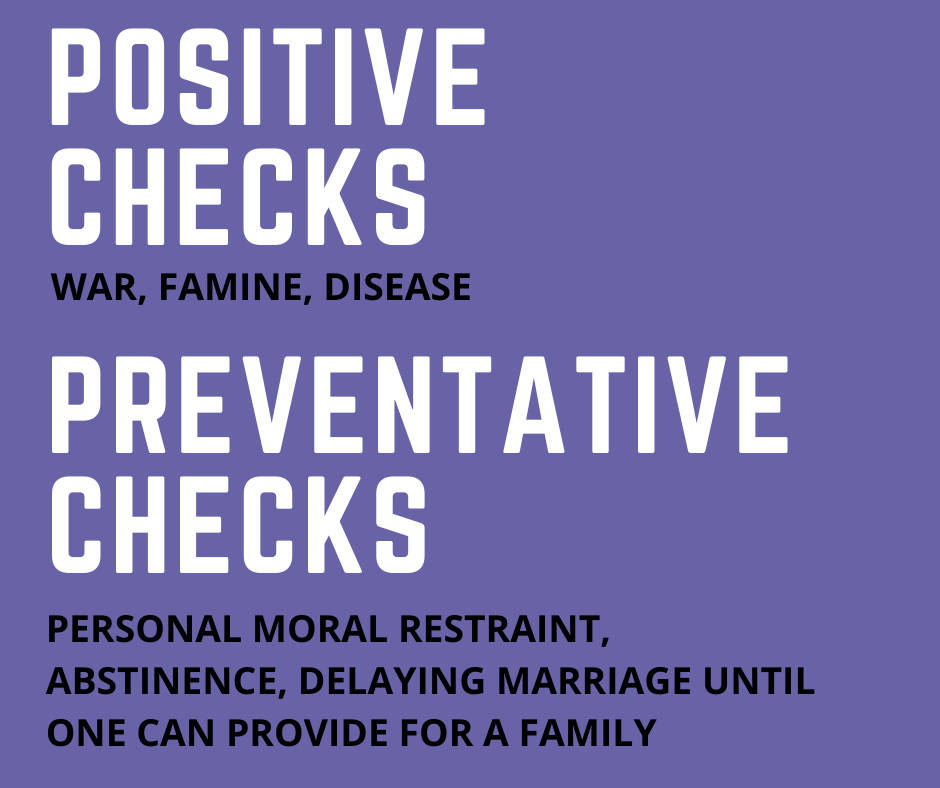 Malthus falsely believed that population checks were necessary to prevent the proliferation of poverty and to prevent catastrophic war, famine, and epidemics caused by overpopulation—a phenomenon known as ‘Malthusian catastrophe.’

Subsequent editions of Malthus’ Essay were widely read among the upper classes in Europe, many of whom bought into the false belief that high birth rates among the poor would overwhelm Western society and lead to war, famine and poverty.

Malthus’ ideas quickly became the foundation for a movement that began to preach population control and contraception as the keys to socioeconomic development and the betterment of Western society. Although Malthus himself generally opposed on religious grounds the use of birth control and abortion as methods of population control, his followers—the Neo-Malthusians—had no such concerns.

Neo-Malthusianism became the first movement in the Western world to publicly advocate for practicing birth control—a practice at that time still widely condemned by society as obscene and immoral.

What was the affect of Malthus' theory?

Malthus’ ideas on population selection inspired Charles Darwin to formulate his theory of evolution and were highly influential on Francis Galton and the field of eugenics.

U.S. and U.N. foreign aid policies and structures still in place today were largely put into place during the 1960s and 1970s and influenced by Neo-Malthusian theories, placing a heavy emphasis on reducing population growth in the developing world as a principle aim of foreign development assistance.

By the early 20th century, Social Darwinism and eugenics was all the rage and population control was primarily advocated as a way to improve the gene pool and to weed out undesirables, primarily through sterilization. Social Darwinism was frequently mixed with pseudoscience, racism, and hyper nationalism, a toxic concoction which was later extended to its full brutal scale by the Nazi party in Germany during the Holocaust in their attempt to create a master race.

How does the myth of overpopulation affect us globally?

Malthus’ ideas quickly became the foundation for a movement that began to preach population control and contraception as the keys to socioeconomic development and the betterment of Western society. 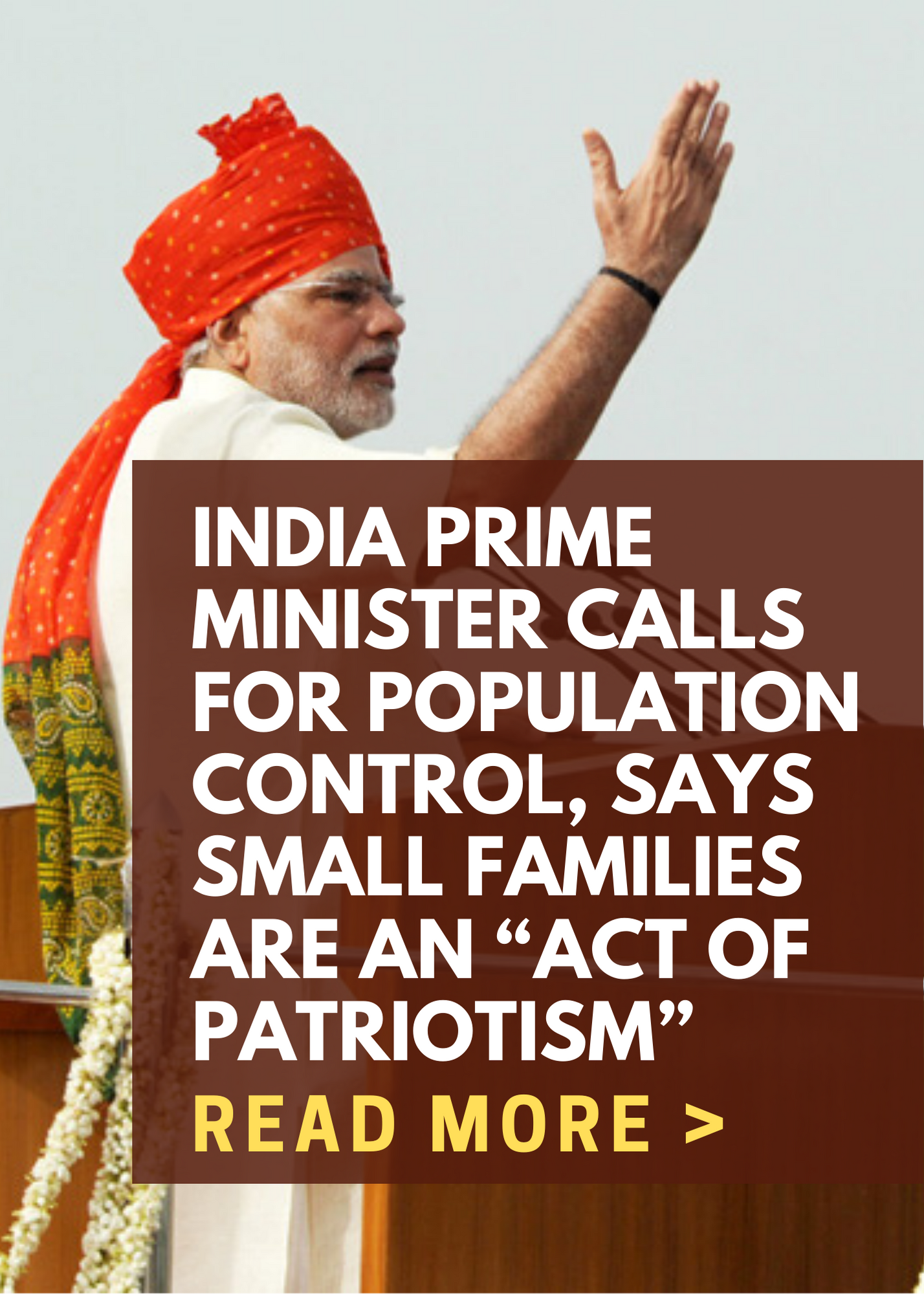 Governments today are pushing population control policies in order to control the number of children being born as a protective measure to their national resources. All of these policies have received global recognition of their brutality:

India's sex-selective abortion where approximately 15.8 million girls have been eliminated since 1990 due to a cultural preference for boys. Now the government wants to impose their own two-child policy.

Latin America's forced sterilization programs where women where arrested for being pregnant and their babies where aborted in unsanitary conditions.

The United Nation's 'education programs' that refuse aid to developing countries unless they accept contraception, abortion, and sterilization to prevent the false idea of population over-growth.