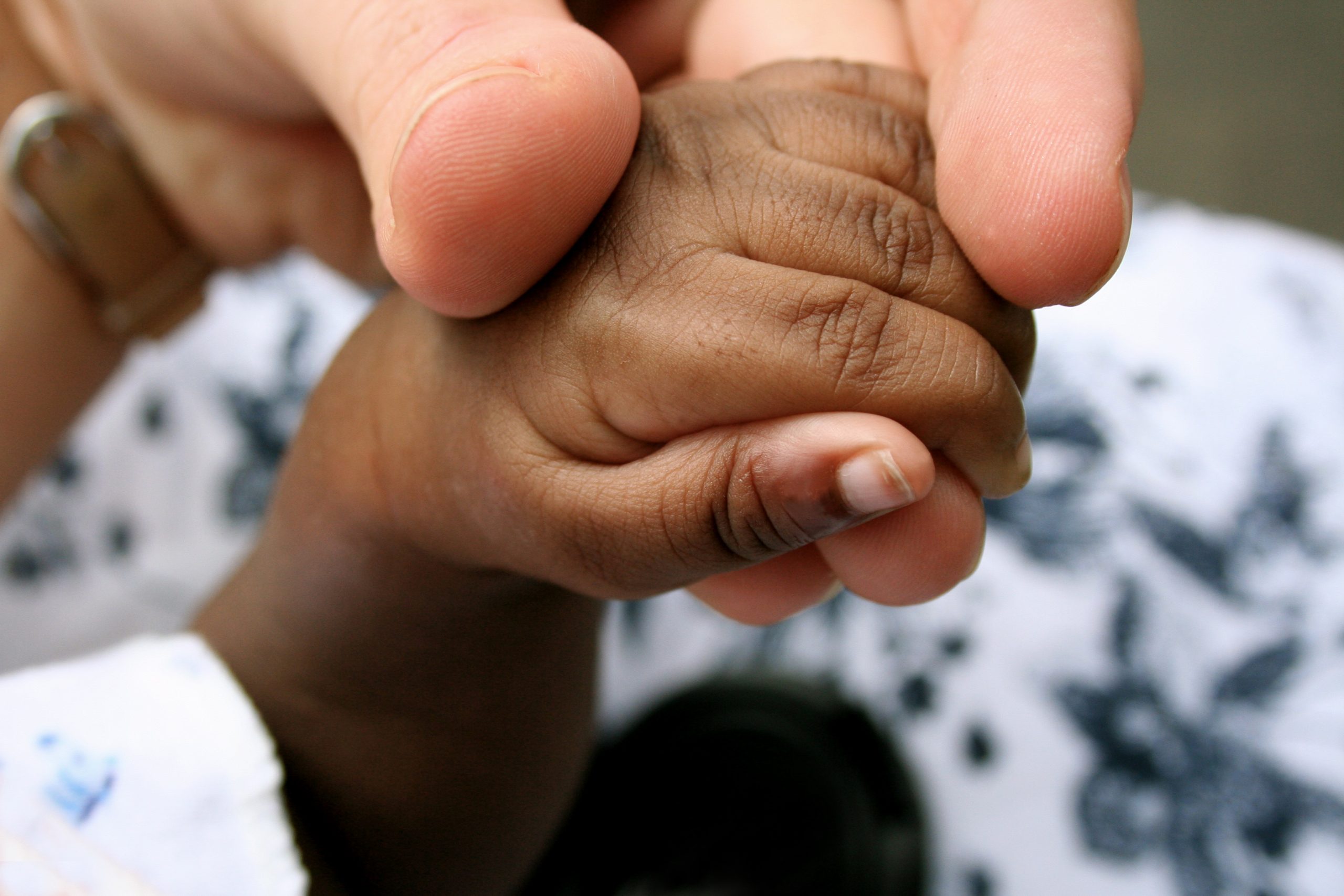 What Does the COVID-19 Pandemic Have to Do With Abortion?

Over 3.6 million people have fallen sick and more than 250,000 have died due to the 2019 novel coronavirus (2019-nCoV). In much of the world, doctors and health care workers have been stretched thin, hospitals have been filled to capacity and shortages of personal protective equipment (PPE) and ventilators have reached critical levels.

The fallout from the virus could soon be even worse in developing countries where the health infrastructure is already weak and access to care is often hard to come by.

But while developing countries are in dire need of everything from PPE, ventilators, and public health assistance (not to mention food and emergency loans), how has the government of Sweden chosen to respond to this crisis? It has committed $2 million to provide condoms and abortion equipment in sub-Saharan Africa.

In a recent statement from the Swedish government’s international development agency—the Swedish International Development Cooperation Agency (Sida)—the government announced that it would be making a $2 million dollar grant (SEK 20 million) to DKT International to provide access to abortion and contraception in sub-Saharan Africa during the COVID-19 pandemic.

The grant includes funding for manual vacuum aspirators (MVAs) in the Democratic Republic of the Congo as well as funding for abortion pills and abortion equipment in Ethiopia, Kenya, Uganda, Tanzania, and Mozambique. MVAs are manual hand-operated devices that suction the unborn child out its mother’s womb, crushing the child in the process.

“The fight against covid-19 threatens access to vital products and access to maternal care. It is extremely important to continue working on sexual and reproductive health and rights (SRHR),” a Google translation of a statement from Sida Director General Carin Jämtin on Sida’s website read.

According to Sida, the grant will provide DKT International with the capacity to “quickly expand their stockpiles of condoms, various contraceptives and equipment for medical abortions before the effects of corona pandemic make it difficult to get hold of these.”

But the Swedish government is not alone in pushing abortion on the nations of the world amidst the global COVID-19 pandemic.

A webpage on the World Health Organization’s (WHO) website devoted to sexual and reproductive health in the context of the COVID-19 pandemic encourages self-managed care for “safe abortion” during the pandemic.

The WHO’s webpage highlights a report the WHO published last year that provides health systems recommendations for self-managed care. In the report, the WHO urges governments and public health systems to allow women to have pill-induced abortions at home up to 12 weeks gestation without the supervision of a healthcare provider in circumstances where women “have a source of accurate information and access to a health-care provider should they need or want it at any stage of the process.” The WHO recommends that women be permitted to “self-assess[ ]” themselves for their eligibility for the abortion pill, essentially allowing the average lay person with no medical training to self-prescribe for themselves abortion-inducing drugs without prior medical evaluation.

This is medical malpractice on a global scale.

Incomplete abortions occur when pieces of the baby or the placenta remain in the uterus. If left untreated, it can lead to life-threatening infections and sepsis. During clinical trials for the abortion drug Mifeprex, nearly 1% of all women in foreign countries participating in the trial had a continuing pregnancy after taking the abortion pill and nearly 4% required surgery to treat excessive bleeding or incomplete abortion.

According to adverse events records kept by the U.S. Food and Drug Administration (FDA), as of 2018, at least 22 deaths have been associated with the use of the abortion pill (mifepristone) in the United States. The U.S. FDA has also received notification of 11 additional cases where women in foreign countries who, after taking the abortion pill, died from symptoms ranging from sepsis, stomach rupture, severe hemorrhaging, and toxic shock syndrome. Of the 11 women in foreign countries that the FDA is aware of who died after taking the abortion pill, one of them was a volunteer for a clinical trial, a context where monitoring of symptoms is likely to have been close and access to medical care likely readily available.

However, adverse events reporting is voluntary for physicians and consumers. And physicians and consumers in foreign countries are probably less likely to submit a report to the FDA in the event of a complication resulting from the abortion pill. Additionally, the FDA only receives reports for drugs registered in the United States which does not include other popular abortion pill brands sold in foreign countries.

A recent public statement issued with the support of over 30,000 physicians in United States strongly condemned efforts to continue providing elective abortion services during the COVID-19 pandemic and statements “which falsely characterize elective abortion as essential healthcare.”

According to the physicians’ statement, approximately 5% of women who take the abortion pill eventually need to report to the emergency room for evaluation, most often for excessive hemorrhaging. “Emergency room personnel – who are already struggling to meet the demands of the COVID-19 pandemic – will be further strained to provide care to these women,” the statement read.  How will this even be possible in the African context, where the nearest hospital may be many miles away?

The United Nations Population Fund (UNFPA) has also been urging governments to ensure uninterrupted access to abortion during the pandemic. An interim technical brief recently issued by UNFPA calls on governments to: “Ensure women’s and girls’ choices and rights to sexual and reproductive health is respected regardless of their COVID-19 status, including access to contraception, emergency contraception, safe abortion to the full extent of the law.” The technical brief also advises governments to “encourage” women who have recovered from a COVID-19 infection to seek abortion services “to the full extent of the law.”

This seems a backhanded way of saying that, when women come to African health clinics to be treated for the coronavirus, they should also be propagandized about the benefits of abortion. Health care in Africa has often been directly tied to population control programs in this way.

Hospital intensive care units (ICUs) capable of treating COVID-19 patients with acute life-threatening respiratory distress are also sparse in African countries. While the U.S. has nearly 200 ICU beds per million people, sub-Saharan countries such as Uganda and Eritrea have only 1 ICU bed for every million people. According to the WHO, there are only 5,000 intensive care beds collectively in 43 countries in Africa.

An article from the Associated Press recently reported that African countries have pooled together their financial resources to purchase 400 ventilators, a shipment which will be split up and shared among 54 African countries. According to the Washington Post, Chinese billionaire and co-founder of Alibaba Jack Ma has also pledged to donate 500 ventilators to the continent.

But sub-Saharan Africa also faces many other challenges in addition to the pandemic that wealthy developed nations have not had to face.

Even access to clean water and soap will be an immense challenge in the poor rural areas of the continent. According to the World Bank, only one-fourth of people living in sub-Saharan Africa have access to basic handwashing facilities such as soap and clean water.

The fragile economies in many African countries are also likely to be far greater impacted by the virus and the loss of GDP due to quarantines than economies in the West. According to the World Bank, as of 2015, 86% of people living in sub-Saharan Africa live on $5.50 per day. Many Africans have little or no savings and the government has less ability than governments of the West to provide emergency aid to its citizens. According to a recent article from the BBC, UN officials have said that the 2019 novel coronavirus pandemic could push 30 million Africans into poverty.

According to estimates from the Imperial College London, sub-Saharan Africa could see between 300,000 and 1.2 million deaths due to COVID-19 by the end of the year.

Yet, the Swedish government believes what Africans really need is abortion and contraception.