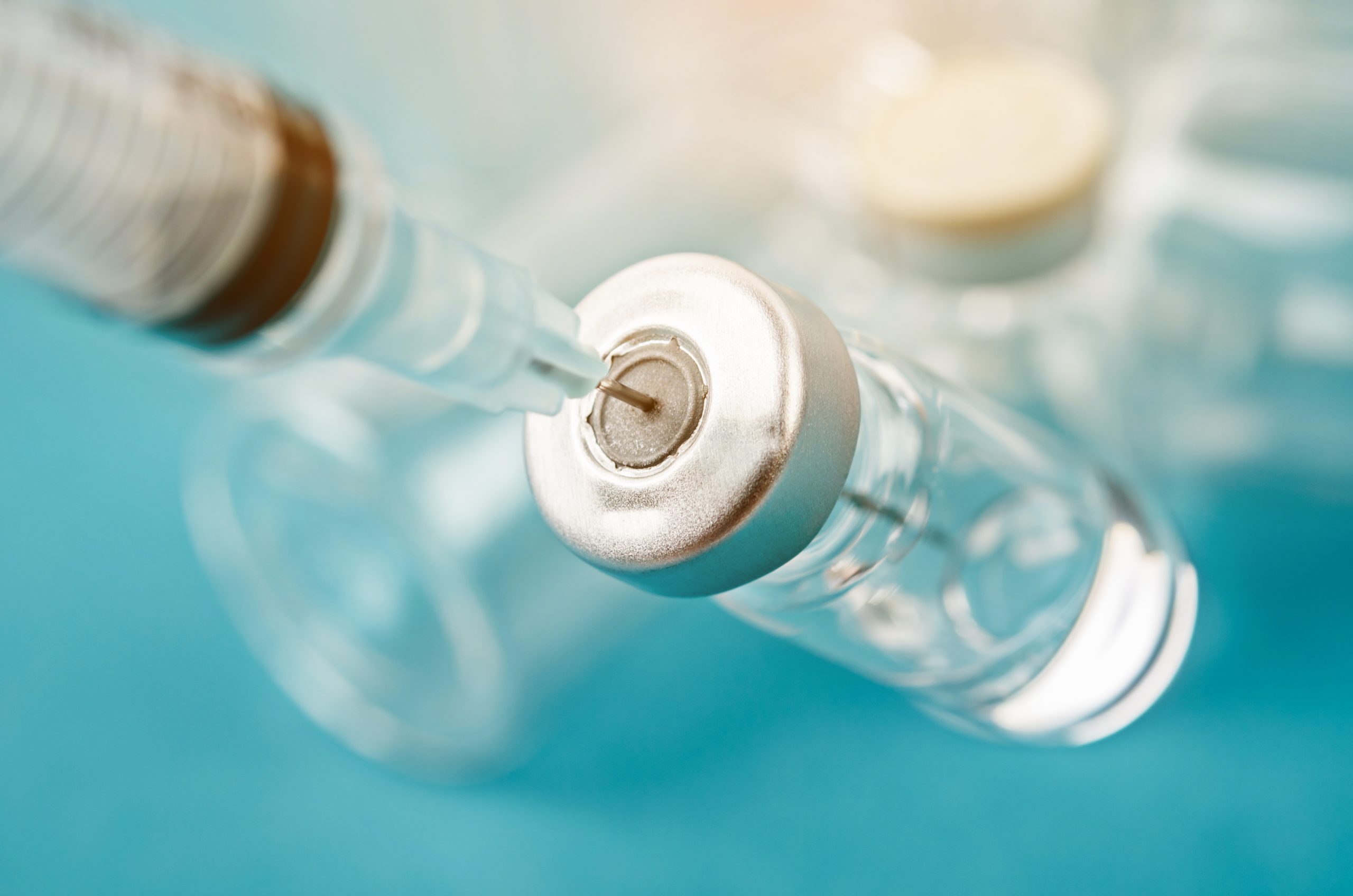 While China Lies About the Wuhan Flu, America Races for a Cure

The Chinese Coronavirus has now spread to a reported 165 countries.  But the rulers of the country where the pandemic started have good news:  They have, they declared, won a complete and total victory over the dangerous pathogen.

On Thursday, Chinese propaganda outlets reported that there had been “no new infections of the novel coronavirus” in Wuhan, which is ground zero in the global pandemic.  As for China as a whole, they cited the National Health Commission as saying that “domestic transmissions are zero.”

The Chinese Communist Party is now touting their “success” in stopping the virus in its tracks as a model for other countries to follow.  “Learn from China,” is the latest Party line.

Were all of this true, it would be the fastest end to a pandemic in human history.  It would also be a stirring tribute to the sheer efficiency of Chinese-style socialism, and a redemption of sorts for the country that caused the problem in the first place.

But of course it isn’t true at all.  It is sheer fabrication, no sturdier than the shoddy warehouses that were put up in a week to house the victims of the Wuhan virus.  It is just one more piece of Chinese propaganda to add to the ever-growing pile of lies that Beijing has been telling these past three months.

Ask yourselves what is the likelihood that China has actually reduced the number of new cases to zero, as it claims?  That in the entire 1.3 billion people of China there is not a single new case?  I would say that the likelihood of this happening is about the same as the CCP discovering a cure for cancer, establishing a base on Mars, and inventing faster-than-light interstellar travel—all on the same day.

What the Communist leadership of that country did was much simpler.  It simply directed doctors across China to stop diagnosing and reporting new cases of the disease.  Overnight, new cases dropped to zero.

Who needs medicine, when you can just “cure” disease by fiat?

The Beijing regime has worked hard over the past few weeks to create the narrative that it was quickly getting the epidemic under control.  For example, there is evidence that some local jurisdictions have been deliberately underreporting the number of patients who test positive for the virus. Whether this is being done in response to a national directive, or simply to conform to the official narrative is not clear, but the result has been falling numbers of infected.

Remember the makeshift detention centers masquerading as “hospitals” that were built in a week?  They have all been emptied out in a hurry, with many of the occupants sent home while reportedly still testing positive for the disease.

Their continued presence in the centers interfered with the narrative the Party was trying to promote, and so they had to be sent home.

Finally, at least one province is requiring all government offices to destroy all “documents and data” they may have received concerning the epidemic.  This, again, is being done so that the official narrative of unbridled success can stand unchallenged.

In Beijing, the hospitals have cancelled all elective procedures.  This, too, suggests that they are still trying to cope with an influx of coronavirus patients.

There is little doubt that the disease continues to percolate through the population.

The only thing the Party’s effort to redeem itself in the eyes of the world has actually accomplished—aside from making hundreds of millions of people roll their eyes—is make it more difficult for those in China who have the disease to find treatment.

In contrast to the Fake News out of China, there is real news from the United States and its allies. A common anti-malarial drug, chloroquine, shows promise as a possible treatment.

Chloroquine may not only be effective in treating the Chinese Coronavirus, but may also prevent one from catching the disease in the first place.  In countries where malaria is common, many take chloroquine to protect themselves against it.

As the map shows, those African, South American, and South Asian countries that have malaria are reporting almost no cases of the virus.

This suggests that chloroquine might be used to prevent, as well as treat, the disease.  We will see.

I believe, under President’s Trump’s leadership, we will relatively soon have the Chinese Coronavirus under control in the United States.  We are trying out new treatments daily, and mobilizing our vast resources in public-private partnerships to save lives in the U.S. and around the world.

I do not want to minimize the challenge that we now face as a people.  This Chinese Coronavirus can only be defeated if we all work together to protect one another from its spread.  It is a time to put aside our differences and focus on the tiny enemy that is invisible to the human eye.

At the same time, we should never forget that real enemy here is not the virus, but the corrupt and tyrannical political system that, through its evil and incompetence, unleashed this plague upon the world.

If the Chinese Communist Party had simply allowed medical professionals in China and around the world to do their job at the outset of the outbreak, the Chinese Coronavirus could have been confined to Wuhan proper.  Instead they put politics first, lied to their own people and the world, and they are still lying today.

One final point:  I always knew that the United States would have to save the world from Chinese tyranny at some point.  I just did not imagine that it would be in this way and at this time.

But with God’s help and much prayer, we will prevail. 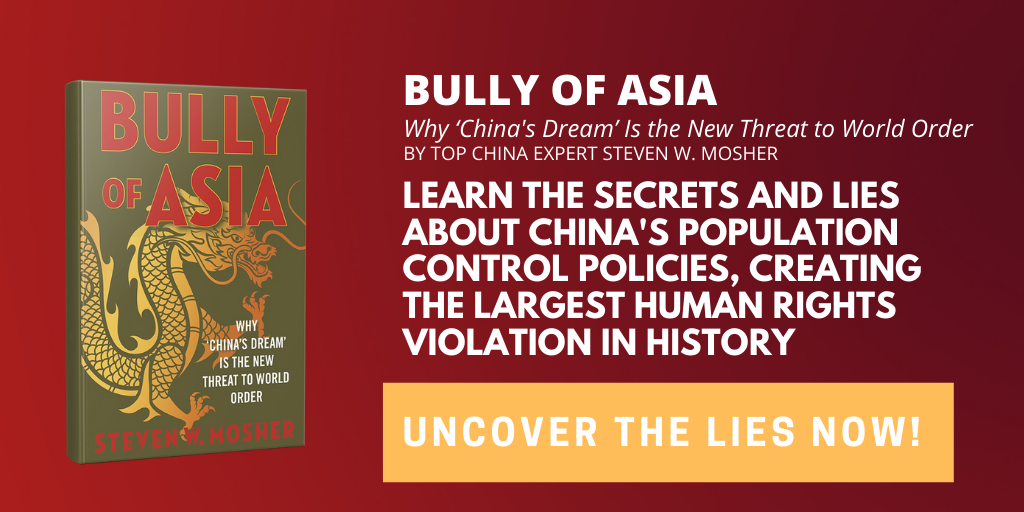 Steven W. Mosher @StevenWMosher is the President of the Population Research Institute and the author of Bully of Asia: Why China’s Dream is the New Threat to World Order.  This article first appeared on LifeSiteNews on Friday, March 20.

3 thoughts on While China Lies About the Wuhan Flu, America Races for a Cure