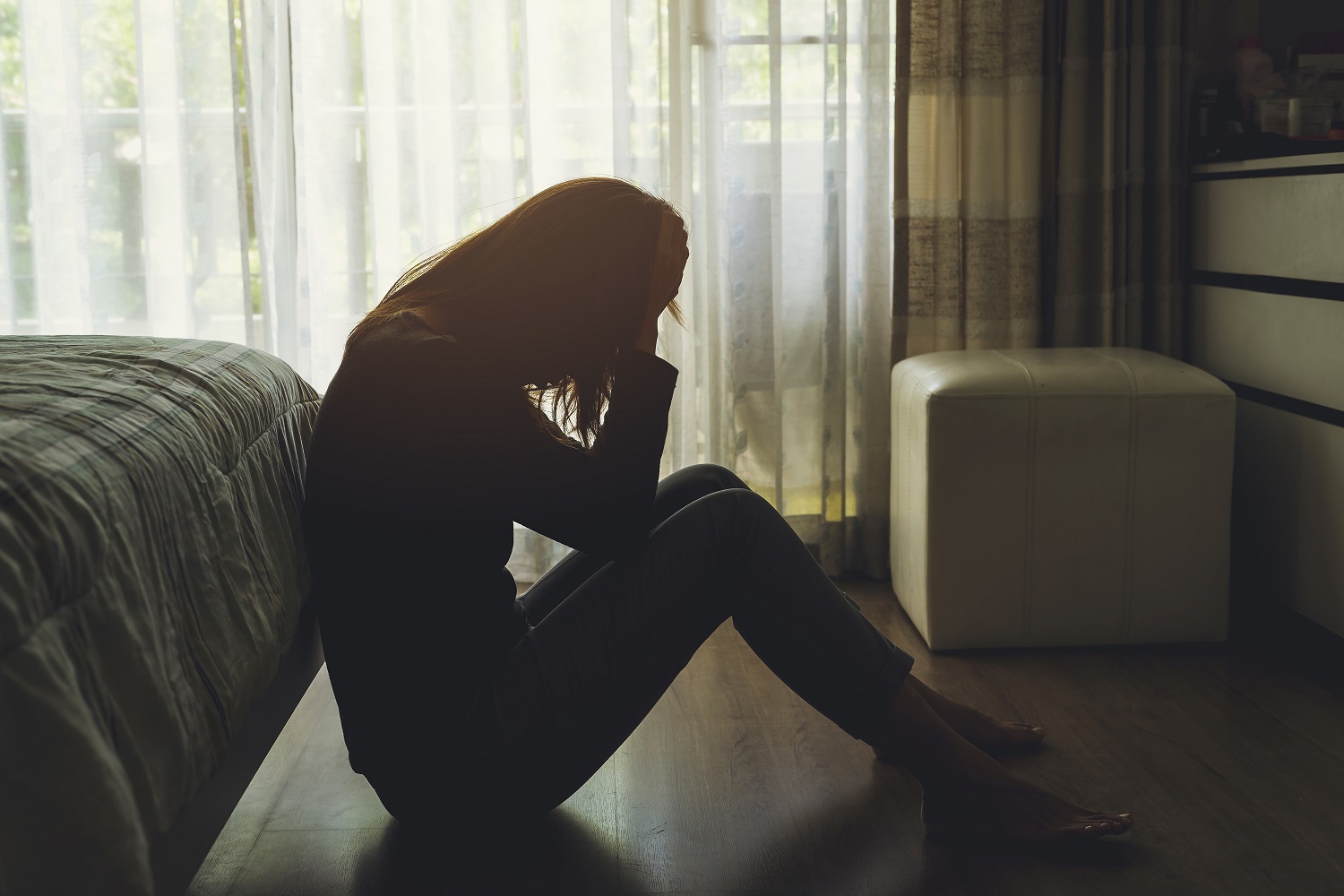 After years of litigation and sustained pressure from thousands of women who have reported injuries and other adverse side effects from the Essure sterilization coil, Bayer, the device’s manufacturer, has announced that it will discontinue selling Essure in the United States by the end of the year.

In a press release last Friday, Bayer announced that it would cease selling or distributing Essure after December 31st. Bayer also notified the U.S. Food and Drug Administration (FDA) on Friday of its decision to withdraw the device.

Since Essure was first approved by the FDA in 2002, the FDA has received nearly 27,000 adverse events reports associated with the device including reports of persistent abdominal pain, severe allergic and autoimmune reactions, bleeding, bloating, hair loss, headaches, device migration, device breakage, and perforation of the uterus, fallopian tubes or other organs. Bayer has also independently received over 30,000 complaints for the device.

Thousands of women across the country have coalesced together through Facebook groups and organized protests to speak out against Essure and have called on the FDA and Congress to ban the device. One such Facebook group called Essure Problems has 36,000 members.

As of mid-April, 16,800 women have joined lawsuits against Bayer, suing the pharmaceutical giant for various adverse side effects or injuries sustained while using Essure. Bayer currently also faces at least two Essure-related class-action lawsuits in Canada.

The Population Research Institute (PRI) has long spoken out against Essure due to the sterilization device’s potential to cause chronic pain, irritation, and other serious side effects detrimental to women’s health and dignity.

Bayer maintains that its decision to withdraw Essure from the U.S. market is unrelated to the device’s safety. “[O]ur decision to discontinue sales is for business reasons, and not for any safety or efficacy concerns about Essure,” Bayer stated in Friday’s press release.

Despite mounting complaints and lawsuits, Bayer continues to insist that Essure is safe to use. Bayer has made clear that it “continue[s] to stand behind the product’s safety and efficacy.”

Bayer claims “inaccurate and misleading publicity” and other market factors have contributed to rapidly declining sales for Essure, and that as a result, offering the sterilization device is “no longer sustainable” for the company.

According to the FDA, sales of Essure fell by 70 percent after the FDA in 2016 required Bayer to conduct a post-market study on Essure and after the FDA required sterilization inserts like Essure to include a boxed warning and a patient consent form in the product labeling. The United States is the only country that Bayer still markets its Essure sterilization system. Bayer has already withdrawn Essure from the U.K., France, Canada, Brazil, South Africa and other countries and had announced in September 2017 that it would cease offering Essure in any country outside of the United States due to declining sales.

While Bayer’s announcement of discontinuing product sales of Essure in the U.S. is sure to be welcome news to many of the thousands of women who have suffered debilitating side effects from the device, Bayer, in its latest announcement, stopped short of immediately halting all Essure sales. According to Reuters, doctors in the U.S. will still be able to continue offering Essure to patients until the end of 2019. And despite receiving an exceedingly high number of complaints from the device, Bayer has made no indication of any plans to issue a of product recall or provide compensation.

Bayer has also shown no intention in backing down in the Essure lawsuits either, stating earlier this year that the company “believes it has meritorious defenses and intends to defend itself vigorously.”

Some women continue to suffer adverse side effects and sequela from Essure even after having the device surgically removed. So far, Bayer has not made any indication of plans to voluntarily compensate the thousands of women who have been harmed by the device.

Essure is a sterilization device that is non-surgically inserted into the fallopian tubes. The device consists of a stainless steel coil coated in plastic (polyethylene terephthalate (PET)) and encased in an outer coil made from a nickel-titanium alloy. When inserted into the fallopian tubes, the PET fibers trigger a foreign-body response, causing inflammation in the surrounding tissue. This causes the surrounding tissue to grow into the device and become enmeshed with the outer coil, thereby causing over time complete tubal occlusion and permanent sterilization. The Essure coils remain lodged in the woman’s body for life.

During clinical trials for Essure, many women reported adverse side effects after having the device inserted including pain (12.9 percent), nausea/vomiting (10.8 percent), dizziness/light headed (8.8 percent), and bleeding (6.8 percent).

Since the device has been on the market, many women have reported experiencing any number of a range of adverse side effects/events including persistent pain (including sharp abdominal pain, painful cramping and periods, or back pain), severe autoimmune responses, rashes, hair loss, weight gain, bloating, fatigue, ectopic pregnancy, and other symptoms. There have also been reports of device migration, device breakage or perforated organs among women using Essure. The FDA has received approximately 9,000 reports of cases where women using Essure were required to undergo surgery to have the device removed, in most cases via hysterectomy. Worse still, adverse events reports have recorded four deaths and five miscarriages among women who have had an Essure insertion, though it is uncertain whether Essure was directly responsible in these cases as FDA MAUDE (adverse events) reports typically do not provide enough information to prove causation.

Bayer’s recent decision to withdraw Essure from the U.S. market comes after many years of controversy surrounding the device. The Essure sterilization system was originally developed by Conceptus, Inc., a U.S.-based contraceptive device development company. In 2002, the FDA granted approval to Conceptus to market Essure in the U.S.

Although Conceptus applied for Essure under Class III device classification, the strictest classification available for an FDA-approved medical device, the FDA fast-tracked the application, granting Essure an expedited review due to the fact that the FDA at the time claimed the device “offers significant advantages over existing approved alternatives.” As a result, Conceptus was not required to randomize its clinical trial study for Essure which was conducted without a control group. And, prior to the device being approved, Conceptus was only required to conduct a one-year follow-up with women after device insertion during clinical trials. While the FDA did require Conceptus to submit a five-year follow-up study, by the time Conceptus submitted its study in 2008, Essure had already been on the market for several years. Moreover, approximately 30 percent of women in the five-year study were lost to follow-up, seriously compromising the robustness and validity of the study.

As the only non-surgical method of sterilization available, Essure, when it was first introduced, was widely believed to be a safer, faster, and less invasive option for female sterilization. Essure offered to significantly cut back on patient recovery time and on health facility costs associated with traditional tubal ligation. Health insurance companies also appreciated the low costs associated with Essure and reportedly reimbursed physicians nearly twice as much money with Essure than with surgical sterilization procedures, a dynamic which undoubtedly created an incentive for doctors to offer Essure over other sterilization methods.

After the FDA received approximately 5,000 adverse events reports for Essure, the agency held a public hearing on the device in September of 2015. In February, 2016, the FDA ordered Bayer to conduct a post-market surveillance study to investigate the safety and efficacy of Essure. Since then, Bayer has periodically reported back to the FDA its interim findings. Both Bayer and the FDA have confirmed that the study will continue until its scheduled conclusion in 2023.

In October 2016, the FDA issued a guidance recommending that sterilization devices like Essure include a boxed warning and a Patient Decision Checklist to ensure informed consent and that patients were made aware of the risks of using the birth control method. In November, Bayer adopted the FDA’s recommendations and added the boxed warning and patient checklist to the Essure labeling. The FDA, however, stopped short of making the patient checklist mandatory and doctors were not required to have their patients sign the checklist acknowledgements. As a result, some providers at that time, such as Planned Parenthood, opted not to ask patients to sign the Patient Decision Checklist.

In April of this year, the FDA issued an order prohibiting the sale or distribution of Essure to any physician who does not obtain the proper informed consent from their patients prior to installing the coil. As a partial reversal of its October 2016 decision, the FDA now makes it mandatory for all physicians offering Essure to review the checklist with their patients. Doctors offering Essure are required to sign the document and are required to give patients the opportunity to sign the checklist acknowledgments.

Although the FDA has the authority under federal regulations (21 CFR 810) to issue a mandatory recall of any medical device that the agency believes has a “reasonable probability” to cause “serious, adverse health consequences,” the FDA has declined to invoke its authority to stop the sale or distribution of Essure in the U.S. The FDA has not made any indication that it plans to do so in the near future either. Despite receiving over 27,000 adverse events reports on Essure, it appears that the FDA will simply allow Essure sales to continue until Bayer voluntarily fully phases out the product by the end of 2019.