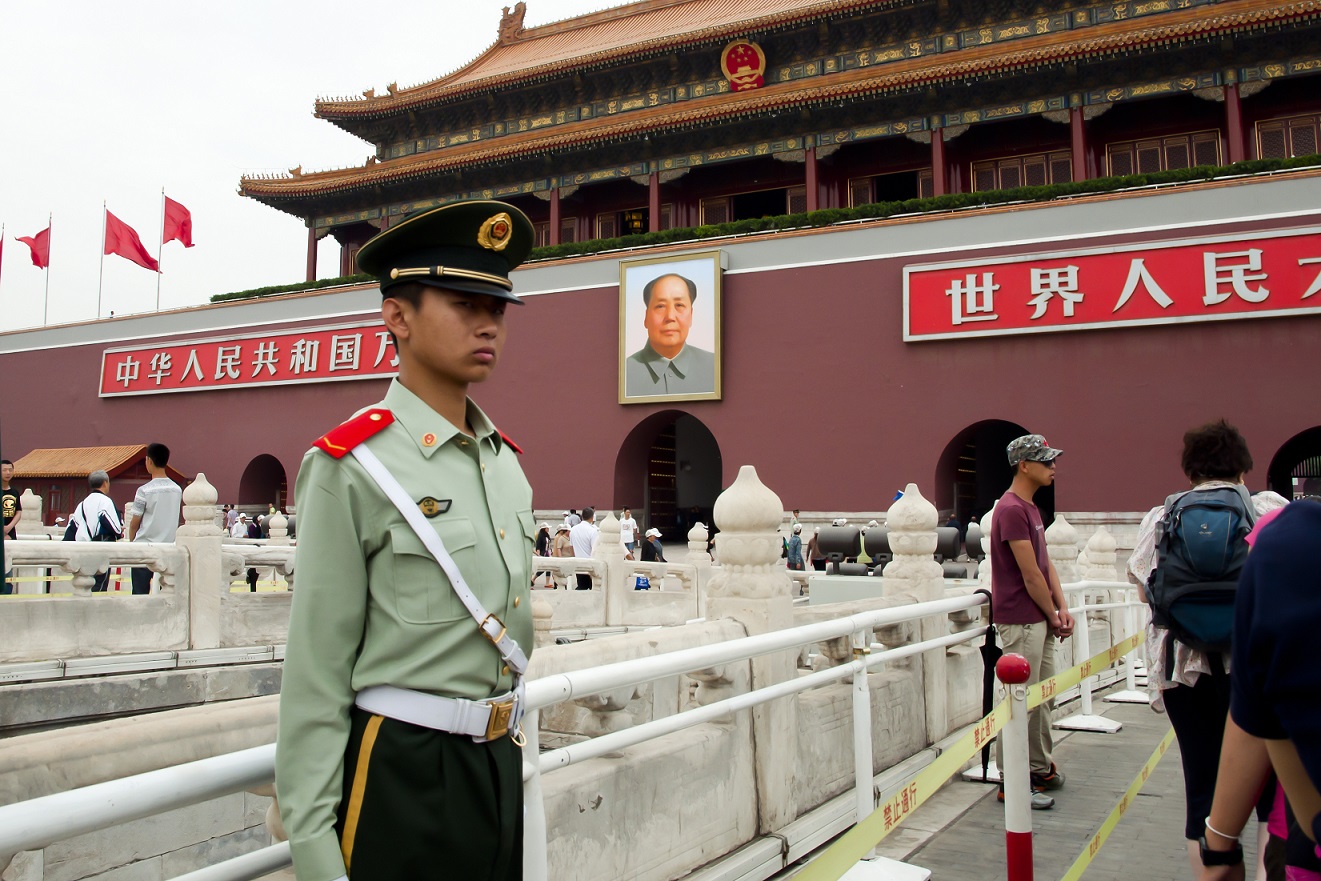 The decision means that the proposed Vatican-China agreement would not merely be a surrender of the Chinese faithful to the Communist Party—it would be an utter betrayal of the faith.

This article originally appeared on One Peter Five

On March 22, the Chinese Communist Party announced that all “religious affairs” in China would henceforth be supervised by a shadowy Party office called the “United Front Department.” The former government agency responsible for Catholic and other believers–the State Administration of Religious Affairs bureau (SARA)—has been summarily abolished.

The reorganization attracted little attention outside of China, but it is certain to have unpleasant repercussions for Chinese believers. I believe that this move means that the persecution of Catholics and other believers is about to get much more intense, perhaps rising to levels not seen since the dark days of the 1950s.

The change also means that, in all probability, the draft agreement between the Vatican and Beijing that has been under discussion for years is now a dead letter. In fact, signing it now would mean more than surrendering papal authority over the appointment of bishops to the Chinese state, as bad as that would be. Signing it now would be a betrayal of the faithful into the hands of a new Red Emperor who seems to have a particular animus towards Christians, especially Catholics, and who seems determined to suffocate and extinguish the faith throughout his empire.

It is no secret that religious liberty–despite being guaranteed by the PRC Constitution–has always been severely restricted in the People’s Republic of China. But to understand why putting religious affairs into the hands of the CCP’s United Front Department bodes so ill for Catholics you need to understand the purpose of the Department and its work.

The United Front Department was created by Chairman Mao Zedong to co-opt and control non-Communist organizations and individuals during the Chinese civil war. Its efforts were so successful that Mao called it one of the three “magic weapons” that helped the revolution to succeed. (His other two “magic weapons” were propaganda and, not surprisingly, the Red Army.)

After the civil war, the United Front Department was re-tasked with serving the Party leadership by coercing various groups, such as intellectuals and businessmen, into actively collaborating with the newly established “people’s democratic dictatorship.” Now that Catholics have been brought under the Department’s purview, the same kind of pressure will be exerted on them, and the same kind of active collaboration demanded of the Patriotic Catholic Church with the regime and its goals.

The work of the United Front Department, in other words, will not be limited to merely ensuring that Catholic bishops, priests, and laity comply with the regulations governing religious activity. If that was the only issue then SARA, which was already enforcing such regulations on Catholics, would not have been abolished.

Nor does the move simply mean that the Church will be losing the (already very limited) freedom of action it once had, although this is also absolutely the case.

Rather, putting the United Front Department in charge of religious affairs means that the Party leadership is determined to make the Patriotic Catholic Church into an active “agent of control” for the regime with a single purpose: to subvert and undermine the faith of the millions of Catholics in China, and to prevent them from spreading the faith to others, including their own children. It is nothing less than a hostile takeover—an expropriation if you will—of the Catholic Church in China.

Like Chairman Mao, Xi Jinping hungers for ironclad control over Chinese society and is turning to the United Front Department to accomplish this end. Channeling the late chairman, Xi likewise declared in his October 2017 speech to the National People’s Congress that “United Front work is an important magic weapon for the victory of the Party’s cause.”

Even Chinese officials, who are trying to sell the reorganization as a way of enhancing the “efficiency of government,” acknowledge that it is an effort to assert control over believers. “It means management of religious affairs and ethnic issues will be stepped up,” says Yang Shu of Lanzhou University. “And we could see the authorities taking a tighter grip than before.”

The new “Regulations for Religious Affairs” which came into effect on February 1, are already being rigorously enforced. Students and Party members have been warned not to participate in religious activities. Churches have been told to keep minors from attending Mass, and catechism classes and summer camps are now off-limits.

Churches continue to be defaced by having their crosses and statues removed, or even demolished entirely. Priests in the Underground Church have been ordered to register for a “clergyman certificate” so they can be monitored and supervised. Even the sale of Bibles has been banned as the United Front Department prepares a “Sinicized”—that is, Party approved—version.

Like the other organizations controlled through the United Front Department, the Patriotic Church will henceforth be expected to behave like an arm of the Chinese Communist Party in carrying out the will of the “people’s democratic dictatorship.” Homilies will be expected to praise the existing order (led by “Core Leader” Xi Jinping), and to promote the official ideology (known as “Xi Jinping thought”).

As for the Underground Church, it will simply be annihilated, insofar as it is within the regime’s power to do so.

It is not hard to see that there is an irreconcilable contradiction between the impending demands of the United Front Department and the demands of the Catholic faith.

United Front tactics will be used, as they were in the late 1950s, to complete the subversion of the Catholic Patriotic Church into an agent of the state. Then the Church itself will be used to force the ideological assimilation of all Chinese Catholics into the political order—the people’s democratic dictatorship—that Xi Jinping controls. It is impossible not to conclude that Xi’s ultimate goal is that same as Mao’s was, namely, the total eradication of this “foreign” religion from the soil of China.

The agents of this subversion will be Patriotic Catholic Bishops like Bishop Peter Fang Jianping of Tangshan, one of three compromised bishops who are members of China’s rubberstamp parliament, the National People’s Congress.

Bishop Fang eagerly promotes Xi Jinping’s call for the “sinicization of religion,” which is the idea that religion should chiefly serve the interests of the Chinese Communist Party that Xi himself leads.  The reason why Catholics should support the Party and its leader, according to Fang, is “because we, as citizens of the country, should first be a citizen and then have religion and beliefs.”

Such a formulation—which gives the Chinese Caesar pride of place–leaves no doubt where Bishop Fang’s primary loyalty lies.

Faced with a similar choice between secular and sacred authority, St. Thomas More famously said, “I am the King’s good servant, but I am God’s first.”

Bishop Fang would turn More’s affirmation of the faith on its head. He is saying, in effect: “I am God’s good servant, but I am Emperor Xi’s first.”

While it is true that the English bishops, with the exception of the martyred Cardinal John Fisher, followed Henry VIII into schism, one might add that at least Henry still claimed to be Christian.

Fang and some of his fellow Patriotic bishops, several illicitly ordained, are in effect endorsing the creation of a state church headed by a Communist dictator intent upon its destruction.

This is obviously a nonstarter for faithful Chinese Catholics, whose primary loyalty is to the Magisterium, not to the current leader of the Communist Party. While Bishop Fang may insist that all Chinese Catholics follow him into schism, it is safe to say that most will not do so. Many will continue to practice their Catholic faith in the Underground Church, while others will leave the faith entirely.

If the Vatican signs an agreement with the Party leadership accepting the newly “Sinicized” Patriotic Church, it will only exacerbate an already worsening situation. It will be seen as a rank betrayal by the Chinese faithful, and might well accelerate their exodus from the Church.

Bishop Fang’s new puppet masters at the United Front Department, on the other hand, would be delighted to have the Vatican endorse the schismatic national church that they now control. The demoralization of the faithful that would follow the signing of such an agreement would be an added bonus, since it would help them to achieve their ultimate goal: the wholesale elimination of Chinese Catholicism.

The Vatican needs to stop hobnobbing with those members of the Patriotic Church, such as Bishop Fang, who are wholeheartedly collaborating with the same Communist Party leadership that is daily tightening the screws on our co-believers in China.

Instead, the Holy Father should be leading us in offering up fervent prayers and concrete aid to the suffering Church in China. If the past is any guide, the suffering and persecution of our co-believers in China is about to get much, much worse.