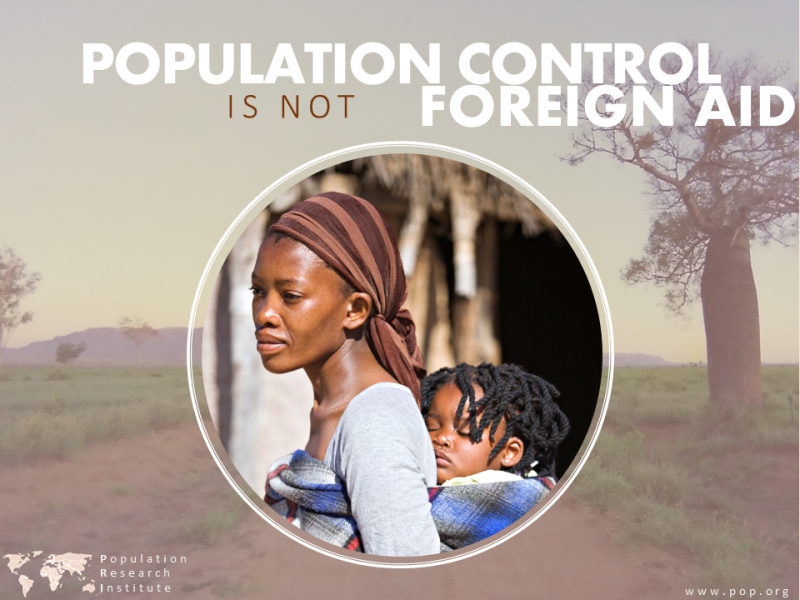 The language of the e-mails is hyperbolic and hate-filled. They come from population control groups that are indignant about the House of Representatives Bill which would re-institute the Mexico City Policy.

The language of the e-mails is hyperbolic and hate-filled. They come from population control groups that are indignant about the House of Representatives Bill which would re-institute the Mexico City Policy.

They call it a “Mean-spirited, anti-women agenda.” And they say it’s “Playing ping-pong politics with women’s lives,” “Out of touch,” and “Inconsistent with U.S. policy.”

And that’s just in the headlines!

So just what is this “mean-spirited” Mexico City Policy? Put simply, it prohibits US taxpayer dollars from going to organizations which “promote or perform abortions” as a part of “population planning activities or other population assistance.”

What could be wrong with that? It’s a sensible policy, first put in place in 1986 under President Reagan, and which is supported by a majority of Americans. The fact is a substantial majority of Americans oppose using taxpayer money to fund abortions at home and certainly do not want to export it abroad.

Not so the population control lobbyists, however. They believe that they have a duty, no less than a right, to promote abortion everywhere in the world, especially where it is illegal. This is why they call the Mexico City Policy a “Global Gag Rule.” It “gags” them, preventing them from using U.S. taxpayer dollars to try and overturn existing pro-life laws in Africa and Latin America.

It also bars them from using U.S. taxpayer dollars to actually perform illegal abortions overseas. This infuriates them because they believe that abortion is a “woman’s right” regardless of what the local laws say.

Finally, they are convinced that abortion is necessary to control population growth and to save women from dying in childbirth. That is why they accuse pro-lifers of “killing women in the name of partisan politics.” (Never mind that the actual legislation contains a “life of the mother” exception; these people are not troubled by mere facts.)

There are multiple problems with the Obama administration’s policy of promoting and performing abortions everywhere in the developing world. Firstly, this undermines our efforts to promote democracy and human rights.  While the Senate version of the bill contains a pro forma prohibition on lobbying (“none of the funds made available under this act may be used to lobby for or against abortion”), the efforts of International Planned parenthood Federation and other U.S.-funded population control groups to legalize abortion in country after country are well-known and will continue–prohibition or no prohibition.

Such efforts not only violate local laws, they undermine our foreign relations. It creates a very bad impression when the United States, in conjunction with the major colonial powers, tells countries only recently freed from colonial domination that they should abort a good percentage of the next generation. Pushing abortion on underdeveloped nations through “population planning” programs only serves to remind their citizens of their not-so-distant past as conquered peoples.

Last year, a young Nigerian woman wrote a passionate plea to U.S. pro-lifers complaining about the programs of our government:

“We are thirsty and they give us condoms! We are hungry and they offer us contraceptive pills! We are sick and they offer us the most modern techniques of abortion! We are naked and they lead us into the arms of sexual hedonism! We are imprisoned by poverty and they offer us sexual liberation!!! Silent tears roll down for Africa in a modern world that can neither see our pain nor hear our cry for help.”

She was spot on. The Obama administration is more interested in aborting the thirsty, sterilizing the hungry, and contracepting the naked than engaging in true charity. It is more interested in funding its abortion-minded U.S. partners (in return for votes and campaign contributions) than in actually helping people on foreign shores. 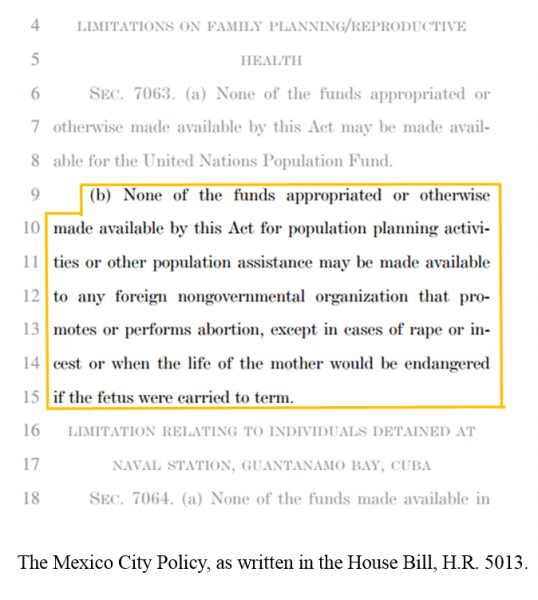 Reinstituting the Mexico City Policy would not stop all of this abuse and corruption, but it would be a start. It would protect women from the worst excesses of population control efforts and help to salvage our country’s image around the world.

Let your Congressman and Senator know that you support the Mexico City Policy. It will save lives.