Population Research Institute welcomes the birth of little Chonalyn Sentino. Baby Chonalyn was born this past Sunday to parents Clemente and Dailin, and was feted in the Philippines as “Baby 100 Million.” PRI welcomes Baby Chonalyn as well, saying that she will be a blessing to her family, her community, and her nation.

The Philippines is one of the largest Catholic countries in the world, and its people value children. For this reason, it has been a target of the population controllers for decades. It was one of the countries singled out by Henry Kissinger’s National Security Council in 1974 for special “attention” and, more recently, has been bullied by the Obama administration into passing its first population control law.

The bill, which was touted as being all about promoting “reproductive health,” was actually intended to drive down the birth rate. For example, section 15  requires that all couples receive a “Certificate of Compliance” from the local Family Planning Office before becoming eligible for a marriage license. 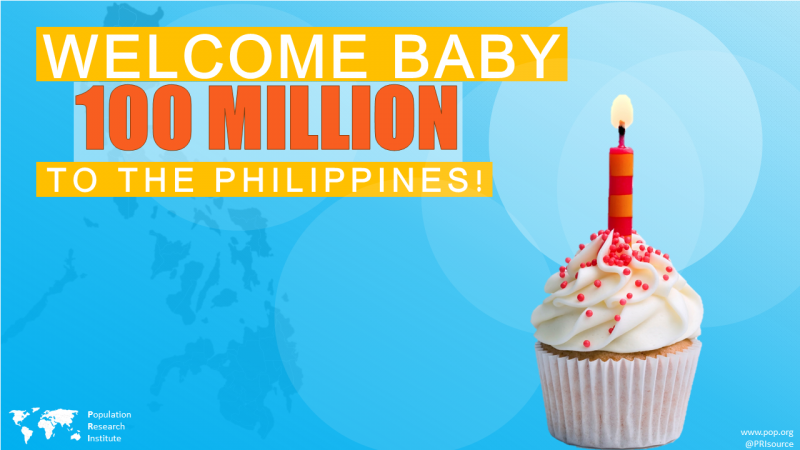 Some in the Philippines are decrying Chonalyn’s birth, repeating USAID’s talking points about the “dangers” of overpopulation. They welcome Chonalyn as an individual little girl, while simultaneously calling for future little girls and boys to be removed from existence.

The Philippine Star wrote that the birth symbolized a “large population that will put a strain on the country's limited resources.” Another paper cited the executive director of the official Commission on Population who bluntly said “We'd like to push the fertility rate down to two children per (woman's) lifetime.” And the Global Post cited “concerned advocates” who thought the current population was not a “complement with the country's economic growth.”

But many other Filipinos aren’t buying into the anti-people hysteria. Francisco Antonio, a Filipino Chemical Engineering graduate student at Yale, adamantly rebutted the notion that there are too many Filipinos, saying: “I celebrate life because population control is defeatism disguised as pragmatism. And because human creativity holds more potential for protecting this planet and its inhabitants than any other resource I know of.”

A Filipina currently living in California told PRI that she welcomed the transition of her country to 100 million persons: “Filipinos are not a burden to the world population, because we not only care for our own but also for others in the world. One of the greatest and most sought after exports of the Philippines is our skilled, motivated, and exemplary workforce. And these workers tirelessly cultivate their family and community abroad and in the Philippines. We are a very social and civic minded people. We care and share because it is part of our culture and we do it with a smile.”

Ed, a Filipino accountant, also celebrated the birth of Baby Chonalyn: “The typical Filipino does not associate a baby with ‘cost’ or ‘expense’ but rather as a ‘blessing’ and a ‘gift.’ This is because Filipinos recognize that true happiness does not come from the accumulation of material wealth or prestige, but rather, from true, genuine, and strong relationships with other people. [Filipinos] value life, not because the Church says or the Pope says so, but because they recognize it to be true. And the truth about the value of life, will continue to shine, long after the debates are over.”

It goes without saying that we at the Population Research Institute also welcome Chonalyn’s birth. We need more Filipinos, not fewer. 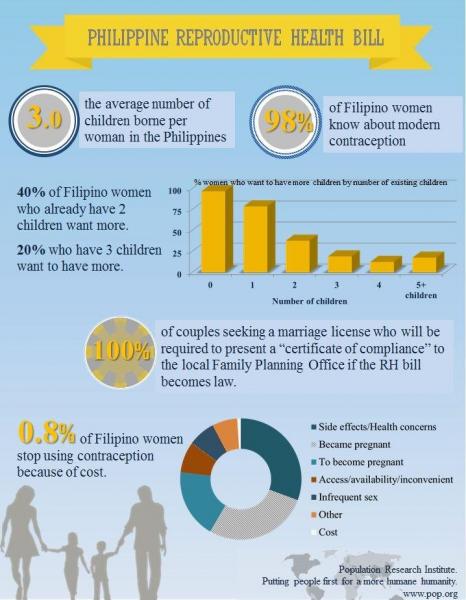