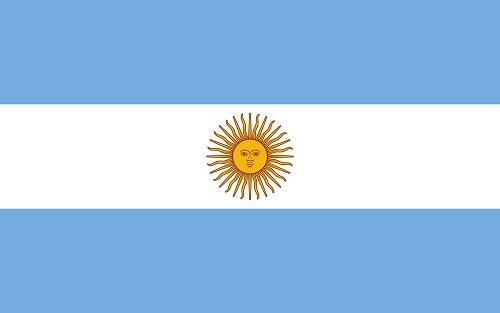 Victory in Argentina: How We Defeated the International Abortion Lobby and Protected the Right to Life

On August 9, 2018, pro-lifers in Argentina won a great victory, not just for Argentinians, but for the entire world. That country’s Senate voted down a bill to legalize abortion.

It was a close run. The bill had already passed the Argentinian lower house, called the Chamber of Deputies, and seemed unstoppable. Just two months ago, it did not seem possible to stop the bill in the Senate. But over the last few weeks pro-lifers organized, demonstrated, and began to put real pressure on their elected representatives.  The result was a victory for the right to life for the unborn child.

The Chamber of Deputies approved the pro-abortion bill on June 23, after a long day of fractious debate. Three lawmakers who had earlier said they would vote against abortion strangely changed their minds at the last minute.  They instead voted to legalize the death of unborn babies.

Many in Argentina were outraged by this betrayal of the country’s longstanding pro-life principles. Argentine politicians were quickly to learn just how dangerous it can be to their political careers when they bring upon themselves the wrath of the voters.

In order to become law, both chambers of the Argentinian parliament must approve it. So the battle for life, though lost in the House, could still be won in the Chamber of Senators.

The Argentinian parliament, with its upper and lower houses, is modeled upon the American Congress. Much like the U.S. House of Representatives, the number of lawmakers representing each province in the Argentinian Chamber of Deputies are elected according to number of people living in each territory. For example, the Province of Buenos Aires has 35 representatives while Tucumán, one of the smallest in the country, has only 9. In contrast, much like the U.S. Senate, each Argentinian province has the same number of senators. Thus, Buenos Aires and Tucumán have 3 senators each.

With the battle moving to the Chamber of Senators, pro-lifers were faced with a challenge: to convince a majority of the 72 senators to reject the bill. At the outset, this appeared to be nearly impossible.  But then something never before seen in Argentina began to develop: a mass movement in favor of Life.

A lawyer, Martín Zeballos, coined a phrase in an article he wrote for the newspaper Clarín.  “Argentina had a sleeping giant that has awoken,” Zeballos wrote, “and he has a sky-blue neckerchief.” Zeballos was referring to the sky-blue neckerchief that has become the symbol of those who defend the right to life. This is a symbol which recalls the sky-blue of Argentinian flag, and so the love of the unborn became synonymous with love of country.

On the other hand, pro-abortion activists wear green neckerchiefs. This color–the color of a dollar bill–quickly became identified with the international financial pressure on Argentina to legalize abortion. This “color blindness” turned out to be a major strategic blunder on the part of the pro-aborts.

Pro-lifers also won the messaging campaign, adopting a great slogan: “Let us save 2 lives.” This referred to saving both the child’s life and the mother’s, and helped to rally support to the pro-life cause.

Pro-lifers also suddenly woke up to the fact that they needed to become politically active. They realized that their senators were very attentive to pressure from the voters, and were acutely aware of the number of votes they need to get re-elected.

Originally, many pro-lifers thought that convincing lawmakers that abortion is a moral evil or medically unnecessary was the path to victory. That is, they thought that they needed to argue that life begins at conception and that laws must protect the right to life as a matter of science and morality.

More than 400 lawyers, doctors, biologists and even journalists testified before Congress in defense of the right to life in the various committees where the abortion bill was being considered. The lawmakers were unmoved. It soon became evident to pro-lifers that the legislators were not basing their vote on moral or scientific considerations, but solely on political considerations.

The sleeping giant had awoken. Pro-lifers began to visit their senators and say bluntly: ‘If you vote for abortion, I will not vote for you in the next election.’ This strategy payed immediate dividends, especially since the next elections are in 2019. Those lawmakers who wanted to be re-elected again as senators began to pay attention to the concerns of pro-lifers.  And pro-lifers, for their part, began to realize that political activism, previously nonexistent among pro-lifers, can make a real difference.

One by one, senators began expressing their “concern” that the abortion bill was “poorly drafted” and stating that they would be voting against it. The wave of political momentum to keep abortion illegal in Argentina started growing. By the time of the vote, even the country’s most important newspapers, Clarín and La Nación, recognized that the abortion bill would be defeated.

The miracle was the result of a lot of pro-life work, a lot of mobilization from normal, everyday people. But more than anything, it was the result of citizens realizing the power they have to act in a democratic society. Argentinian pro-lifers realized that this power needs to be exercised not through timid pleas, but by demanding that rights be respected.

In the weeks leading up to the vote, the streets were no longer a place for left-wing activists. But rather, pro-lifers occupied this space, to civilly demand that there can be no law to legalize abortion in Argentina. And pro-lifers achieved their goal.

After the hard defeat in the Irish abortion referendum, Argentina has now changed the axis of the abortion debate. Argentina has provided Latin America and the world with a good example of how people can stop the global anti-life tsunami. Pro-lifers can stop anti-life legislation even with only a small amount of funding, so long as they advance their cause with great passion and a clear focus.

The pro-life Argentine “sleeping giant” will stay awake and active. There are many people now who are engaged in the important political battles going forward. Groups that were formed to lobby against the abortion bill are already studying how to change other anti-life laws.

The next challenge for pro-lifers will be a bill that will revise the Criminal Code, which will be voted on soon. But they will be talking to politicians who will listen.  And they will be telling them: “We will be paying attention to how you’ll be voting on this bill, and we ourselves will only vote for politicians who will say not only promise to defend life, but actually fullfill their promises.”

The Argentinian political landscape has changed forever. Pro-life issues will no longer be a minor issue. And soon we will see more and more pro-life senators and deputies. Some will be pro-life as a matter of principal.  Others will be pro-life out of political prudence. But both of these groups will vote the right way. Because pro-lifers will be watching.

This victory sends very clear message to the rest of Latin America. Pro-life movements in other Latin American countries were closely following the situation in Argentina in solidarity with Argentine pro-lifers. And now, they know what pro-life people are able to accomplish when they set their minds to it.

Population Research Institute (PRI) has played an active role throughout this process of organizing and encouraging the Argentinian pro-life movement. PRI’s offices in Latin America and Europe, and particularly PRI’s newest division, RELEASE, have been read and studied by those involved in the pro-life battle in Argentina. Many groups and people in Argentina found our advice and analysis key to building the way for this successful campaign.

PRI is now committed to advancing this winning model elsewhere.  For this great victory in Argentina must breathe new life into all those who defend life and family. Pro-lifers should be encouraged to raise their voices. Do not be afraid of those who want to impose the culture of political correctness. Fight back.

The Argentine nation has won a great victory for life and for the family. And we at PRI were proud to have played a part. Thank you, Argentina.

Dr. Carlos Beltramo is the Director of PRI’s European Office and a native of Argentina.