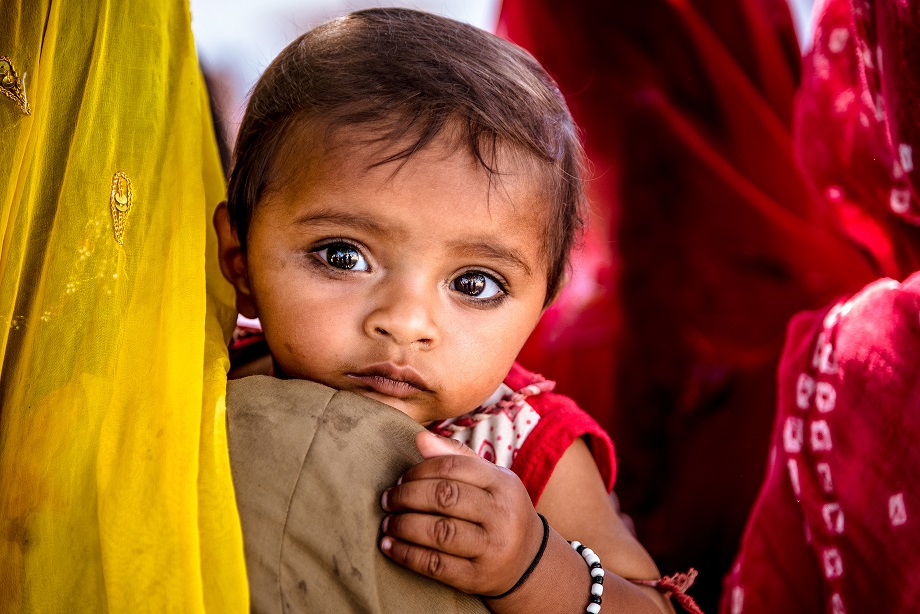 The Slaughter of Girls Continues in India

Nearly 550,000 unborn girls are killed in India every year by sex-selective abortion, a newly released report from the Population Research Institute (PRI) has found. The findings highlight the shocking extent to which girls in India—and other parts of the world—continue to be selectively targeted for abortion and elimination.

The culprit is a strong cultural preference for sons that is present in India and other Asian cultures, which regards boys as blessings and girls as burdens.  Why are girls aborted? Because they are not boys.

Following the introduction of ultrasound technology in the 1980s and ‘90s, sex-selective abortion ran rampant in the countries of China, India, South Korea, and Vietnam, as well as in the Balkans in Europe and in the Caucasus in Central Asia.

Worldwide over the past few decades, tens of millions of girls have been targeted for abortion simply because of their sex, a slaughter of the innocents that human rights observers rightly call ‘gendercide.’

In India alone, approximately 15.8 million girls have been lost due to sex-selective abortion since 1990, according to PRI’s newly released report.

The staggering number of girls lost to sex-selective abortion in India has caused the country’s sex ratio to become heavily skewed towards males. In India today, about 111 boys are born for every 100 girls.

In countries where sex-selective abortion is not practiced, the sex ratio at birth can vary with anywhere between 103-107 boys are born for every 100 girls. The laws of human biology dictate that slightly more boys are born than girls, a trait that some believe is nature’s way of correcting for the fact that males are less likely to survive to adulthood than females. A sex ratio higher than 107, however, is generally considered to be unnatural and an indication that sex selection abortion is being practiced.

Due to persistently skewed birth sex ratios in India over the past thirty years, demographers have predicted that the country will face a considerable ‘marriage squeeze’ over the next several decades as the number of men will vastly outnumber the number of women of marrying age. According to the United Nations Population Division, there are currently 39 million more men than women under the age of 30 in India.

In India, as in other Asian cultures, sons are prized to carry on the family name. Sons also inherit property and provide their parents with care and financial support in sickness and old age. For low-income families in particular, sons are also seen as a future source of income and are valued for their role in helping out with chores or with the family business.

Sons also provide parents the assurance that they will be ritually cared for after death. According to Hindu tradition, funeral rites such as the lighting of the funeral pyre are typically performed by a son.

Daughters, on the other hand are often seen as a financial burden. Although illegal, the practice of dowry continues to persist across much of India to this day. It is not uncommon for families to spend up the equivalent of several years’ worth of their household income on their daughter’s dowry.

The practice of sex-selective abortion became widespread in India after ultrasound technology became widely accessible during the 1990s. Following a series of economic reforms that spurred economic growth during the ‘90s, ultrasound tests became affordable for the average citizen. Couples were able to cheaply and easily find out the sex of their unborn child. As a result, the sex ratio at birth skyrocketed in India during the ‘90s.

In 1996, the government of India made it illegal for doctors to reveal the sex of an unborn child to their patients. The law was also supposed to ban advertisements for prenatal sex determination services and require ultrasound clinics to register with the government. However, the law was only loosely enforced and, as a consequence, was widely ignored by both health care providers and law enforcement alike.

After the India Supreme Court in 2001 ordered the government to improve its enforcement of the sex determination ban, the Indian Parliament significantly strengthened the law in 2002.

Although the sex ratio at birth subsequently declined somewhat, it still remains heavily skewed towards males, indicating that the number of sex-selective abortions in India remains significant. The major reasons for this are the low status of women in India, the persistent practice of dowry, and the continuation of patrilocal marriage.

Throughout much of India, women leave their birth families behind upon marriage and go to live with their husband’s family after marriage. Women are also expected to care for their husband’s parents, leaving parents who have no sons with little to no support from their children in old age. Because daughters usually become part of someone else’s family following marriage, there is a saying in India that “raising a daughter is like watering your neighbour’s garden.”

Doctors in India have been noted to aggressively advertise sex-determination services with slogans such as “Spend Rs. 500 now, save Rs. 50,000 later.” All Indians instinctively understand what is being suggested: it is better to spend a little money now on an abortion than have to spend a large sum of money down the road for a dowry.

Because of strong son preference and inequitable attitudes towards women, women are often pressured by family members, spouses, in-laws, or society to bear a son. Women who fail to bear a son are often subjected to mistreatment, derision from in-laws, or abandonment by their spouses. There have even been reports that women pregnant with a girl have been physically abused, hit, or even thrown down a flight of stairs or pushed through a wall by their husbands or in-laws so that they will miscarry their unborn child.

Many women in India do not have equal access to education. In poor families, parents will often give their sons priority when it comes to food, education, and health care. Often, this preferential allocation of resources has deadly consequences for girls as many are deprived of even the minimum amount of nutrition and health care they need to survive.

Because many parents in India value women and girls less, they sometimes see nothing wrong with aborting a girl on account of her sex. Abortion is also widely available in India and frequently used as a family planning method. According to a recent study that appeared in the Lancet, it is estimated that about 15.6 million abortions took place in India in 2015 alone.

Until women are treated with the same dignity accorded to men, and until the value of all unborn life is respected, the practice of sex-selective abortion in India will continue.