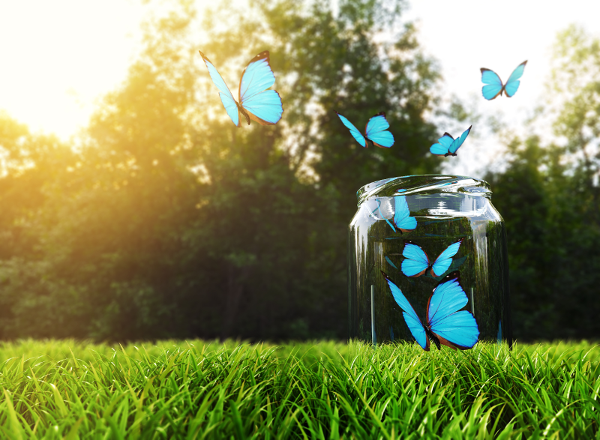 My guess is that you, gentle reader, will be as astonished as we were by the top-of-the-website New York Times article discrediting the population alarmism of the past fifty years. In “The Unrealized Horrors of Population Explosion” the newspaper has finally (several decades too late) thrown population control on the ash heap of discredited ideas.

The article included a video interview with Paul Ehrlich, the author of The Population Bomb. He was the butterfly scientist from Stanford who scared tens of millions with the specter of overpopulation—and the population apocalypse that would supposedly result. He predicted that by the 1970’s the “population bomb” would explode—and hundreds of millions of people would starve to death in India and elsewhere. (India is still there, and doing quite well, thank you.)

But America’s “newspaper of record,” as it styles itself, failed to record the horrors themselves. It was woefully incomplete. There was no mention of the human costs when governments made population control a priority. No mention of the savage forced abortions and forced sterilizations that followed. No mention of the killing of baby girls through female infanticide and sex-selective abortion. No mention of the wasted money, the age and gender imbalances that continue to unfold and will take effect for years to come. No mention of how the overpopulation panic helped to fuel the rise of birth control use and abortion.

Instead, when citing reasons why birth rates have dropped world-wide, the article offered more benign explanations. First, improved health standards mean that couples no longer need to have 5 children in the hope that 3 survive. Second, large families are not necessary in post-agricultural society since they are not needed to work the land, and therefore only make a population dense city increasingly crowded. Third—and direct from New York City—comes the motherhood slam: “Women in many societies are ever more independent, socially and economically; they no longer accept that their fate is to be endlessly pregnant.”

In other words, the New York Times does not even begin to tell the whole story. The horrors of anti-human population control campaigns continue today.

Take India, for example. Over 60% of India’s women state they have been exposed to “family planning messaging” in the past few months; an impressive statistic considering only 64% of India’s women are literate. And the less educated are sterilized in much higher numbers. While 47% of Indian women with less than five years of education have been sterilized, only 20% of women with twelve or more years of education have accepted sterilization. Lack of consent, painful and pervasive injuries, and death from negligence disproportionately affect India’s most vulnerable. Indian women are not having fewer children because they are becoming “more independent,” but because they are being coerced into undergoing sterilization by abusive population control programs, with their saturation propaganda and sterilization camps.

“The core message of [Ehrlich’s book]—population growth outstripping food supply—resonated quite a bit with India’s elites-with the middle classes,” economist Gita Sen told the Times. “They much preferred to believe that the poor were poor because of too many children rather than being poor because of an unfair and unequal economic system.”

In China—which now has below-replacement fertility—the Planned Birth Policy allows the state to control childbearing. Anyone pregnant without a valid birth permit falls afoul of the Family Planning police, and abortion and sterilization usually follow.

Chinese human rights activist Chen Guangcheng states: “In ancient Chinese culture we had a saying that your home is your castle, and that even the king will not be allowed to come in without your permission. But now in today’s China under Communist rule, they even put their hand into your body and grab your babies out of your womb, and they kill your babies in your face.”

In Myanmar—another country where fertility levels have fallen below replacement—President Thein Sein just signed a “Population Control” bill into law. The law implicitly authorizes the use of coercion and discrimination, especially against the persecuted Rohingya minority—who are already subject to a two-child policy.

In dying Uzbekistan, the authoritarian government is coercing tens of thousands of women into sterilization.

The former president of Peru is currently on trial for crimes against humanity for a population control campaign in the 1990’s that sterilized over 300,000 indigenous women against their will.

The New York Times conveniently fails to mention that it helped to fan the flames of the overpopulation panic. It advocated setting up population control programs, and editorialized on behalf of the billions of dollars in funding that continues to fuel the anti-people movement down to the present day. A mea culpa would be nice, but we aren’t holding our breath.

And lest we forget, the grim game of controlling human numbers continues, albeit under a different name. Today, efforts to disable women’s reproductive systems are called “reproductive health” programs. Orwellian, isn’t it?