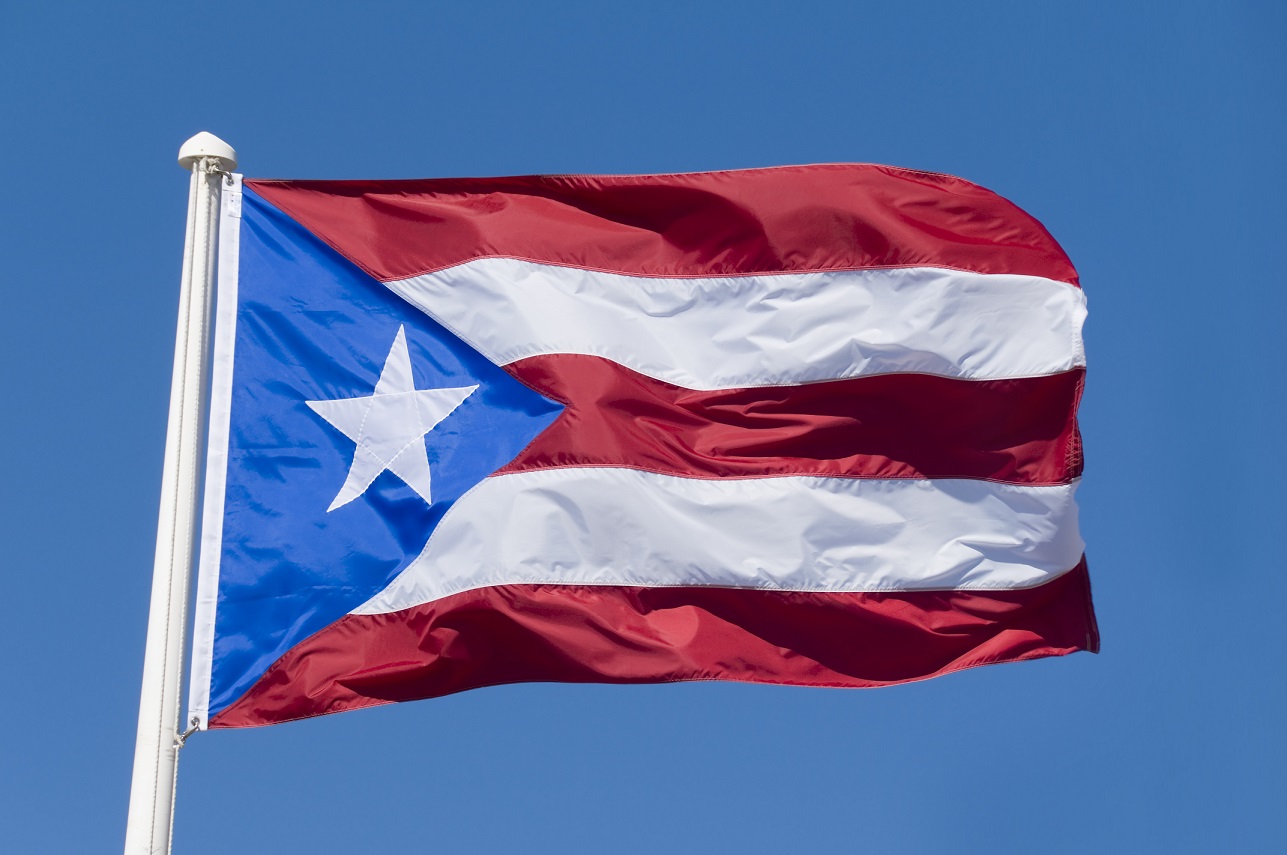 The Puerto Rico Senate has introduced a bill that would go a long way towards protecting Life in the Commonwealth. The bill (PS 950) would introduce a wide array of pro-life laws to Puerto Rico including a ban on abortion after 20 weeks, a ban on sex-selective and eugenic abortion, and would require informed consent for women seeking abortion and parental consent for abortions performed on minors.

Called the “Law for the Protection of Women and Preservation of Life”, PS 950 would contain a number of provisions similar to those adopted by many states in the U.S. to protect the life and safety of both women and their unborn children.

“In Puerto Rico, it is legal to abort a baby up to the ninth month, minors can get abortions without parental notification,” says Ginna Pennance, Director of Communications for Fieles a la Verdad, a pro-life organization in Puerto Rico supporting the passage of PS 950.

“Since 1973 abortion has been legally practiced in Puerto Rico with up an estimated 15 to 20,000 abortions performed every year,” says Daisy Quiles from Mujeres 950, a pro-life organization in Puerto Rico advocating for the bill, “Puerto Rico is the only territory of the USA without regulation on abortion.”

What would PS 950 do? The bill would ban all abortion after 20 weeks, except in the case of a medical emergency, the point at which many scientists believe the unborn child is capable of experiencing pain.[1][2][3][4][5] The bill would also prohibit sex-selective abortion and would prevent eugenic abortion of unborn children diagnosed with genetic disabilities. Any doctor who violates these provisions would be punished with 15 years in prison.

The bill would also prohibit physicians from performing abortions on minors without the knowledge or consent of their parents. Ever since the Puerto Rico Supreme Court’s decision in Pueblo v. Duarte Mendoza (1980), it has been fully legal in Puerto Rico for minors to have an abortion without parental consent or notification.

“A minor needs the consent of her parents before being evaluated by a dentist or ophthalmologist … it is worrisome that, in Puerto Rico today, a minor 12 years of age can go to an abortion clinic to end her pregnancy, without the consent of her parents,” Senator Nayda Venegas Brown, the bill’s sponsor, had commented, according to an informational fact sheet published by Fieles a la Verdad.

PS 950 addresses this shortcoming in the law by requiring that at least one parent or legal guardian must provide written consent at the abortion clinic and must provide a copy of their government-issued ID. However, in cases where parents are opposed to their daughter’s abortion, she may obtain a consent waiver from a judge.

In additional to parental consent and gestational limits on abortion, PS 950 would require abortions after the first 12 weeks of pregnancy to be performed in an authorized hospital. This provision would help prevent standalone private facilities like Kermit Gosnell’s late-term clinic from performing second and third trimester abortions. PS 950 further makes it very clear that infants that survive an abortion attempt are protected under Puerto Rico law, and that any doctor who causes the death of an abortion survivor, including by negligence or refusal to provide emergency care, is guilty of a felony.

The bill would also introduce a number of measures to ensure that women undergoing abortion are permitted to provide their full informed consent. PS 950 would require physicians to provide women with information on the medical risks of having an abortion, including by informing them that the abortion will “end the life of a whole, separate and unique life.”[6] They would also be required to provide women with their name and contact information as well as contact information for the local hospital in case of an emergency.

Under PS 950, physicians would be required to offer women the opportunity to view an ultrasound of their baby. The bill would further establish a de facto 48-hour waiting period to ensure that women seeking abortion are given sufficient time to consider the risks of abortion and are allowed time to come to a decision of whether to go through with the abortion free from coercion. The bill would also require abortion facilities to post signage informing women that they have the right not to be forced by family members or medical staff into having an abortion.

While Puerto Rico’s Penal Code prohibits abortion except to save the life or health of the mother, a series of decisions handed-down by Puerto Rico’s Supreme Court in the early 1980’s eviscerated the Commonwealth’s pro-life laws and emptied them of any meaningful enforcement.

In 1980, the Puerto Rico Supreme Court in Pueblo v. Duarte Mendoza ruled that the U.S. Supreme Court’s decisions in Roe v. Wade and Doe v. Bolton applied not only to the U.S. but also to Puerto Rico. In this case, the court reinterpreted the term “health” in Puerto Rico’s abortion law, stipulating that “the term “health” contained in our statute, implies physical health as well as mental health.” The ruling effectively legalized abortion on-demand in Puerto Rico up to the point of viability and even after viability in cases of life and health of the mother.

Pro-life laws are sorely needed in Puerto Rico. As the majority in the Duarte Mendoza decision opined, “Our legislation turns out to be more lax than the criteria adopted in Roe v. Wade,” an observation that became all but true once the Supreme Court of Puerto Rico gutted the Commonwealth’s pro-life laws and legalized abortion on the island.

Aside from some requirements that abortion be performed by a physician and that abortion facilities and physicians be licensed and registered with the government, there are few restrictions on abortion in Puerto Rico. According to the pro-abortion Center for Reproductive Rights, the Puerto Rico Department of Health even waives, upon request, its own requirement that physicians must complete an OB-GYN residency program in order to perform abortions.[7]

“In 2008, the Department of Health issued some abortion center rules; they, however, allow the Secretary of Health to grant exemptions to all of its dispositions,” Pennance told PRI, “There is no evidence regarding the level of compliance.”

Despite the fact that Roe v. Wade and Planned Parenthood v. Casey permitted states a limited right to restrict abortion in the interest of protecting the life of the unborn child and the health of the mother, the Commonwealth has not availed itself of this right since the Duarte Mendoza decision.

Since Roe v. Wade, most states have adopted at least some basic restrictions on abortion, many states adopting safeguards similar to those proposed under PS 950.

According to the Guttmacher Institute, a pro-abortion research and policy organization, 26 U.S. states already require parental consent for minors seeking abortion and an additional 11 states require parental notification for minors.[8] 26 states also require waiting periods of at least 24 hours for women to safely consider their decision whether to undergo abortion.[9]

Currently, 19 states have laws requiring abortion to be performed at a hospital at later gestations.[10] However, if PS 950 is adopted, the bill’s requirement that abortion be performed in a hospital after the first trimester would make Puerto Rico’s hospital requirement among the strongest such laws in the U.S.

If PS 950 is passed, Puerto Rico would join 16 states in banning abortion after 20 weeks post-conception. Two states, North Carolina and Mississippi, ban abortion even earlier at the equivalent of 18 weeks after conception.

Pro-life Puerto Ricans have been coming together in support of PS 950. This Friday, September 28th, pro-life organizations in Puerto Rico have planned a march for life in front of the Capitol in San Juan to show support for PS 950 and to urge the legislative assembly to pass the bill.

[1] “In fact there are thought to be transient cholinergic neurons with functioning synapses connecting the thalamus and cortical plate from approximately 20 weeks.  This time point could be taken as the absolute earliest time in gestation when a fetus could be aware of nociceptive stimuli, or to ‘feel pain.’” See Brusseau R, Myers L.  Developing consciousness: fetal anesthesia and analgesia. Seminars in Anesthesia, Perioperative Medicine and Pain. 2006;25(4):189-195.

[5] “To experience pain an intact system of pain transmission from the peripheral receptor to the cerebral cortex must be available … From 16 weeks’ gestation pain transmission from a peripheral receptor to the cortex is possible and completely developed from 26 weeks’ gestation.” See Van de Velde M, De Buck F. Fetal and maternal analgesia/anesthesia for fetal procedures. Fetal diagnosis and therapy. 2012;31(4):201-9.