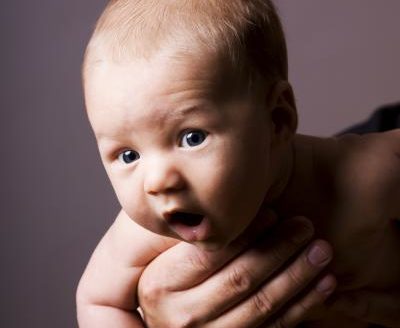 North Dakota is known for sub-zero temperatures and the Bakken oil field, which is helping America to achieve energy independence. But it is also one of the most pro-life states in the nation, a state where nearly all Republicans—and even most Democrats—are in favor of protecting life because they believe that abortion is morally wrong. Just last year the state legislature—in an impressive display of bipartisanship—quietly passed a series of sound, commonsense laws intended to help protect unborn children.

You may remember Texas gubernatorial candidate Wendy Davis filibustering in that state’s legislature last June in opposition to a proposed 20-week abortion ban. You should. She reaped national headlines from the liberal media for her pro-abortion grandstanding in favor of what is, for all practical purposes, infanticide.

What you may not know is that exactly the same ban—on abortions after 20 weeks—had sailed through the North Dakota legislature just two months before, and had been promptly signed into law by the pro-life governor there, Jack Dalrymple. Not only that, but that same state legislature, reflecting the value that North Dakotans place on human life, passed a number of other strong, common-sense, pro-life laws.

These new laws include ensuring that women are given full disclosure of information prior to an abortion, making sure parents are notified if their daughter is seeking an abortion, and prohibiting children who are partially born from being killed by an abortionist before their birth can be completed. Other laws ban all abortions for reasons of gender selection and genetic abnormalities, and help to ensure that women will receive adequate hospital care in case of complications after surgical abortions.

All this was too much for the filthy rich abortion industry which, following its standard practice, rejected the will of the people and turned to the courts. Lawsuits were quickly filed against several of these laws by out-of-state attorneys who flew in to try and convince local judges that the laws were somehow unconstitutional. And, at least in one case, they succeeded.

State Judge Wickham Corwin of Fargo, ruling on the validity of two laws passed by the Legislature to protect the health and safety of women receiving abortions, made the startling claim that the North Dakota constitution contains an implicit right to abortion. She discovered this “right” —which had hitherto escaped everyone’s notice—buried in what is called the “liberty clause.”

There is no such right, of course. Judge Corwin was simply legislating from the bench, in the same way that members of the Supreme Court were legislating from the bench in 1973 when they “discovered” a “right to privacy” in the “penumbra” of the U.S. Constitution. If judges feel themselves free to read into laws whatever meaning they want to find there, democracy has no meaning. Even worse, if they insist on inventing new “rights” out of thin air, no one’s life, liberty, or property is safe from such acts of judicial tyranny. Judge Corwin’s appeal to “liberty” as a justification for abortion is, for that reason, a very dangerous innovation. In a way, it is even more dangerous than Roe v. Wade.

The reason it is potentially more dangerous than Roe v. Wade is that virtually all of the constitutions of the fifty states guarantee their citizens liberty. If these liberty clauses can be used to justify abortion, then all of the state-level pro-life victories that have been achieved in the past may be in jeopardy. Progress at the state level, especially in the past three years, has been nothing short of remarkable. More pro-life laws have been passed during this time period than in the previous decade; over two hundred (200) to be exact.

Given the threat this tsunami of pro-life legislation poses to the lucrative abortion businesses, it is easy to understand why the pro-abortion movement is worried. And why they will probably seize upon Judge Corwin’s novel theory of “liberty” to bypass the will of the people elsewhere, attacking these new laws in state courts around the nation.

Unless they are stopped.

Pro-lifers in North Dakota have a strategy to do exactly that. It involves adding a single sentence to the state constitution called the Human Life Amendment. The process began in 2013 when the North Dakota legislature, again with bipartisan support, passed the Amendment. Now it goes before the voters of North Dakota to be ratified on November 4th.

The proposed amendment, which is on the ballot as Measure 1, is written in clear and simple English: “The inalienable right to life of every human being at any stage of development must be recognized and protected.”

By itself, the proposed Human Life Amendment enacts no new statute and changes no existing law. Rather, it provides constitutional protections to pro-life laws that have been enacted by the state legislature. It will be used to defend existing pro-life laws from judges who might try and overturn them based on fictitious interpretations of the state constitution.

If “the inalienable right to life of every human being must be recognized and protected”, the abortion industry knows that its days are numbered. This is why it is pulling out all the stops to defeat Measure 1. Money from outside groups like Planned Parenthood and the Center for Reproductive Rights is pouring into the state. And falsehoods about the Human Life Amendment have been accumulating quickly.

The abortion movement has variously claimed that the amendment negatively impacts end of life treatment, that it bans all abortions, that it is a personhood amendment, that it would ban certain types of biomedical research, that it bans IVF, and so on. All of these allegations, without exception, are false.

The effort to pass Measure 1 on November 4th is being led by “ND Choose Life,” a coalition of pro-life, pro-family, women’s and religious organizations. Supporters of the amendment include the North Dakota Family Alliance, North Dakota Life League, Love Them Both, North Dakota Catholic Conference, North Dakota Right to Life, the North Dakota chapter of Concerned Women for America, and—in the interest of full disclosure—yours truly.

If the Human Life Amendment passes, it will help to protect pro-life laws not just in North Dakota, but in the other 49 states as well. And it will encourage the pro-life movement to continue to win pro-life victories at the state level, putting abortion—and the brutal industry that profits from it—on a path to eventual extinction.