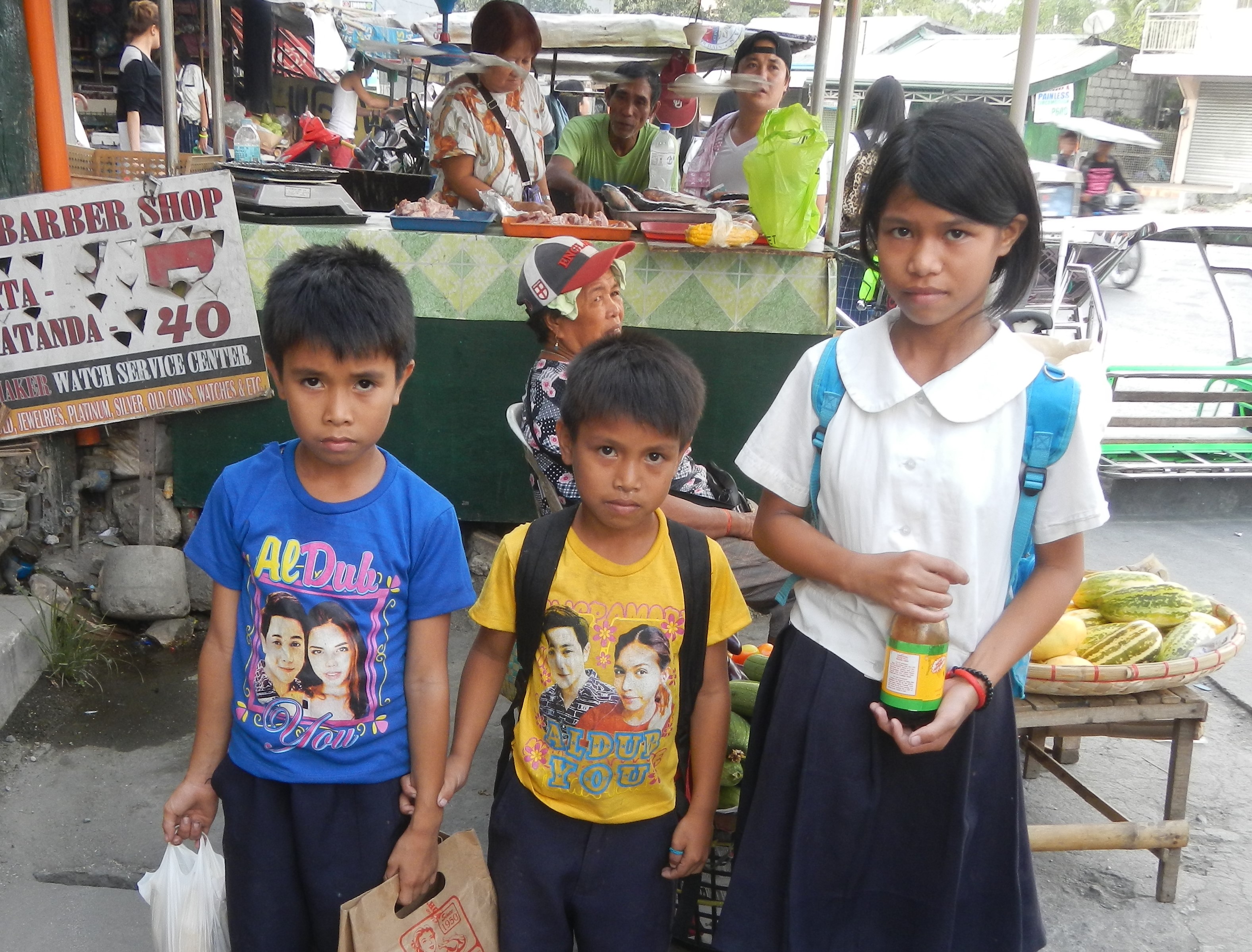 Duterte is given to incendiary remarks about the Church, children and … nearly everything

“I only want three children for every family,” Duterte said, “I’m a Christian, but I’m a realist so we have to do something with our overpopulation. I will defy the opinion or the belief of the Church.”

Only a few days before, Duterte had mocked the Catholic Church of being the “most hypocritical institution” and called Philippine bishops the “sons of whores.” During the election cycle, the president-elect had even called Pope Francis a “son of a whore.” After initially promising to apologize to the Holy Father for his comments, Duterte has since refused to apologize in-person.

Confirming his status as the hyperactive bad boy of Philippine politics, Duterte has also bragged in public about having had multiple adulterous affairs.

He is famous—or rather, infamous—not just for his foul-mouthed public statements and personal peccadillos, but also for his rough politics. As the long-time mayor of the city of Davao, Duterte established a reputation as being not just tough on crime, but death to criminals. Allegedly, Duterte has resorted to death squads to execute criminals.

Since being declared the winner of the presidential election, Duterte has repeated his call for the police to execute suspected criminals. One of Duterte’s campaign promises is that he will eliminate crime in the Philippines within three to six months. He has publicly vowed that tens of thousands of criminals will die. His call for extra-judicial killings has already been echoed by the incoming mayor of Cebu, who is offering a bounty of 50,000 pesos for every criminal killed.

Joining his never-ending litany of controversies is a new one: Duterte recently endorsed the assassination of allegedly corrupt journalists who “deserved it.” He claimed that journalists are not “exempted from assassination, if you’re a son of a [expletive].”

He has also drawn the ire of Malaysian Prime Minister Najib Razak for reigniting a land dispute over territory on the island of Borneo claimed by the Philippines. On the other hand, he has indicated that he might be willing to concede Philippine claims in the South China Sea to his country’s giant northern neighbor.

Duterte has framed his election to the presidency as a referendum on the Catholic Church. After securing a landslide victory over his closest rival and with 40% of the popular vote in a multi-candidate race, Duterte taunted the bishops saying “Look, were you able to stop me?”

A number of issues important to the Duterte campaign, such as expansive reinstatement of the death penalty, loosening laws on divorce, extra-judicial killings, and vastly increasing the provision of contraceptives, run into opposition with the Catholic Church. An overwhelming majority of Filipinos (80 percent) are Roman Catholic, but they split their votes between several other candidates.

Duterte has since walked-back his call for a three-child policy, saying that it was merely a suggestion. But he continues to vigorously promote contraception. He has vowed to strictly implement the controversial Responsible Parenthood and Reproductive Health Act of 2012. This imposes sex education in the schools and requires health clinics to distribute contraceptives. Even before the 2012 Reproductive Health (RH) law, Duterte, during his tenure as mayor, implemented policies that made Davao one of the first cities in the Philippines to distribute contraceptives free of charge.

Ernesto Pernia, Duterte’s nominee for secretary for economic planning, has confirmed that Duterte is pushing for a “rapid and sustained implementation” of the RH law. And Duterte’s party believes that a robust implementation of the RH law is necessary to deal with “overpopulation” in the Philippines.

But is the Philippines in fact as “overpopulated” as Duterte claims?

It is true that, over the past several decades, the population of the Philippines has grown tremendously. For the past half century, this growth has far outpaced the rate of world population increase. The Philippines is currently home to over 102 million people from a variety of different backgrounds and cultures.

More than a third of Filipinos live in poverty, including millions of rural farmers and fishermen. Urban areas are surrounded by slums with inadequate housing and poor sanitation.

At the same time, technologies from the Green Revolution such as chemical-based fertilizers, pesticides, and mechanized agricultural technologies have allowed crop yields in the Philippines to skyrocket over the course of the last fifty years. Poverty in the Philippines is not due to a lack of essential resources like food and land.

The Food and Agricultural Organization (FAO) estimates that daily calories per capita in the Philippines has been increasing steadily since at least the early 1990’s. The percentage of people who are undernourished has also declined by more than 40% over that same period. The amount of food available per capita is enough for every Filipino to live an active lifestyle by American standards. [i]

The amount of food produced in 2013 would have been sufficient to feed the entire projected population of the Philippines for the year 2060. [ii] As is the case in many countries, hunger in the Philippines is the result of lack of access, not “overpopulation.”

While the Philippines does continue to import wheat, soy, milk, and dairy products from the United States, Australia, and New Zealand, it is self-sufficient in rice. As in other East Asian countries, this is the main staple crop that in the P.I. provides about 46% of daily caloric intake. Domestic production of food is up, and imports are down, reaching their lowest level since 1994.

What this means is that the Philippines suffers much less of an agricultural deficit than other East Asian nations like Japan. Wealthy, densely populated Japan, of course, is not considered to be “overpopulated.” It suffers from the opposite problem: rapid aging and demographic decline.

Total agricultural self-sufficiency is not necessary in the modern globalized economy. Specialization both increases productivity and drives down prices for consumers. In exchange for agricultural products and other commodities, the Philippines exports billions of dollars worth of integrated circuits, computers, electronics, and Nickel every year.

Fertility rates in the Philippines are already falling, and are set to drop below replacement levels by 2050. Reflecting this, the population growth rate has decreased from 3.5 percent a year down to 1.5 percent, and continue falling. As a result of improved standards of living, better healthcare, and greater food security, infant mortality has declined by nearly two-thirds since 1980. Unemployment is also at its lowest levels since 1990. If the Philippines was outstripping its resources, such gains in human development would not have been possible.

It is not true that the Philippines suffers from overpopulation. It does suffer from corruption and from excessive government intervention in the economy.

Duterte’s proposed three-child policy, or even the vigorous imposition of rigorous RH programs, will lead to tragic human rights abuses. Population control programs always rob people of their privacy, their freedom, and their rights. Ultimately and intentionally, they rob the unborn of their very lives.

[i] The number of calories for persons over the age of 5 as recommended for daily consumption for leading an “active lifestyle” as defined by the USDA. Children under the age of 5 generally allowed more calories per diem than USDA standards to account for extra energy that may be required to recover from fighting frequent infections in the context of developing nations.

[ii] Food supply is adequate even after accounting for food not allocated for human consumption and food loss due to processing, packaging, storage, transportation, consumer waste, and other factors. Includes allowances also made for increased caloric consumption required for women who are pregnant.

+ use of this image does not imply an endorsement of the views or opinions expressed by PRI.