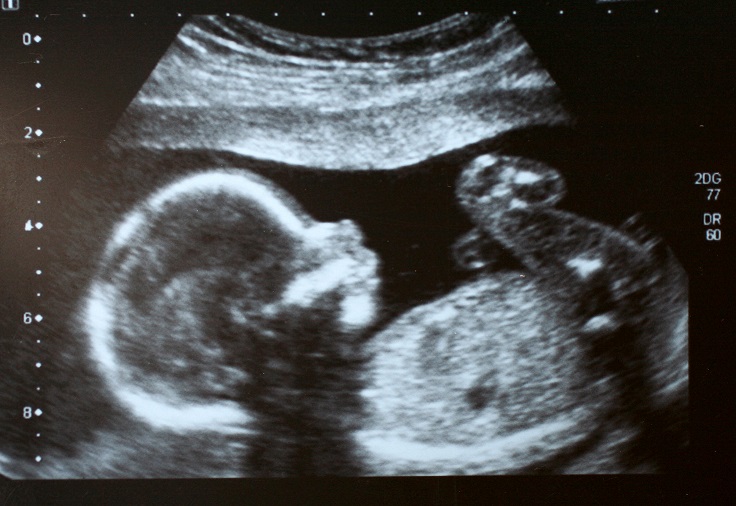 In many states where pro-life lawmakers hold majorities in the state legislature, lawmakers have sought to advance legislation that could provide the test case needed for the Supreme Court to revisit its precedent on abortion.

Under the Supreme Court’s current precedent as laid out in Roe v. Wade and Planned Parenthood v. Casey, states are prohibited from banning abortion prior to “viability.” According to the Supreme Court’s definition of the term, “viability” is the point at which the unborn child is capable of “meaningful life” outside of its mother’s womb.[1]

As a result, several states have passed laws banning abortion before the point of viability in hopes of triggering a lawsuit that could end up at the Supreme Court.

And while heartbeat legislation has proved to be the primary vehicle for challenging Roe, other states have placed their support behind other types of legislation as well.

HB 126 was originally introduced in the Missouri House back in January as a heartbeat bill, but when the bill was taken up by the Senate, the heartbeat language was removed. Instead, the Senate replaced the heartbeat provisions in the bill with a flat abortion ban at 8 weeks, based on the reasoning that brain waves and a heartbeat can be detected at that gestational age.

However, HB 126 also establishes a series of abortion bans at later gestational ages at 14 weeks, 18 weeks, and at 20 weeks (based on the fact that the unborn child can feel pain), should the courts block one or more of the law’s abortion bans. The tiered abortion bans in HB 126 would allow the state to ban abortion as early into pregnancy as the courts will permit without having to go through the legislative process again should one of the bans be blocked.

HB 126 also includes a provision that would automatically trigger a total abortion ban (except in cases to save the life or physical health of the mother) should the U.S. Supreme Court overturn Roe v. Wade.

Doctors who violate the Missouri statute at any gestational age for which abortion is prohibited would be liable to five to 15 years in prison and subject to loss or suspension of their professional license.

HB 126 now just awaits the signature of Missouri Governor Mike Parson who has strongly supported the bill and is widely expected to sign it.

“[U]ntil the day that we no longer have abortions in this country, I will never wave in the fight for life,” Gov. Parson said in an address on Friday.

Also last week, in Alabama, the state legislature passed the strongest pro-life law in the country. Titled the Alabama Human Life Protection Act (HB 314), the law bans all abortion at any point in pregnancy, except in cases to save the life or physical health of the mother. Anyone who performs an abortion in violation of the statute is subject to a Class A felony, punishable by 10 years to life (99 years) in prison.

The bill passed comfortably in the Senate on a vote of 25-6 last Tuesday. An attempt by Democratic lawmakers to amend the bill by adding exceptions in cases of rape and incest were soundly rejected on a vote of 21-11. Alabama Governor Kay Ivey signed HB 314 into law the following day.

The Alabama Human Life Protection Act is set to take effect in six months from the bill’s signing, but pro-life Alabama lawmakers expect that the law will be blocked by the courts before then.

“The sponsors of this bill believe that it is time, once again, for the U.S. Supreme Court to revisit this important matter, and they believe this act may bring about the best opportunity for this to occur,” Gov. Ivey said.

The pro-life bills passed last week in Missouri and Alabama follow a number of heartbeat bills passed in other states earlier this year.

In March, both Kentucky and Mississippi passed bills banning abortion the moment a heartbeat can be detected, except in cases to save the life of the mother or to prevent “substantial and irreversible impairment of a major bodily function.” A similar bill was signed into law in Ohio by Governor Mike DeWine in April.

Earlier this month, Georgia Governor Brian Kemp also signed a heartbeat bill into law, defying threats from left-wing Hollywood actors and production studios to boycott the state. The film industry generates considerable revenue and jobs in the state of Georgia as many big budget films and popular television shows are filmed in the state. According to the Governor’s office, the film industry generated a total economic impact of $9.5 billion in the state during the 2018 fiscal year.

Unlike the heartbeat laws passed in other states, however, the Georgia’s heartbeat law, the Living Infants Fairness and Equality Act (LIFE Act), has more exemptions including exceptions in cases of rape, incest, and cases where the pregnancy is “medically futile.”

Even so, the LIFE Act is one of the strongest pro-life laws in the country, banning nearly all abortions as early as 5-6 weeks gestation. Like other heartbeat bills, the LIFE Act provides a direct challenge to the central holding of Roe that prohibits states from banning abortion prior to viability and could provide the case that could lead the Supreme Court to overturn Roe.

“We must protect life at all stages,” Gov. Kemp said at the bill’s signing on May 7.

“I realize that some may challenge [the LIFE Act] in the court of law, but our job is to do what is right, not what is easy,” Gov. Kemp said.

Heartbeat bills have also passed at least one legislative chamber this year in Tennessee, Missouri, Louisiana, and South Carolina.

Iowa also passed a heartbeat bill last year; however, the law was struck down by a county judge earlier this year who ruled the law unconstitutional under the Iowa state constitution.

In 2013, Arkansas and North Dakota had also passed heartbeat laws. However, the Eighth Circuit Court of Appeals, bound by Supreme Court precedent, enjoined both heartbeat laws in 2015 even as the court found that “good reasons exist for the [Supreme] Court to reevaluate its jurisprudence.”

With the heartbeat bills passed this year, lawsuits are already in motion in Kentucky, Ohio, and Mississippi. Pro-lifers are hopeful that one or more of these cases could go to the Supreme Court.

Back in March, the American Civil Liberties Union (ACLU) filed a lawsuit on the same day the Kentucky heartbeat bill was signed into law. Kentucky lawmakers had included an emergency clause in the state’s heartbeat bill that had made the law effective immediately upon passage. The Kentucky law has been temporarily blocked by the U.S. District Court for the Western District of Kentucky pending a full hearing.

In Ohio, the ACLU has also filed a lawsuit earlier this month against the state’s heartbeat law in the U.S. District Court of Southern Ohio.

In Mississippi, the law is being challenged by the Center for Reproductive Rights, a pro-abortion law group. A hearing on the Mississippi law was held on May 20, by U.S. District Court for the Southern District of Mississippi. Planned Parenthood has also promised to sue the state of Georgia over its heartbeat law. The ACLU is also reportedly in the process of preparing to file a lawsuit over the Alabama Human Life Protection Act.

“A new national movement has begun.” Mississippi Gov. Phil Bryant tweeted on Sunday speaking about heartbeat bills being passed nationwide, “We now have a President that stands for the unborn. Look for the left to increase their hateful attacks.”