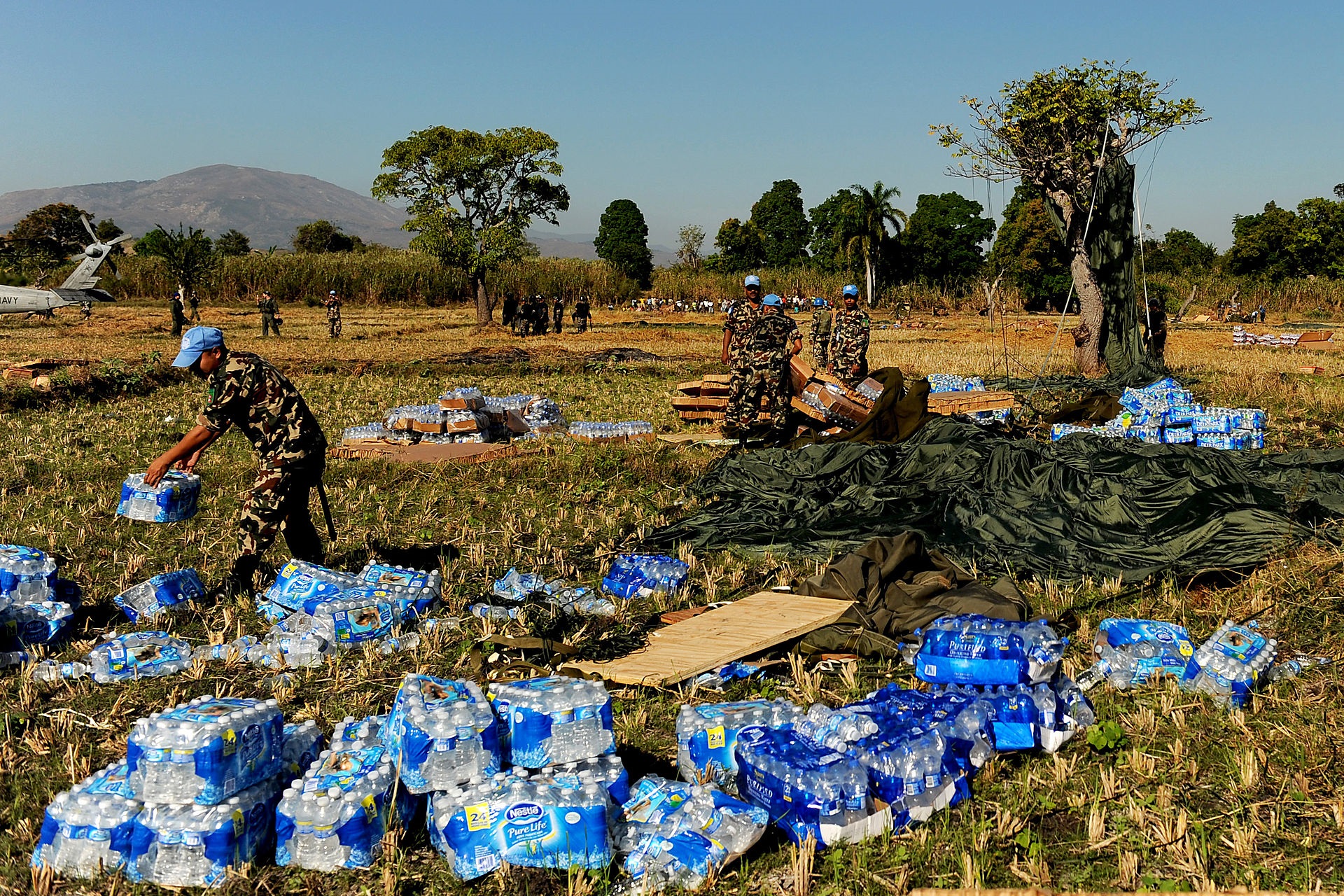 After six years of denial, the United Nations has tacitly admitted its role in starting Haiti’s cholera epidemic. Since Cholera was introduced to the Caribbean island nation by U.N. peacekeepers in 2010, over 800,000 people have been afflicted. It has become the worst Cholera outbreak in modern history.

“The U.N. has become convinced that it needs to do much more regarding its own involvement in the initial outbreak,” a spokesman for U.N. Secretary General Ban Ki-Moon told the New York Times.

Over 9,000 people have already perished from the epidemic, according to official statistics from the Haitian Ministry of Public Health and Population (MSPP). However, because of a shortage of health care workers in remote areas to monitor the epidemic, the actual death toll is believed to be much higher. A study conducted by Médecins Sans Frontières (Doctors Without Borders) estimated that the real death toll could be two to four times higher than what the official estimates indicate.

While admitting that peacekeepers caused the outbreak, the U.N. still refuses to compensate victims and their families.

Over 1,500 Haitians have filed a class action lawsuit against the U.N. in a federal district court in New York, claiming $40 billion in damages for cholera victims and their families. U.N. officials did not even bother to appear in court to contest their case. The organization maintains that it has diplomatic immunity in the matter and therefore has no obligation to offer compensation to cholera victims and their families.The court agreed with the U.N. that peacekeepers have diplomatic immunity, and the plaintiffs have appealed the ruling to the Second Circuit of the U.S. Court of Appeals.

“We don’t like the UN,” one Haitian local told The Guardian, “They have given us nothing. They’re not clean. And we are still getting cholera.”

A number of investigative reports, including a report from Yale Law School and the Yale School of Public Health, have concluded that negligence and unsanitary conditions at the U.N. peacekeeper base in Méyè, Haiti caused the cholera outbreak.

Between October 8-24, 2010, the United Nations Stabilization Mission (MINUSTAH) brought a contingent of Nepalese soldiers into Haiti as a part of an ongoing peacekeeping mission and stationed them at Méyè. At the time, Nepal had been recovering from a recent cholera outbreak.

Cholera, while very rarely seen in developed countries with modern sanitation infrastructure, can thrive in environments where water treatment and plumbing are sparse. Cholera can be spread when fecal matter comes into contact with food or with water used for drinking, cooking, or bathing. Because many Haitians lack access to running water, many have no choice but to use untreated water from lakes, rivers, and streams.

There have been reports that sanitation at the U.N. base at Méyè was poor and susceptible to flooding. Waste water ran in an open canal through the base and directly into the river adjoining the camp. Residents from the town nearby frequently observed waste from the camp in the Artibonite, Haiti’s largest river. On October 19th, MSPP began receiving reports of a spike in cholera cases around the Artibonite, downstream from the U.N. camp.

Prior to the arrival of U.N. peacekeepers in 2010, Haiti had not seen a cholera outbreak in over 200 years. Later DNA testing and sequencing found that the cholera strain in the Haiti epidemic was not indigenous to Hispaniola, the Gulf of Mexico, or anywhere else in Latin America, but was rather found to be a descendant of the strain of cholera indigenous to Nepal.

According to a U.N. investigation conducted by an independent panel of experts, “the evidence overwhelmingly supports the conclusion that the source of the Haiti cholera outbreak was due to contamination of the Meye Tributary…as a result of human activity.”

When aggressively treated with basic, inexpensive rehydration therapy, only about 1 percent of those who contract cholera die from the disease. But because Haitians had not had to deal with a cholera outbreak before, and due to widespread poverty in the island nation, the epidemic took a heavy toll.

In the beginning, many succumbed to the disease because many Haitians were unfamiliar with the symptoms, treatment protocols, and prevention methods for the disease. Haiti’s health system and infrastructure had also been weakened by the cataclysmic earthquake that had leveled much of the capital city only 10 months prior. Access to clean drinking water and health care is extremely limited for many of Haiti’s poor. In some rural areas, the nearest health clinic is 10 hours away by foot, an impossibly far distance for most. Those who die from the disease typically perish within 12-18 hours after showing symptoms.

According to health and legal experts, Haiti’s cholera epidemic could have been averted for a mere $2,000, had the U.N. screened all Nepalese troops before deploying them. Instead, they tested for cholera only when troops were suspected of carrying the disease. Troops were also sent home to Nepal to visit family between screening and deployment.

An internal U.N. review leaked to The Guardian earlier this year found that the U.N. mission had water treatment facilities at their disposal which would have prevented the cholera outbreak, but failed to use or properly maintain them. According to the leaked report, a little over $3 million could have addressed most of the sanitation issues at MINUSTAH sites. It is now estimated that it will take 10 years and over $2.2 billion to eradicate cholera from Haiti.

As if MINUSTAH had not done enough damage already, many MINUSTAH camps were still pumping waste into canals as recently as 2014, U.N. auditors have since discovered.

The U.N.’s negligence in properly screening for disease among peacekeepers is unacceptable. Their failure to adequately address the issue once the outbreak began is wholly reprehensible. There is no reason why it should have taken the U.N. 6 years to acknowledge their fault in starting the worst cholera epidemic in modern history. For years the evidence has clearly pointed to MINUSTAH’s camp in Méyè as the culprit. Even as there were no other viable explanations for the epidemic, the U.N. stubbornly and unjustly maintained their innocence in the matter.

And even now, the U.N. continues to shirk its responsibility and refuses to provide compensation for the lives lost, lives which can never be adequately replaced. The U.N.’s negligence and refusal to make sufficient amends is a gross violation of human rights and human dignity.

The U.N.’s folly also comes at steep financial cost as well. The U.S. Government has spent over $75 million fighting the U.N. initiated epidemic.

The international community should take note of the U.N.’s debacle in Haiti and the alarming rise of sexual abuse by U.N. “peacekeepers” worldwide. Measures of accountability for U.N. peacekeeping missions simply do not exist…and the effects of this are clearly showing. U.N. peacekeepers have diplomatic immunity. If a U.N. peacekeeper commits a crime while on mission, the most the U.N. can do is repatriate them and hope their home country holds them accountable.

It’s about time that effective accountability measures are put in place for the U.N. Just as U.N. peacekeepers have failed to respect the dignity of the people of Haiti, so they will disrespect the people of other countries into which they are sent if left unaccountable.