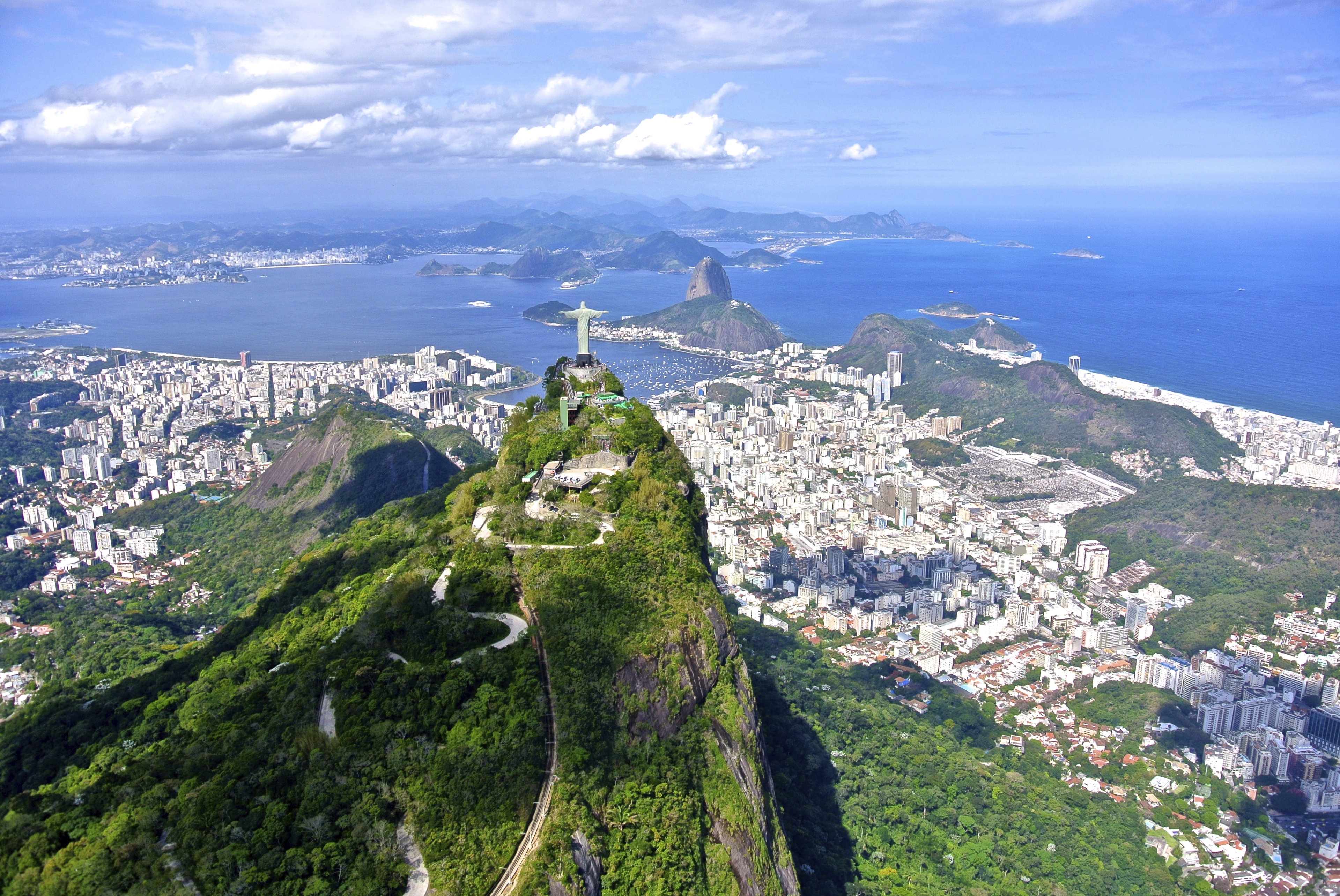 The rapid spread of the Zika virus in the Western Hemisphere has many expectant mothers in hard-hit countries deeply concerned. Abortion activists have seized upon this public health crisis to argue that all unborn children who may have been exposed to the virus should be aborted.

Very rarely hazardous to children or adults, Zika temporarily causes itchy rashes, joint pain and conjunctivitis. In rare cases, it can cause a bout of Guillain-Barré syndrome. But recently Zika has been linked to microcephaly, a birth defect that has devastating effects on fetal brain and cranial development.

Since May of last year, reported cases have skyrocketed in Brazil and have spread to countries across Central and South America and the Caribbean. The World Health Organization (WHO) now estimates that up to 4 million people could become infected by the end of 2016. This past Monday, the WHO declared the Zika outbreak a Public Health Emergency of International Concern.

Instead of advocating for solutions to fight against the spread of the virus, some are seeking to play into fears and exploit the crisis by advancing the legalization of abortion in Latin American countries.

According to reports from the BBC, pro-abortion advocates are preparing to petition Brazil’s highest court to legalize abortion in cases where women may have contracted the virus. Among the organizations pushing for the legalization of abortion in Brazil is ANIS: Institute of Bioethics, Human Rights and Gender, a partner organization of the International Women’s Health Coalition based in New York City. In 2012, ANIS and the National Confederation of Health Workers were effective in petitioning Brazil’s supreme court into legalizing abortion for infants with anencephaly (a severe birth defect where large portions of the infant’s brain are missing).

The radical pro-abortion group Women on Waves has also advertised that it is currently offering abortion inducing drugs free of charge to women in countries affected by the Zika outbreak. Women on Waves claims that it will ship the abortion inducing drugs by mail, including to countries that make no exceptions for the protection of unborn life such as El Salvador, the Dominican Republic, and Chile. As of yet, there have not been any confirmed cases of Zika transmission in Chile.

The pro-abortion Center for Reproductive Rights, based in New York City, has also started an online petition aimed at the government of El Salvador, asking President Sanchez Cerén to legalize abortion for women who contract the Zika virus.

Researchers are currently investigating the association between Zika and birth defects. While there is little doubt the Zika infection places infants at risk of developing microcephaly, it has not yet been scientifically proven that Zika causes birth defects. That has not stopped pro-abortion groups from using the health crisis to promote their ideology.

Microcephaly is not usually detectable by ultrasound until the third trimester or late into the second trimester. Many cases of microcephaly cannot be diagnosed until after birth. Most states in the U.S. limit abortions at viability (generally interpreted to begin in the middle of the second trimester) except in cases where the mother’s life or health is at risk. Legalizing abortion for microcephaly cases would likely require the authorization of brutal and controversial late-term abortion procedures that involve dismemberment, saline, or lethal injections.

Providing concessions for early-term abortion for any pregnant woman that contracts Zika could have even worse, far-reaching and long-lasting consequences. Legalizing abortion for women who have confirmed contraction of the virus would not solve the problem as it is not clear what percentage of Zika infections result in microcephaly. Moreover, only 20% of people who contract the Zika virus show signs or symptoms of infection leaving the vast majority of cases where infants are at risk of microcephaly unknown.

Allowing abortion for any suspected cases of Zika infection would essentially make abortion available on-demand as there would be no means of verification. Legalization would likely lead to a large increase in the number unborn lives terminated through abortion.

Unless abortion is legalized on-demand, it is unlikely that abortions would reduce the incidence of microcephaly to any significant extent—not to mention the fact that attempting to reduce the incidence of microcephaly by terminating the lives of those who suffer from the condition is an egregious violation of human rights and fundamentally discriminatory.

Microcephaly is a serious condition where an infant’s head and brain are significantly smaller than normal. Children with microcephaly can suffer from a range of symptoms (depending on the severity of the condition) including impaired cognitive development, difficulty with speech, balance, learning, and motor functions, physical distortion of the skull or club feet, and seizures.

Some infants, however, do not suffer from any intellectual disabilities and are able live completely self-sufficient and happy lives as adults.

Ana Carolina Cáceres, a 24 year old journalist in Brazil, was born with microcephaly. When Ana was born, as the BBC reports, the doctors told her mother, “she will not walk, she will not talk and, over time, she will enter a vegetative state until she dies.” Not only did Ana prove the doctors wrong, but she finished school, graduated college, plays the violin and now has a fulfilling career as a journalist.

Aborting children simply because they have microcephaly would be a mistake and a profound injustice that would deprive these children of the opportunity to have fulfilling lives. Abortion would deprive their families and their communities of the love they have to offer.

Currently, there is no cure, vaccine or effective treatment for Zika. Medical researchers are racing to develop effective therapeutics for the infection. Big pharma company Sanofi Pasteur has announced a project to develop a vaccine from its newly approved dengue vaccine. Gene One Life Science, a Korean based company, also announced that it is teaming with Inovio Pharmaceuticals to develop a DNA based vaccine. The National Institute for Allergy and Infectious Disease hopes to begin trials by the end of 2016 on yet another vaccine prospect based off previous work done on the development of a West Nile Virus vaccine.

While the international community anticipates the development of an effective Zika therapeutic, pushing the legalization of abortion on pro-life Latin American countries will have no effect on protecting the unborn from microcephaly. Focusing on harmful abortion policies will only take attention away from real and tangible solutions that will have an effect on the ground.

The international community should come together to provide pregnant women in at-risk areas with aid in accordance with the current World Health Organization recommendations for infection prevention and in accordance with best practices in the health communities in each country. Pregnant women should be provided with insecticide treated mosquito nets which are highly effective in preventing infection and in killing mosquito vectors during sleeping hours. Pregnant women should be equipped with information and counselling on how to best prevent infection.

Expectant mothers can greatly reduce their risk of infection by wearing long sleeved garments, avoiding stagnant water, using effective insect repellant such as WHO recommended Icaridin and CDC recommended DEET and oil of lemon eucalyptus, and by disposing of cartons, glass, tires, potted plants, and other foci where mosquitos breed. Special precautions should be taken especially in the early morning and late afternoon hours when the Aedes aegypti mosquito, the primary vector for Zika, is most likely to feed. Homes, aircraft, ships, and public facilities should be fumigated according to locally approved protocols where protective measures are insufficient and in areas that are naturally damp.

Worried mothers, not to mention the public at large, needs to understand that abortion activists are not concerned about their health, or the health of their children. They have simply seized upon the Zika situation as a pretext to promote their agenda of abortion on-demand.