A left-wing, George Soros-funded media organization in the United Kingdom, called openDemocracy, has just released a hit piece falsely accusing PRI of “subvert[ing] democracy” in Europe.  This is nothing more than an attempt to smear the good work that Population Research Institute (PRI) and other Christian, pro-life, and pro-family organizations in the U.S. do on that continent.

Last week, Senate Republicans unveiled their proposed health care reform draft bill to “repeal and replace Obamacare.” The Senate has made a number of significant changes to the bill passed by the House last month, but, despite earlier concerns from some pro-life advocates, has retained key provisions to defund Planned Parenthood and to block federal subsidies for health care plans that include coverage for abortion. The Senate bill has been titled the Better Care Reconciliation … 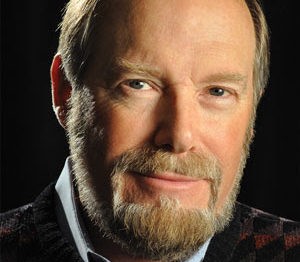 On Tuesday I was invited up to New York City to meet with Donald Trump. It’s not every day that you get to be up close and personal with a presidential candidate, so I immediately accepted. Before going, I had asked all of you for suggestions as to what kind of questions I should put to him. (By the way, I’m still waiting for my invitation to meet with Hillary Clinton. I would certainly go. …

The third annual Fortnight for Freedom, instituted by the United States Conference of Catholic Bishops (USCCB) in the face of intensifying anti-religious restrictions imposed by the United States government, is swiftly coming to a close. The Fortnight for Freedom, which takes place from June 21 through July 4, serves as a poignant reminder that the exercise of our first freedom is paramount for the well-being of our nation. The Fortnight has special importance this year. …

WASHINGTON DC: Population Research Institute commends the U.S. Congress for condemning the two-child policy inflicted upon the Rohingya in Burma. The Rohingya are a persecuted minority in northern Burma who are denied citizenship, are terrorized by pervasive mob violence, and who are, alone among the peoples of Burma, subjected to a two-child policy. Last Wednesday, May 7th, the US Congress passed H. Res. 418 “Urging Burma to end the persecution of the Rohingya people.” The …

The Manhattan Declaration A Call of Christian Conscience On November 20, 2009, a group over 170 Christian leaders in the United States signed a document pledging that they, and the congregations they led, would abide by certain fundamental, shared Christian principles. This coalition of Christian groups pledges to place these social principles above any law or statute, even if that means civil disobedience. The Declaration’s web site sums up the key social issues as the …

“In its May 6 ‘Weekly Briefing,’ the Population Research Institute (PRI) warned of an obviously growing totalitarian trend among homosexual activists who wish to silence all freedom of religion and speech pertaining to criticism of homosexuality. “Joseph D’Agostino, PRI’s vice president for communications, writes in the briefing that ‘today’s homosexual “rights” activists are determined to impose upon Western society a neopaganism that is anti-life, anti-family, and anti-religious, and they actively seek to punish those who …

May 10, 2006 Volume. 8 / Number 19 Homofascists March On Dear Colleague: As the homosexual “rights” movement gains ground, it seeks to silence the opposition. Steven W. Mosher President          When Nazis are talked about today, there is usually no mention of certain of their prominent aspects. Of course, those aspects which don’t fit into the politically correct view of history are those which get no mention. So you rarely hear of the Nazis’ …