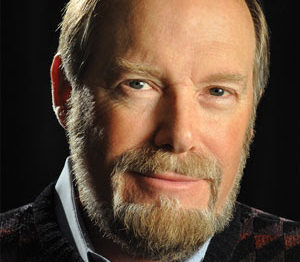 On Tuesday I was invited up to New York City to meet with Donald Trump. It’s not every day that you get to be up close and personal with a presidential candidate, so I immediately accepted. Before going, I had asked all of you for suggestions as to what kind of questions I should put to him.

(By the way, I’m still waiting for my invitation to meet with Hillary Clinton. I would certainly go. I have a lot of questions I would like to ask her as well, beginning with “Mrs. Secretary, how can you support the killing of full-term infants in America, China’s Planned Birth policy, and call abortion on demand a ‘human right’?“ It might be a short conversation.)

Several hundred of you responded by e-mail, phone and letter, with a wide range of proposed questions. But nearly all of you wanted Mr. Trump to nominate pro-life justices to the Supreme Court and to the federal bench, bring an end to abortion, and promise to defund Planned Parenthood. So I asked him.

On the Supreme Court, Trump said again—emphatically, as is his style–that he will nominate justices like the late Antonin Scalia. Of course, as he pointed out, he has not only been saying this repeatedly since Scalia’s untimely death, he has actually released a list of 11 people who he would nominate to the Supreme Court to fill the vacancy.

He went on to say that he had turned to the Federalist Society and the Heritage Foundation to find good judges. Both of these organizations are well known to me (I spent a year at Heritage as a Visiting Scholar) and are generally pro-life.

The judges on the list, about whom I have written, have an excellent track record. They are strict constructionists (that is, they actually read, rather than simply read into, the Constitution) who would vote to overturn Roe v. Wade.

Mr. Trump also pointed out to us, correctly, that the next President will have the opportunity to nominate as many as three, four, or even five Supreme Court justices. This means that he (or she) will determine the direction the Court takes for a generation or more.

This, by itself, would move us a long way towards ending abortion in our country by returning the issue to the states. It would also put us in a better position to pass a Human Life Amendment to the U.S. Constitution. This would protect the right to life of the unborn and end abortion on demand across our great land once and for all.

He has also pledged, on numerous occasions, to defund Planned Parenthood.

Much of Donald Trump’s time was spent explaining to our group, which included many pastors, his views on religious liberty. He not only assured the attendees that he was determined to protect our Judeo-Christian heritage (“We will say ‘Merry Christmas’ again, folks.”), he was surprisingly specific about exactly what he would do.

The “Johnson Amendment”, he said, needed to be repealed, and pledged to would work with Congress to ensure that this happened.

What is this “Johnson Amendment” and why is it so important?

The Johnson Amendment to the U.S. tax code, passed in 1954, prohibits tax-exempt organizations like churches and nonprofits like PRI from endorsing or opposing political candidates or specific legislation.

The practical effort of this ”gag order” was to silence Christian leaders. Pastors, priests, and other leaders became afraid to speak their mind in the pulpit or in public for fear of losing their tax-exempt status.

That this is a real fear is shown by the misbehavior of IRS employee Lois Lerner. As we all know by now, her office targeted groups with conservative, Christian views.

Trump’s promise received a standing ovation from the pastors who were present, who are all, truth be told, afraid of falling afoul of the IRS. As the head of a Catholic Christian organization which itself has been investigated (and finally cleared) by Lois Lerner’s office, I was on my feet as well.

What would be the effect of letting Christian leaders speak freely in the public square about the great moral issues of the day?

Governor Mike Huckabee, who emceed the event and who is himself a pastor, pointed out that if priests and pastors were free to publicly support pro-life laws and pro-life candidates, and mobilize Christians, much of the cultural rot now afflicting this country could be undone.

I myself believe that abortion, euthanasia, population control and other evils could be ended, and quickly.

And that is what we all pray daily for.