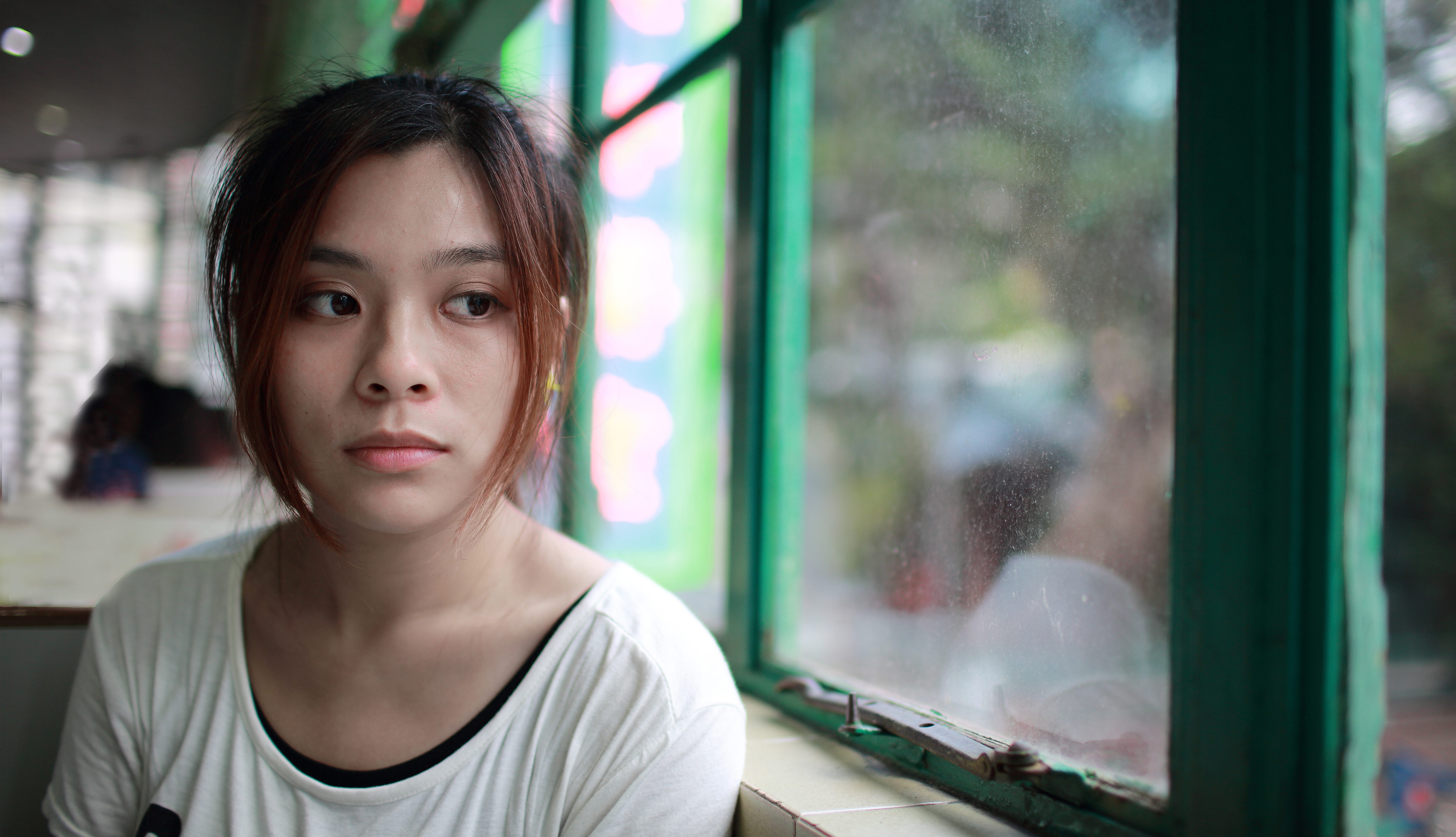 This article was originally published with The Epoch Times, is reprinted with permission and does not fall under PRI’s Creative Commons 3.0 license.

It has been a year since China’s Communist Party announced that it would be ending its notorious one-child policy and replacing it with a new policy which now permits all married couples to have up to two children. Despite the change, which some observers have described as a relaxing of the planned birth policy, coercion and human rights abuses remain.

As was the case under the one-child policy, the government continues to retain firm control over women’s reproductive autonomy. Couples who violate the new policy still face steep fines equal to as much as three to ten times their annual household income.

The use of fines remains a holdover from the former one-child policy and has become the primary mechanism used by the state, at least officially, to ensure compliance with the new policy. In places where local officials believe that fines have been insufficient to meet targets for the number of births per annum, other methods, which vary by locality in both type and application, have also been used to ensure compliance.

Women continue to face significant pressure and heavy-handed persuasion tactics from family planning officials to abort their children if they are over their birth quota. “We’ll definitely find you and persuade you to do an abortion,” one family planning official told an undercover investigator posing as a woman pregnant with her third child as part of a recent investigation by the BBC into China’s two-child policy.

Women who fail to comply with the policy could still “in principle” be compelled to submit to an abortion, by physical force if necessary, according to one family planning official.

The threat of forced abortion remains all too real for many. “If we weren’t in hiding, they would have forced us to have an abortion,” a local told the BBC who had fled their village with his wife when she became pregnant with their third child.

Many couples also continue to be threatened with loss of employment if they refuse to abort their third child. This past summer, it was reported that a woman in the sixth month of her pregnancy was threatened with job loss if she failed to abort.

Recently, some courts have begun to side with women who have been fired for violating the planned birth policies, but progress has been slow.

In seven provinces, including Fujian, Guangdong, Guizhou, Hainan, Jiangxi, Yunnan, and Zhejiang, it still remains a matter of public policy that employers can fire their employees for being over their birth quota.

While some employees fired from private companies have resorted to the courts, many workers do not have this option available to them. Legal experts have noted that civil servants can still be fired from their posts with no possibility for recourse if they violate the two-child policy.

In many places, invasive semi-annual sonogram pregnancy screenings continue to be mandatory for all women of reproductive age. Women who are discovered to be pregnant with their third child are counseled to submit to an abortion or face crippling fines.

The attitudes of family planning officials toward the government’s birth regulation policy have largely remained unchanged. Even as China faces a demographic crisis and rapid aging in the coming years, officials continue to believe that the state-imposed birth limits are in the best interest of the Chinese people as a whole.

Under the one-child policy, family planning officials perpetrated countless human rights abuses. Initially, couples were only allowed one child each. After female infanticide began appearing in some rural areas, due to strong son preference, the policy was quickly expanded to allow two children for couples in rural areas if their first child was a girl. In some places this led to implementation of a de facto two-child policy while in others, the application of this exception was tightly monitored. Unmarried women and women under the age of 23 who conceived were not eligible to give birth. Women could also be required to abort if they were within their birth quota but conceived too soon after the birth of their first child.

Women who dared to defy the government mandate were often forced to flee to a neighboring county or even to a foreign country to escape the family planning police. Our organization’s own investigators have come across many women who suffered at the hands of the planned birth program. One of these women, who after being forced into hiding when she became pregnant with her second child, purchased the body of an aborted infant to show to the local planning officials in order to convince them that she had terminated her pregnancy as required.

Other women who had exceeded the number of allowed births saw their property and livestock confiscated and their homes ransacked or demolished as retribution. They sometimes saw their relatives imprisoned for ransom. Many family planning offices had jail cells on the premises for this very reason. At times, entire villages were punished if there was as much as one unpermitted birth.

Prohibitively expensive fines, similar to those seen to this day, were levied under the one-child policy for couples over their birth quota. Those caught having to pay fines were often left having to pay back money borrowed from family and neighbors for many years.

While the use of physical force was officially prohibited, as it still is today, it is well-documented that forced abortion and forced sterilization were widely practiced and rarely punished.

Women forcibly aborted in many instances would be injected with a long syringe through the abdomen which would kill the fetus in utero. Typically doctors waited for women to miscarry the dead child, but occasionally the corpse would be removed via C-section. Aborted infants were subsequently dropped into waste bins or loaded onto wheelbarrows and dumped into ditches.

Women who managed to give birth under the one-child policy could be required by local family planning officials to report to the health clinic for sterilization. Children born “illegally” were denied registration (“hukou”). These so-called “black children” were not allowed to attend school, receive health care at a government health clinic and, when they became older, would be ineligible to hold a government job or to get married.

This past January, Vice Minister of the National Health and Family Planning Commission Wang Pei’an maintained that the Communist Party would continue to regulate births for the foreseeable future, for “at least 20 years, 30 years.”

Chinese regime leader Xi Jinping has also stressed his commitment to continue promoting the planned birth policies. In a written statement to the Family Planning Association, according to the Press Trust of India, Xi maintained that “the population issue has always been an overall, long-term, strategic issue facing our country…the tensions between population and resources and environment will not fundamentally change.”

Despite Xi’s belief that population control is necessary for economic development, demographers and economists have warned that China’s shrinking pool of working-age adults, due in part to 35 years of limiting births under the one-child policy, could hinder economic growth in the coming years.

As China’s population rapidly ages, old-age dependency is set to increase dramatically. By 2060, China will be among the top 15 oldest countries in the world, with 0.61 retirement-age persons (over 65 years of age) for every working-age adult, according to UN Department of Economic and Social Affairs projections.

The new two-child policy may be too little, too late to stop the demographic transition now already taking effect. By the time the children being born today turn 20 years old, the ratio of retirement age to working age persons will have more than doubled, according to U.N. data. While there were 5.6 working-age adults for every retirement age adult in China last year, there are projected to be fewer than 2.4 working-age adults per retiree by 2035.

While the China National Bureau of Statistics projects 40-50 percent of births will be at second parity in a few years’ time, the number of higher order births continues to lag far behind countries that have sustainable fertility rates. In the United States, over 60 percent of all births were of an order higher than first parity in 2014.

The total fertility rate in China remains unsustainable for long-term growth, a rate that, by U.N. projections, could currently be as low as 1.58.

While it is generally assumed that a total fertility rate of 2.1 is the threshold necessary to achieve population replacement, this rate typically only applies to developed countries. In China, replacement fertility is slightly higher than 2.1 on account of higher mortality rates for children and adults of reproductive age. Furthermore, due to the widespread practice of sex-selective abortion in China, more births are needed than would typically be required otherwise to offset the negative effect created by the gender imbalance.

Even if the planned birth policies are lifted, there would still remain a long road ahead for China to regain replacement level fertility. Decades of propaganda promoting a one-child family norm have effectively changed fertility intentions for couples. Many couples in China today now perceive a second or third child as too expensive. Generally, family sizes tend to shrink as nations become more urban, more educated, and more economically prosperous. As China continues to further advance in these areas, a return to sustainable fertility levels may become more difficult.