What About the Other Korea, the One the Pope Didn’t Visit?

While the Pope brought light to South Korea, the North remains shrouded in darkness.

Satellite pictures of the Korean peninsula at night tell the story. The southern half, where the Pope just finished a five-day visit, is bathed in light. The major cities of South Korea, Seoul and Pusan, gleam like bright jewels, surrounded by a glowing lacework of smaller cities and towns.

The northern half of the peninsula, on the other hand, is a black hole. Only the dim light of Pyongyang, the capital of the communist north, breaks the unrelenting darkness.

The picture illustrates the stark contrast between the wealth generated by the free peoples and free markets of the south and the wretched poverty wrought by the Communism practiced by the north. 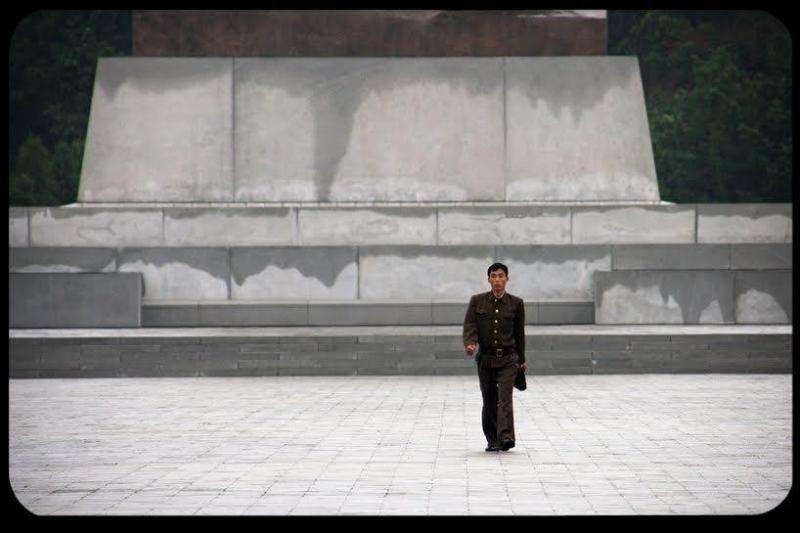 But the picture can stand as a spiritual metaphor as well. For while Christianity is thriving in the south—as the millions who gathered for the Pope’s Masses demonstrate—it has been all but extinguished in the north. The government is officially atheistic, and decades of harsh persecution and imprisonment of believers have decimated the Church there.

No one expected North Korea to respond positively to the Pope’s visit. But even the secular press was taken aback by the overt hostility that Pyongyang displayed in firing five missiles almost as the Pope landed. It was a reminder that the two Koreas are still technically at war. No peace treaty has ever been signed. Kim Jong-Un, the latest Kim to rule the north, still harbors ambitions of conquering the south.

His grandfather, Kim Il-sung, attempted just such a conquest in 1950, when the North Korean army poured across the 38th parallel and fell upon the hapless south. Only the intervention of the United States forestalled this blitzkrieg. And it is arguably only the continued presence of 28,000 U.S. troops in the south that stays the younger Kim’s hand at present.

Many Christians fled south before the advancing Communists, knowing the brutal fate that awaited them if they remained. Those who did not manage to escape often found themselves placed under arrest and sent to concentration camps. Of North Korea’s estimated 100,000 Christians, as many as half may be imprisoned. Overall, some 200,000 people remain incarcerated in such camps today, an incredible number for a country of only 25 million.

Eyewitness accounts tell of endless work, scarce rations, high death rates, and the constant brutality of prison guards. Escape is almost impossible. Not only are the prisoners kept under constant guard, the camps themselves are surrounded by electric fences that, charged to 50,000 volts, are deadly to the touch.

Some years ago I sent investigators to Pyongyang to look into that country’s bizarre and brutal population policies. They found that pregnancy is considered to be an actual crime under some circumstances, and that abortion is legal up to childbirth. They reported that pregnant women are seen as “unsightly,” and that women who become pregnant are actually banished from the capital city. Triplets are regarded as inauspicious, and are separated at birth from their parents and sent to a special orphanage which specializes in neglect.

The worst thing they found was that women who are imprisoned in North Korea’s vast network of concentration camps are absolutely forbidden to get pregnant. If they do, they are simply beaten by the guards until they miscarry, or the guards will do a cesarean-section abortion, leaving the women to die. Women who do manage to somehow give birth see their babies murdered in front of them. And then they are killed in turn.

It is almost impossible to escape to the south across the DMZ—the demilitarized zone that divides north and south. It is closely guarded by Kim’s million-man army, which has orders to shoot to kill. So those who would flee go north, attempting to cross the Yalu River into the People’s Republic of China. The guards in the north are under the same deadly orders, but there are fewer of them and it is sometimes possible to get across.

And the North Koreans keep coming, drawn by the bright lights of China’s cities and the desire to escape from grinding poverty. Among them are large numbers of young girls who are being sex-trafficked into China to help make up for the shortage of women there. As the U.S. State Department’s 2013 Trafficking in Persons Report notes, the “one-child policy” is a “key source of demand” since it has resulted in the killing of baby girls and a huge surplus of men.

Although the North Korean birthrate, like South Korea’s, is below replacement, the UN Population Fund—the population control arm of the UN—has an office in Pyongyang from which it promotes contraception, sterilization and abortion, arguably making a bad problem even worse.

One would think that of all the things that this dying country needs—freedom of conscience, freedom of religion, freedom of speech—that the last would be population control. But the death peddlers, as Father Paul Marx famously called them, are here as well, working hand-in-glove with a government that acts as though human lives are worthless.

It is no surprise that Pyongyang did not respond to the Pope’s peaceful overtures. In fact, the North Korean state-controlled media did not even report on Pope Francis’ visit to the South, nor his call for reconciliation between the two Koreas. And few North Koreans would have learned this from other sources, since Internet access is restricted and it is a crime punishable by death to listen to South Korean radio broadcasts.

But North Korea’s rejection of Pope Francis should not be solely attributed to its communist brutality or its knee-jerk atheism. For there is a kind of state religion practiced in North Korea, a religion that, strangely enough, was founded on an evil distortion of the Christian faith.

Few people know that Kim Il-sung, the first dictator of North Korea, grew up in a Christian home. He left the faith when he became a communist, but carried with him the idea that certain Christian practices—weekly meetings, singing hymns, and devotion to a deity—could become the basis of a state religion.

He called his religion Juche, and ordered that everyone in North Korea attend regular “self-criticism meetings” to practice it. These meetings resemble nothing so much as Christian worship and praise meetings. Those present sing hymns of praise to the Kim dynasty, listen to “sermons” about the writings of Kim Il-sung and his son and now grandson, and recite his “10 Principles” which are a variation of the 10 Commandments. In its essence, Juche is essentially the worship of the Kim family, who have thereby claimed for themselves the status of deities.

There is no room for the Son of God in the Kim family pantheon. Nor for any invitation to, or even acknowledgement of, his Vicar on earth.

For poor North Korean Catholics—who struggle on without priests, without the sacraments—the Pope was still worlds away, while the latest Kim looks down god-like from posters plastered on every street corner.

Steven W. Mosher is the President of the Population Research Institute.
This article was originally published on www.Aleteia.org  and is reprinted with permission. All rights reserved.