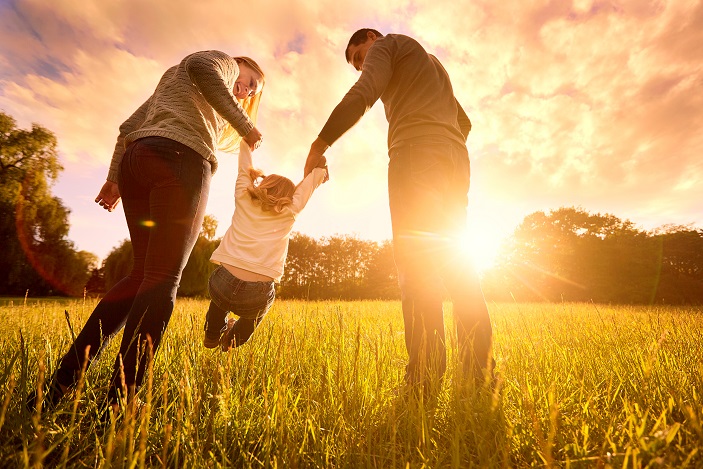 World Population Day is an occasion for the “Anti-People Crowd” to don sackcloth and ashes and bemoan human population growth.  Led by the U.N., demonstrators will march in major cities protesting overcrowding.

Today is the United Nations’ 30th annual “World Population Day.” Though the UN never stops trumpeting doom and gloom about “overpopulation,” it turns up the volume on July 11 each year.

For example, Robin McKie, a science and environment writer, wrote in yesterday’s The Guardian,

“Today there are about 7.7 billion men, women [and] children on Earth, a staggering figure given that a century ago, there were only 1.9 billion. … By 2050, the Earth’s population will have hit 9.7 billion and it will continue to rise, reaching a figure of about 10.9 billion by 2100. … If there are 10 billion of us, every forest, valley and piece of land will have to be turned to agriculture to feed us. “Our planet cannot withstand such numbers,” says the palaeontologist Peter Ward ….”

It’s the same message population fearmongers have spread for over two centuries, from Thomas Robert Malthus’s Essay on the Principle of Population (1798) to Paul Ehrlich’s The Population Bomb (1968), The Population Explosion (1990) and Humanity on a Tightrope (2010), the claim has persisted that too many people mean depleted resources and a poisoned planet.

Fear of the consequences of overpopulation have lead to human rights violations. The worst example of population control in the world comes from Communist China.  It’s brutal one-child policy was literally the fear-mongering of the anti-people types comes to life–and it caused the death of 400 million unborn and newborn children in China.  This story is told in Steve Mosher’s A Mother’s Ordeal.

The Wall Street Journal says this about A Mother’s Ordeal,

“Fascinating. …A mother’s Ordeal bears witness to the terror that can accompany daily life in today’s China. While more information about China’s restrictive policies is steadily coming to light, it is unusual to have as an informant a nurse who was both victim and victimizer. …Chi An and Mr. Mosher have not only told the story of one mother’s ordeal; they’ve recounted a nation’s ordeal, too.”

Should we, like the Chinese communist party, regret the day our planet became home to seven billion or is it a milestone on humanity’s upward path that we should celebrate?

For the population controllers at the UN Population Fund and Planned Parenthood the answer is clear: They would have preferred that Baby Seven Billion had never been born.

We, on the other hand, celebrated the birth of Baby Seven Billion. This little child was born into a world that is more prosperous than our forebears could ever have imagined.

Driving the so-called “population explosion” has been a real explosion in health and longevity. As late as the 19th century, four out of every 10 children died before reaching age five. Today under-five mortality is under 6 percent and falling. Two hundred years ago, human life expectancy was under 30 years. Today it is 69 years and climbing. As people live longer, naturally there are more of us around at any given time.

By nearly every measure of well-being, from infant mortality and life expectancy to educational level and caloric intake, life in Africa, Asia, and Latin America has been getting dramatically better. According to the World Bank, the average income in the developing world has quadrupled since 1960. Enough grain is produced for every person on earth to consume 3,500 calories daily. There is no need for anyone to starve in the midst of this plenty.

Population has more than doubled since 1960, but crop yields per hectare have kept pace. World food and resource production has never been higher. Economies continue to expand, productivity is up, and pollution is declining. Life spans are lengthening, poverty is down, and political freedom is growing. The human race has never been so well off.

The truth is, underpopulation, not overpopulation, is the real threat that much of the world faces today. Some 80 countries representing over half the world’s population suffer from below replacement fertility — defined as less than 2.1 children per woman.

The populations of the developed nations today are static or declining. The UN predicts that, by 2050, Russia’s population will have declined by 25 million people, Japan’s by 21 million, Italy’s by 16 million, and Germany’s and Spain’s by 9 million each. Europe and Japan are projected to lose half their population by 2100.

Countries with below replacement rate fertility will eventually die out. It’s just a question of time.

Even in the developing world family size has shrunk, from around 5 children per woman in 1960 to less than 3 today. And the decline continues.

According to the UN’s “low variant projection” — historically the most accurate — the population of the world will peak at 8 plus billion in 2040 or so, and then begin to decline.

High fertility rates are becoming rare. The UN numbers for 2010 showed only 10 countries with population increase rates at or above 3.0 percent.

By 2050, persons aged 65 and above will be almost twice as numerous as children 15 years and younger. The economic consequences of population aging will be closing schools, declining stock markets, and moribund economies.

Ignoring these facts, the population controllers continue to spread their myth of overpopulation.

The UNFPA and other population control organizations are loath to report the truth about falling fertility rates worldwide, since they raise funds by frightening people with the specter of overpopulation. They tell us that too many babies are being born to poor people in developing countries. This is tantamount to saying that only the wealthy should be allowed to have children, and is a new form of global racism.

We should stop funding population control programs, and instead turn our attention to real problems, such as malaria, HIV/AIDS, and infectious diseases.

Never forget people are our greatest resource. Extraordinarily gifted people have helped to enrich civilization and lengthen life spans. But the fact is, everyone, rich or poor, is a unique creation with something priceless to offer to the rest of us.

Every baby, boy or girl, red or yellow, black or white, is not a liability, but an asset. Not a curse, but a blessing. For all of us.

Right now, you can receive a free copy of A Mother’s Ordeal! Through the end of July, we’ll send you a FREE copy as our way of saying “Thank you!” for a donation of any size.

To receive your copy, simply make a gift of any size to the Population Research Institute by the end of this month.

You can give at our secure online giving page here or by mailing your check to Population Research Institute, P.O.Box 1559, Front Royal, VA. 22630. Or if you’d prefer to donate by credit card over the phone, just call us at (540) 622-5240.  Leave a voice mail with your name and number if we happen to be talking to another supporter, and we will call you right back.

Let’s  make our world a world that puts people first!