Viral Marketing and the Pro-Life Cause

Pro-Lifers need to use all the tools at their disposal to get their baby-saving message out.  Viral marketing is one such tool that we are using at PRI—and you can help simply by forwarding our messages and videos.

Viral Marketing and the Pro-Life Cause

Earlier this year, an anonymous YouTube user known only as ParkRidge47 uploaded a video expressing his views about Hillary Clinton.  The video blended footage from Ridley Scott’s famous 1984 Apple commercial with clips from Hillary’s “Conversations with America” series.  Hilary appeared as an Orwellian “Big Brother,” an effect alternately unsettling or hilarious depending on your views of the Clintons.

In a matter of a month, this no-budget, 74-second video garnered nationwide media attention and over three and a half million views on YouTube alone.

We now know that ParkRidge47 is a man named Phillip De Vellis, and that his video was not authorized by any candidate.  De Vellis cleverly used Photoshop and video editing software to create a video interesting enough (and controversial enough) to spread throughout the internet like a benign virus. 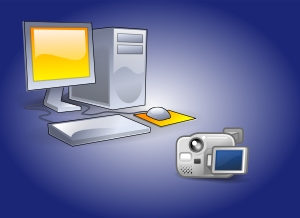 Viral marketing is cost-effective: a compelling message can be produced and disseminated with as little equipment as a video camera and a desktop computer.

As both the Clinton and Obama campaigns reacted publically to the video, the San Francisco Chronicle announced that we had reached "a watershed moment in 21st century media and political advertising.”  An ordinary citizen, albeit one with impressive editing skills, was able to create and post a video that impacted a huge number of people and may have changed the course of a presidential campaign.

This incident is only one example of the growing phenomenon of what has become known as viral marketing .  Made possible by the advent of the internet, viral marketing is a way of educating people about an idea, or spreading awareness about a product, by simply getting people interested enough to want to spread the word.  Instead of paying to market a product, information is simply passed along from one person to another in the same way that a virus spreads. 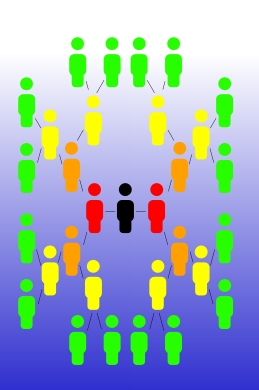 Enthusiatic recipients spread the message at a geometric rate, giving a massive return on a small advertising investment.

Because of the success of Mr. ParkRidge47 and others, the huge potential of this means of communication is now understood, and political parties and companies are trying to harness it for their own ends.  We at PRI are excited about harnessing the power of viral marketing, especially in the form of videos on YouTube, for the good of the pro-life movement.

The pro-life movement faces a powerful opponent, one with far deeper pockets and better media connections than we.

But as Howard Kurtz of Reliable Sources recently noted on CNN, viral marketing marks an "historic shift from a world in which a few important media outlets control the dialogue, to a game where anybody can play." Viral marketing and YouTube present us with unique opportunities not only to get our message out, but to stay one step ahead of our over-funded, bureaucratized anti-life adversaries. In fact, a grassroots movement like ours should enjoy a real advantage in this new kind of marketing, by virtue of our numbers and individual social networks.

In fact, whether or not pro-lifers will be able to win at this new media game depends almost entirely on our willingness to play it. After being battered for decades by a no-holds-barred media war against the pro-life movement, our side has every right to be suspicious of the press, the media, and marketing in general. But now we have access to a new technology that plays to our strengths. We have but to use it.