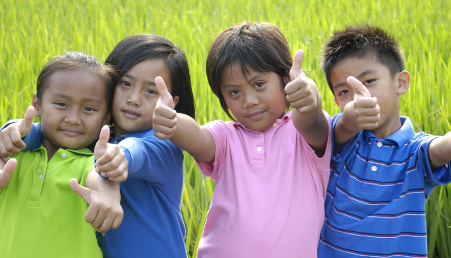 Vietnamese outlet Thanh Nien News reports that the Vietnamese government is preparing to categorically reverse its two-child policy. If this happens, Vietnamese families will be able to decide for themselves how many children they can have, without government fines or punishment.

For decades, the Vietnamese government sterilized women after the birth of their second child, and employed coercive economic restrictions to punish families who had more than 2 children. In the September/October 1995 PRI Review, we noted: “[Vietnam] denies third children a birth certificate and offers a reward of $20 [in 1995 US dollars] to women who have a hysterectomy. Punishment for having a third child exists across Vietnam, but it appears the policy, which began in 1985, is most strict among the subsistence farmers who make up the poorer echelons of society. Families who violate the policy are denied land to grow rice—and thus effectively starved—until they fall back into line. They are also fined about $80 [in 1995 US dollars], a seemingly paltry amount that is in fact the equivalent of 10 months’ income. The government encourages women to undergo a hysterectomy following the birth of her second child, a procedure to which approximately half of all village women have been subjected.”

Several years later we returned to Vietnam, and our on-the-ground investigation once again confirmed that: “Vietnam’s family planning policy is universally coercive, and includes a two-child limit for cadres, manual workers, civil servants, soldiers, families living in a municipality or in the Red River or Mekong Deltas; and birth limitations for ethnic families in northern mountain provinces, Central Highlands and Northwest. Families that have more than the stipulated number of children must contribute “social support funds,” or face punishments stipulated by law by management agencies.”

Birth restrictions were temporarily loosened in 2003, only to be reinstated in 2009. Now it appears that they will be eliminated entirely, a shift in policy resulting from government alarm over the country’s precipitously falling birthrate. According to Thanh Nien News, “Years after Vietnam first asked families to have no more than two children, policymakers are now seeking to remove the restriction, warning that the country’s birth rate has become alarmingly low.” Since 2009, the nation’s total fertility rate has dipped to 1.85, which is below the replacement rate.

Sadly, other Asian countries continue to deny families the right to choose their family size. Myanmar (also known as Burma) recently passed legislation giving the government the power to space the births of its citizens. Human rights groups fear this legislation will be used to disproportionately target the Rohingya, a Muslim group in the majority-Buddhist country. China, despite its supposed “loosening” of reproductive restrictions, still maintains its tight control over the reproductive lives of its citizens, requiring that women have birth permits before conceiving and bearing children.

We at PRI have long urged the Vietnamese government to reconsider its short-sighted one-child policy. We celebrate the fact that it is now on the verge of returning control of fertility back to the Vietnamese people. Couples have a natural right to determine the number and spacing of their children, a right which the Hanoi regime took away from them a half century ago. Let’s hope that other countries in Asia which restrict childbearing under a state plan, such as China, will follow suit. It would be an important step in the direction of respecting human rights.