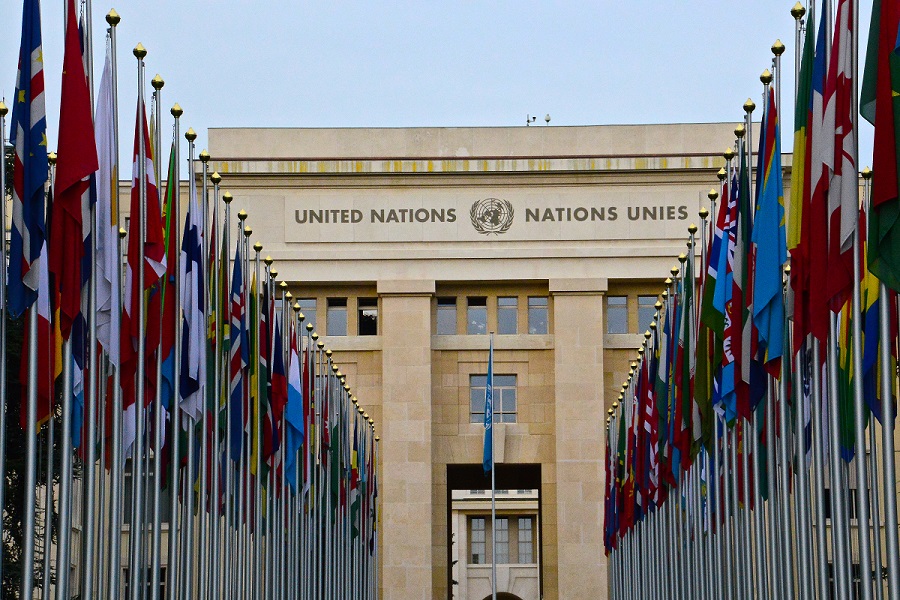 The so-called “Human Rights Committee” is very, very unhappy with the Trump administration’s efforts to protect the human rights of the unborn. So what?

The U.N. Human Rights Committee has taken broad aim at pro-life laws and policies in the United States.

Meeting last month, the Committee called on the Trump administration to “review” a number of its pro-life policies, suggesting that these were incompatible with international law.  The Committee singled out for criticism President Trump’s Mexico City Policy,[1] his executive order “Protecting Free Speech and Religious Liberty,” and his executive order which protects religious employers like the Little Sisters of the Poor from being forced against their religious beliefs to pay for contraceptives in their employer-sponsored health plans.

Specifically, the Committee called for the Trump administration to explain the “compatibility” of these pro-life policies with the International Covenant on Civil and Political Rights (ICCPR), suggesting that the U.S. is bound by its own Constitution and by international law to observe the Committee’s interpretation of this international human rights treaty as legitimating abortion.

What is driving this new assault on American efforts to protect the unborn is the Committee’s General Comment no. 36—a document adopted late last year by the Human Rights Committee that claims that every country that has ratified the treaty “must provide…legal and effective access to abortion” in cases of rape, incest, health of the mother, and when the pregnancy “is not viable.”

The Committee has ordered the Trump administration to respond to its inquiry “in the light of the Committee’s General Comment No. 36.” What the Committee did not say was that General Comment No. 36 is the very first document ever adopted by a U.N. treaty body to suggest that the ICCPR treaty, or any other U.N. treaty, requires countries to legalize abortion.  Nor did it mention that its radical interpretation of the treaty has been rejected by a number of countries.

The Committee also took sweeping aim at the hundreds of pro-life laws that have been passed in the U.S. on the state level over the past few years. Explain how these pro-life state laws are in compliance with U.S. obligations under the ICCPR Treaty, the Committee told the Trump administration.

The U.N. Committee did not specify which state-level abortion restrictions it wanted the U.S. Government to review in particular, but broadly requested that the administration include any pro-life laws which “restrict women’s access to reproductive health and abortion services and create new barriers to them in practice.”

One can understand why international abortion advocates are in panic mode over state-level initiatives to protect life. Literally hundreds of pro-life laws have already been enacted by various states over the past few years. Just since January 1 of this year, more than 250 new pro-life laws have been introduced in state legislatures.  And these laws restricting abortions have been saving many lives, as Michael New has recently documented.

While the U.S. Supreme Court’s decisions in Roe v. Wade and Planned Parenthood v. Casey prevent states from banning abortion outright, states have successfully banned abortion after 20 weeks when a child can feel pain, required basic health standards for abortion facilities, prohibited taxpayer funding for abortion, provided women seeking abortion with informed consent.  States have also banned certain kinds of abortions, such as sex-selective abortion and or the abortion of unborn children diagnosed with Down Syndrome or other congenital defects.

While the U.N. Committee rejected in General Comment No. 36 the imposition of criminal sanctions on abortionists, many of the state-level pro-life laws in the U.S. do just this to ensure compliance.

Another area where the U.N. Committee’s positions are at odds with current U.S. practice is in the area of conscience rights. In 2016, the Committee called on Poland and Colombia to require that doctors who conscientiously object to performing an abortion provide abortion referrals, even if it violates their conscience to do so. General Comment No. 36 returns to this issue, instructing countries to remove “barriers” to abortion, “including barriers caused as a result of the exercise of conscientious objection.”

The Trump administration has just done the opposite.  The U.S. now has in place a broad-based policy of protecting the conscience rights of healthcare entities and individuals.

The U.N. Committee justified its request to the Trump administration by pointing to Article 40 of the ICCPR, which authorizes it to periodically request reports from countries on their progress in implementing the treaty. The Committee has long used such reviews as occasions to harass countries into loosening restrictions on abortion.

The Committee’s request last month to the Trump administration is unprecedented, however. It represents the first time the Committee has officially criticized U.S. laws protecting the

unborn — under the guise of “requesting” the Trump administration to comment how such laws comport with the Committee’s radical interpretation of the ICCPR treaty.

It will be interesting to see how the Trump administration will respond.

We recommend that it simply reject General Comment No. 36 altogether, along with any other interpretation of the ICCPR treaty that undermines American sovereignty and democracy.

[1] The Mexico City Policy is a policy that prohibits U.S. foreign aid in global health programs from being used to financially support foreign non-governmental organizations (NGOs) that perform or promote abortion. The Mexico City Policy was reinstated in 2017 as one of President Trump’s first acts in office and has since cut millions of dollars in U.S. funding to international abortion groups such as the International Planned Parenthood Federation (IPPF) and Marie Stopes International (MSI).