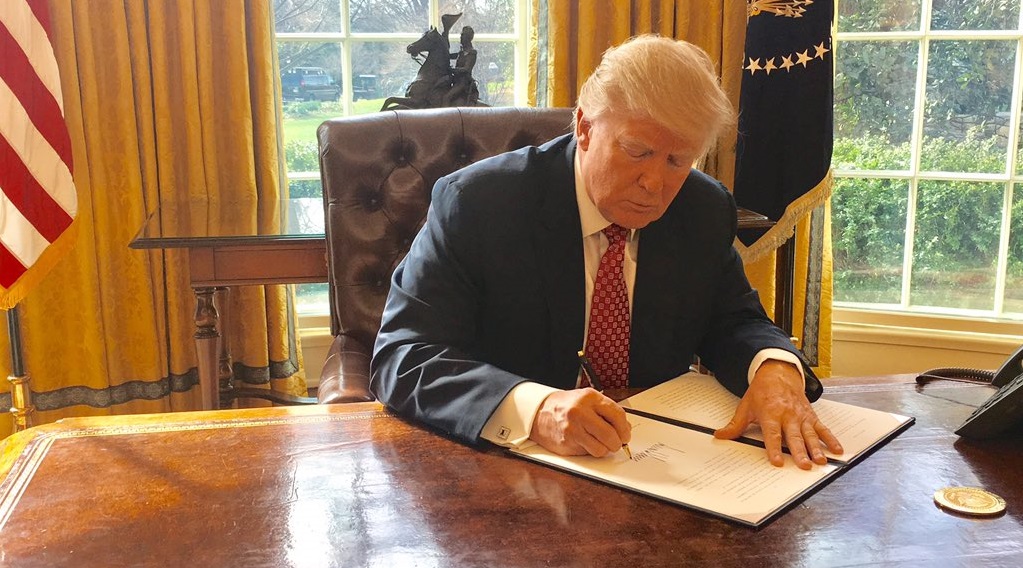 On Friday, the Department of Health and Human Services (HHS) reversed the deeply controversial Obama-era Contraceptive Mandate which had forced religious employers to violate their religious beliefs by facilitating access to contraception in their employer-sponsored health care plans.

“Any rule that allows employers to deny contraceptive coverage to their employees is an attempt at allowing religion to be used as a license to discriminate,” the ACLU was quoted in the Guardian.

Neither the Affordable Care Act (ACA) under which the Contraceptive Mandate is based nor any U.S. law guarantees access to free contraception without co-pay. No law mandates free contraception be made available at the expense of religiously objecting employers or employees. Federal courts have ruled on a number of occasions that failing to pay for a protected service is not tantamount to penalizing an individual.[1]

Even under the ACA, many employees are required to obtain on their own insurance for essential health care services such as dental or vision.

The HHS Contraceptive Mandate had required all individuals and employers with non-grandfathered plans to pay for health insurance that included coverage for contraception. For persons with moral or religious objections to contraception, the mandate posed a serious threat to religious liberty and freedom of conscience rights.

This past Friday, HHS made unpublished versions of new interim guidelines for the Contraceptive Mandate available online. The new guidelines grant significant relief to individuals and employers with moral or religious objections to contraception in their health care plans.

That same morning, Attorney General Jeff Sessions also released a memorandum issued to all federal departments and agencies, providing an interpretative guidance on their obligations under federal law to respect religious liberty rights. Sessions further instructed all federal attorneys in the Department of Justice to adopt the interpretative guidance and has essentially asked them to drop all pending cases against petitioners seeking injunctive relief from the Contraceptive Mandate.

In April 2011, the Health Resources and Services Administration (HRSA), an agency within the HHS, introduced the Contraceptive Mandate. While the Affordable Care Act (ACA) does not require health care plans to include contraceptive coverage, the HRSA interpreted the ACA’s provision on essential health benefits for women’s preventative care to require non-grandfathered insurance plans to provide free female contraception without cost-sharing, co-pay or deductible.

The Mandate’s narrowly crafted exemptions only applied to churches and houses of worship. All other employers, including religious organizations, Christian and Catholic universities, Catholic dioceses, and pro-life organizations were compelled to violate their sincerely held beliefs or risk paying steep fines.

While the Government took no issue with granting exemptions to the ACA’s individual mandate under a variety of circumstances—including for persons who opposed having health insurance on religious grounds—no exemption was ever granted for individuals or employers who conscientiously object to paying for health care plans that include contraception.

Not even the Little Sisters of the Poor were exempt from the Mandate’s onerous requirements. The Mandate would have forced the religious order to choose between violating Catholic doctrine or paying crushing fines amounting to $2.5 million per year.

Since the Mandate began, more than 100 lawsuits have been filed against the Government. Hundreds of petitioners have sought injunctive relief through the courts from the directive’s onerous requirements, making the HHS Mandate the most litigated religious liberty crisis in U.S. history.

Cases arising from the Contraceptive Mandate have twice reached the U.S. Supreme Court, Burwell v. Hobby Lobby in 2014 and Zubick v. Burwell in 2016. In both cases the Court sided against the Government and in favor of religious liberty rights.

In Zubick, the Supreme Court unanimously vacated decisions handed down by several appellate courts including rulings forcing the Little Sisters of the Poor, the Archdiocese of Washington (D.C.) and Priests for Life to violate their religious tenets. Litigation remains ongoing, however, as the Court remanded these cases back to the appellate courts for reconsideration.

The Contraceptive Mandate fell hard on families and individuals with religious or conscience-based objections to contraceptive coverage. Families were often forced to choose between violating their religious beliefs or forfeiting health insurance coverage. And because the ACA’s individual mandate requires everyone to have health insurance, hard-working families were often—and still continue to be—punished by the Government with steep fines for exercising their religious liberty rights.

Due to persistent outcry and mounting lawsuits, the Obama Administration was forced to expand the Mandate’s exemptions. However, as the Supreme Court affirmed in its 2016 decision in Zubick, none of the revised guidelines issued by the federal Government met even the minimum requirements necessary to respect religious liberty rights.

While the Government could have easily separately provided free contraceptive services for women who wanted them, the Obama Administration opted instead to force religious employers to participate in facilitating access to contraception.

In the Government’s latest revision of the Mandate prior to Friday’s announcement, religious employers were required to notify HHS or the Department of Labor that they opposed contraceptive coverage and were required to provide the Government with identifying information on their company’s health care plan. This notification, however, would set into motion the process by which the Government would inform the health insurance company that they must bear the cost of contraceptive services. As the notification procedure necessarily triggered the provision of contraceptives for their employees, the Mandate thereby forced religious employers to take positive action in facilitating contraceptive access.

The Religious Freedom Restoration Act of 1993 (RFRA) states that Government policies cannot place a substantial burden on the exercise of religious liberty unless the policy “furthers a compelling government interest” that is advanced in the least restrictive manner possible.[2]

As the Supreme Court found in both Hobby Lobby and Zubick, the Obama Administration could have found many less restrictive ways to enforce its policy. The Government could have just as easily provided contraceptives services to women without the involvement of religiously or morally objecting employers.

The new interim HHS guidelines would completely exempt all non-profit, private, higher educational, and non-governmental employers, as well as health insurance issuers, with religious or moral objections to contraception from having to comply with the Mandate.

Furthermore, under the new guidelines employees may no longer be required to choose between forfeiting coverage and violating their religious beliefs. Employees may now be provided, with the permission of their employer and the employer’s health insurance issuer, the option for separate coverage for contraceptive services or separate insurance policies that do not include contraceptive services.

However, the new interim guidelines still do not go far enough. The new guidelines do not require or guarantee that any health insurance issuers will actually provide affordable health care plans for objecting individuals. The new guidelines also deny individuals with religious objections the option of obtaining employer-sponsored health insurance if their employer does not want to provide for them a different plan that does not include contraceptive coverage.

Pending litigation on the HHS’s new guidelines ensures that the fight for religious liberty rights will continue for the foreseeable future.

Nevertheless, the Trump Administration’s new directive, for now at least, provides significant, long-overdue and much needed relief for the religious liberty of both employers and employees.