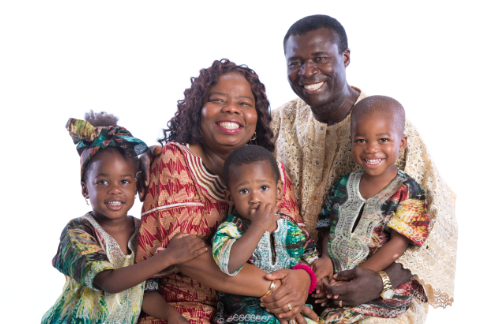 As the Synod on the Family continues in Rome, it is helpful to remind ourselves why marriage is important to human thriving.

From individuals, to families, to the general population at-large, marriage is essential to society. A committed marriage provides the best arrangement for the well-being of both spouses and children. Marriage provides a more stable environment for personal growth and development than any other living arrangement.

Yet many families in today’s culture are rent apart by separation, divorce, and civil remarriage. Former spouses and children are left to suffer the effects—effects so pervasive and widespread that virtually no one has been left untouched.

Seeing society move away from marriage, some Synod fathers have suggested loosening the Church’s teaching on marriage. They claim that this would be a more compassionate and merciful approach. But, as research in demography and the social sciences demonstrates, the most compassionate approach is to strengthen and defend marriage from the attacks of modern culture. Preserving first-time marriages is the most merciful option.

It has long been known that marriage provides emotional support for children, reduces risk for engagement in deviant and antisocial behaviors,[1] and even increases the amount of money men will earn over the course of their careers.[2] But marriage is also an essential component to positive population indicators and overall societal well-being. It is an irreplaceable institution.

Take infant mortality, for instance. Raw data from the National Center for Health Statistics reveals that infants born to unmarried mothers are over 70 percent more likely to die in the first year after birth than infants whose mothers are married. In 2013, unmarried births accounted for less than half of total births, some 41 percent. Yet total infant deaths among unmarried mothers exceeded infant deaths among married mothers by a margin of over 2,000.[3] Even though mortality margins have decreased over the past few decades, large gaps between married and unmarried remain.

Being unmarried has long been known to be a risk factor for infant and fetal mortality. Marriage, on the other hand, is associated with a wide range of benefits for newborns. These include a reduced risk of low birth weight, preterm birth, and small-for-gestational-age complications. Risk factors remain even when controlling for other variables such as income, mother’s education, mother’s age,[5] unemployment status, having had a prior abortion, maternal diabetes, and short parity intervals.[6]

These differences remain even in Scandinavian countries where health care for pregnancy is free and widely accessed. For example, some 99.7% of mothers in Finland receive prenatal and postnatal care during and after their pregnancies.[7] Add to this the fact that welfare benefits for single mothers are generous. Yet even in these circumstances, where access to health care is universal, marital status makes a difference. But infants are not the only ones to benefit from marriage. Marriage also affects adult mortality rates. A comprehensive study carried out in Japan revealed that married men are significantly less likely than their widowed, divorced or single counterparts to die of stroke, coronary heart or cardiovascular diseases, respiratory illnesses, or physical trauma.

Marriage provides a more stable environment in which mothers can provide the care that their children need both before and after birth. Married mothers are more likely than their unmarried counterparts to obtain prenatal care before the third trimester. They are also less likely to smoke or use illegal drugs while pregnant.[9]

Mothers and their children also benefit from the greater financial resources that come with greater household specialization, a factor believed to contribute directly to higher income among married men in contrast to their unmarried counterparts.[10] Greater specialization not only provides financial benefits but also helps to reduce the stresses involved with pregnancy.[11] The higher incomes that result from the financial synergy of married couples also likely enables greater access to health insurance coverage and quality health care.

It is marriage rather than cohabitation that produces the best outcomes for families. Cohabiting men earn about half as much as married men and slightly less than single dads.[12] While cohabiting couples in general provide greater financial security than single mother households, they fall far behind married couples in household income and are significantly more likely to be living below the poverty line.[12] Cohabiting couples who marry are more likely to see a rise in household income as a result.

If the entire population abandoned marriage and childbearing fell to the current levels of unmarried fertility, population numbers would implode. At such low rates, the population would not merely contract in numbers but would create major challenges for the larger society. Fertility rates so far below replacement would cause the population to age very rapidly. This would place significant strains on social support systems like Social Security and Medicare as there would be proportionally fewer working age taxpayers to pay into these programs.

A smaller workforce would put significant restraints on economic growth. This situation is being played out today in Japan. There companies are increasingly turning to importing foreign workers to fill job vacancies resulting from that country’s low fertility rates.[15] Many municipalities would become ghost towns if such drastically low fertility rates were to continue. Schools, businesses, real estate, and several other sectors of the economy would contract as the number of customers rapidly diminished.

Fidelity to the same spouse is the best option for families. Being married only once is a positive indicator. Men and women who marry only once are more likely to have obtained a bachelor’s or postgraduate degree than those who marry more than once.[16]

Second and higher order marriages are in general less stable than first marriages, with an increased likelihood of divorce.[17] When biological fathers are absent from the home (as they generally are in remarried families), adolescent daughters are more likely to engage in sexual activity before the age of 16 and have significantly higher risk of having a teenage pregnancy.[18] They are also significantly more likely to have attempted committing suicide.[18]

Studies have shown that divorce and broken families tend to breed family disruption in the second generation[19][20] and can even cause marital discord in the third generation, with increased tension between parents and third-generation children.[21] It is therefore in the best interest of society to foster and protect marriages.

Public policy should adopt measures that help rather than hinder married couples and should be careful not to incentivize divorce or marital disruption. The young should be educated about the harms of cohabitation and should be encouraged to marry rather than merely cohabiting.

Couples should also work to strengthen their own marriages and should work to support and reassure the marriages of their friends. One study found that 78 percent of married spouses who reported their marriage as “very unhappy” but stayed married anyway, had changed their minds five years later and reported that they now saw themselves as “happily married.”[22] Couples going through difficult times in their marriages should be encouraged to work things out. Lower divorce rates would go a long way towards preventing many of the adverse consequences discussed here.

True compassion would be helping couples to live out their marriages while being attentive to the needs of single, divorced, and widowed persons who may struggle without the support of a spouse.

Marriage is a great good which societies abandon at their peril.

[13] Jay Teechman, “Premarital Sex, Premarital Cohabitation, and the Risk of Subsequent Marital Dissolution Among Women,” Journal of Marriage and Family 65 (2003): 444-455.

[19] Verna M. Keith and Barbara Finlay, “The Impact of Parental Divorce on Children’s Educational Attainment, Marital Timing, and Likelihood of Divorce,” Journal of Marriage and Family 50, no. 3 (1988): 797-809.