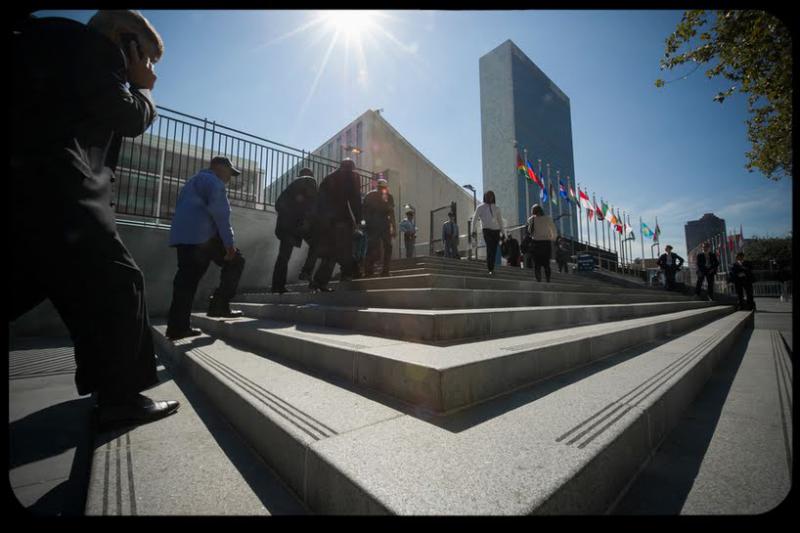 The new UN report on women makes for grim reading, if you can decipher it. The reason that you may have trouble doing so is that the report, called the World Survey on the Role of Women in Development 2014: Gender Equality and Sustainable Development, is written in a kind of code. Words and expressions are used that sound reasonable—what could be wrong with “gender equality,” for example?—but which, in the femspeak used by the UN, actually have quite radical and subversive meanings that are lost on the general public.

There is a reason for this linguistic deception. Properly understood, this World Survey—the first published in five years—is nothing less than a battle plan for a deadly assault on life and marriage. If its recommendations were to be fully adopted by UN’s member states and carried out, it would mean the end of families as we know them, and a top-to-bottom restructuring of societies and economies as a whole.

If these revolutionary goals were clearly stated, the public outcry would be deafening, and resistance would grow. So UN bureaucrats disguise their true goals by using code words that only they and other progressives, who are also in the know, can understand.

Let me translate some of the World Survey’s recommendations back into plain, straightforward, unambiguous English, so you can better understand the road down which the UN wants to take us.

Respect, protect and promote sexual and reproductive health and rights for all, particularly women and girls, across the life cycle;(page 113)

This should be read to mean that women and girls are to encouraged to contracept, sterilize, and abort their children. The reason why this “recommendation” is included in the section “On sustainable development,” is that it is really about limiting population growth.

Whenever you read the word sustainable, as in “Sustainable Development” or “Sustainable Population” you should substitute the words “limit” or “restrict.” For example, when the report says:

It actually means something like, “Population control policies should be based on the promotion of sterilization and abortion.”

Safe abortion sounds more woman-friendly than simply saying abortion. But it is used within the UN system to refer to the legalization of abortion on demand. So when you read:

You should understand this to mean that “Population control policies should be based on cradle-to-grave sex education and the legalization of abortion on demand throughout all nine months of pregnancy.”

“Gender Equality” = The End of Marriage

Under this seemingly harmless rubric—who could oppose equality between men and women?—hides a cultural revolution. For the kind of equality that UN bureaucrats have in mind would end the natural complementarity between the sexes that binds husband and wife together. Read the following sentence:

“Recognize, reduce and redistribute unpaid care work between women and men within households, and between households and the state by expanding basic services and infrastructure that are accessible to all;” (page 113)

This really means that the radical feminists at the UN are instructing the nanny state to go into homes of their married citizens and force husbands and wives to do equal amounts of cooking, cleaning, childcare, etc., regardless of their own preferences in the matter.

The notion of radical equality between men and women promoted by UN feminists also leads them to argue that, since men aren’t burdened with childbirth, “equality” demands that women be permitted to have abortions to level the playing field, as it were.

“Sustainable development” is a catchphrase of the radical environmentalists who want to limit economic growth, which they see as harmful to the environment, by limiting population growth and resource use in poor countries. As the Report advocates:

“Protect the commons and prevent the appropriation and exploitation of natural resources by private and public interests, through state oversight and multi-stakeholder regulation; (page 113)

These directives mean that land and mineral resources, regardless of the needs of the population, are to be set aside in nature preserves. Energy production and consumption are to be kept low.

And the population, it goes without saying, without access to resources and energy, will remain poor.

Most people think that the word “gender”—which appears in the UN report hundreds of times—is just another word for “sex.” It isn’t. As used by UN progressives, “gender” has nothing to do with fixed categories of male and female. It is not determined by one’s anatomy and chromosomes. Instead, it is solely a matter of personal preference. One is “free” to be whatever “gender” one wants—and or even, chameleon-like, to change from day to day.

There are currently 57 “gender” categories … and counting. (If you thought there are only six—male, female, LGBT—you are behind the times.) Needless to say, this concept of “gender” is tremendously subversive, undermining marriages, families, and even society itself. (The lesbian mayor of Houston is a gender feminist, which is why, in that city, a biological male who is feeling feminine on a certain day can use the ladies’ room.)

The UN report, which talks incessantly about protecting women’s rights, hypocritically whitewashes China’s brutal one-child policy. That hundreds of millions of women over the past 34 years have been aborted and sterilized, many under duress, goes unmentioned. Instead, we get the following bland paragraph:

“The constitution of China mandates that the government support family planning and that individual couples practice it. The one-child policy, introduced in the late 1970s, has been implemented through a system of economic and social incentives and disincentives, along with free contraceptive services (United Nations, 2002).” (page 87)

This should read: The Chinese Party-State has taken control of the reproductive system of every women in the country, and violates their reproductive rights by controlling childbearing under a state plan, forcibly aborting and sterilizing them if they conceive a child without state permission.

But that would require the UN to acknowledge that abortion is a crime, and this the radical feminists at the UN would never do.

Steven W. Mosher is the President of the Population Research Institute and the author of Population Control: Real Costs, Illusory Benefits.