Feminists and abortion-rights activists have staked a claim to obstetric fistula. As usual, their motives are ideological, and do not translate into programs that help women on the ground.

What is obstetric fistula? Obstetric fistula occurs when a pregnant woman’s pelvis is not sufficiently wide to allow the baby to be delivered vaginally. As a result, the baby’s head becomes fruitlessly pressed against the unyielding pelvic bone, so tightly that blood flow to the woman’s surrounding tissues is cut off. This causes these tissues to necrotize, forming a hole, or fistula. Tragically, the baby is usually killed, and the fistula causes the mother pain, chronic incontinence, and uncleanliness that leads to ostracization.

The prevalence of obstetric fistula in Sub-Saharan Africa has led to concern among doctors and humanitarian workers worldwide. The chief factor is child marriage. Many of these girls are simply not physically mature enough to bear children. Another factor is the lack of attended births. When problems arise during delivery, there is little the untrained local midwife can do. Still, not only is fistula relatively easy to prevent – a caesarian section delivers a live child without damage to the birth canal – but it is easily reversible. Obstetric fistula are virtually unknown in developed nations 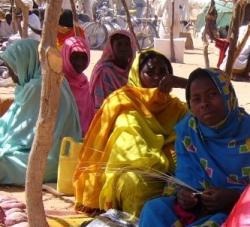 Women in Chad are among those with an elevated risk of obstetric fistula.

In 2003, the UNFPA started what it called its Campaign to End Fistula. At first glance, the their goals seem noble. The campaign’s web site, www.endfistula.org, states the program’s goals as:

This summary is vague and non-threatening. Who, after all, would object to “renewing the hopes and dreams of those who suffer from the condition”? But this pleasant mask covers an ugly reality, all too familiar to those of us who study the UNFPA.

In the body of its report, the UNFPA maintains that “Fistula can be eliminated – but prevention is the key. The U.S. must support initiatives for family planning and repeal the global gag rule to save women and children around the world.” Here is the UNFPA’s real agenda: It wants increased funding for fertility reduction programs around the world and an end to the Mexico City Policy, which prevents U.S. funds from going to organizations that perform or promote abortions.

“The strategy to make pregnancy safer is straightforward,” claims the U.N. organization, but instead of focusing on the provision of better medical care to women in high-risk pregnancy, it gives priority to “family planning services to prevent unwanted pregnancies.” 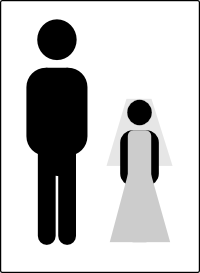 The fact that a girl is too young to bear a child does not make her child any less human.

The Planned Parenthood of America has also jumped on the obstetric fistula bandwagon. While PPFA has done little to help women suffering from obstetric fistula, it has been quick to criticize the UNFPA funding cuts made by President Bush, claiming that they result “in the maiming of thousands of women each year.” In a 2006 press release, Planned Parenthood president Cecile Richards insisted that “denying funding for programs that prevent childbearing injuries shows how far some politicians will go to promote extremist ideology over the health and safety of women.”

As far as extremist ideology is concerned, the Planned Parenthood Federation and the UNFPA seem to have pretty much a monopoly on it. These are the groups that are in bed with China’s population control police, who routinely force women to abort second children and then sterilize them to boot. They complain that pro-lifers have no understanding of women’s issues, and then condone the horrible practices of China’s one-child policy. Who really cares about women’s issues?

Feminists, who generally disdain marriage and family, have little interest in helping women to safely deliver children. Rather, their goal is to prevent them from conceiving and bearing babies in the first place. It is not only pro-lifers who have noticed this. Nicholas Kristof of the New York Times – no conservative he – is among those who have observed that the feminists do not emphasize “traditional child-bearing roles.” Treading lightly, he concluded that this was the reason that the obstetric fistula problem did not reach a wide audience and was unable to gain widespread support.

For this commonsense observation he was pilloried by Michele Landsberg of the Toronto Star, who said, asserting that Kristof unfairly blamed feminists for the fistula problem, “He is seriously off the mark. Feminist organizations have long worked on issues of maternal health, but fistula has been a hidden issue because the sufferers themselves were so secretive.”

But Kristof was right. Feminists only deal with issues that lend themselves to their agenda. Once they figured out a way to spin obstetric fistula to their advantage, they have been hawking it for all they’re worth.

Feminists and pro-choice groups share the blame for obstetric fistula, because they are precisely the ones that are impeding progress on it. If these groups could stop insisting that the “right” to abortion is necessarily involved in fistula relief, the problem would quickly be solved. It’s that simple.