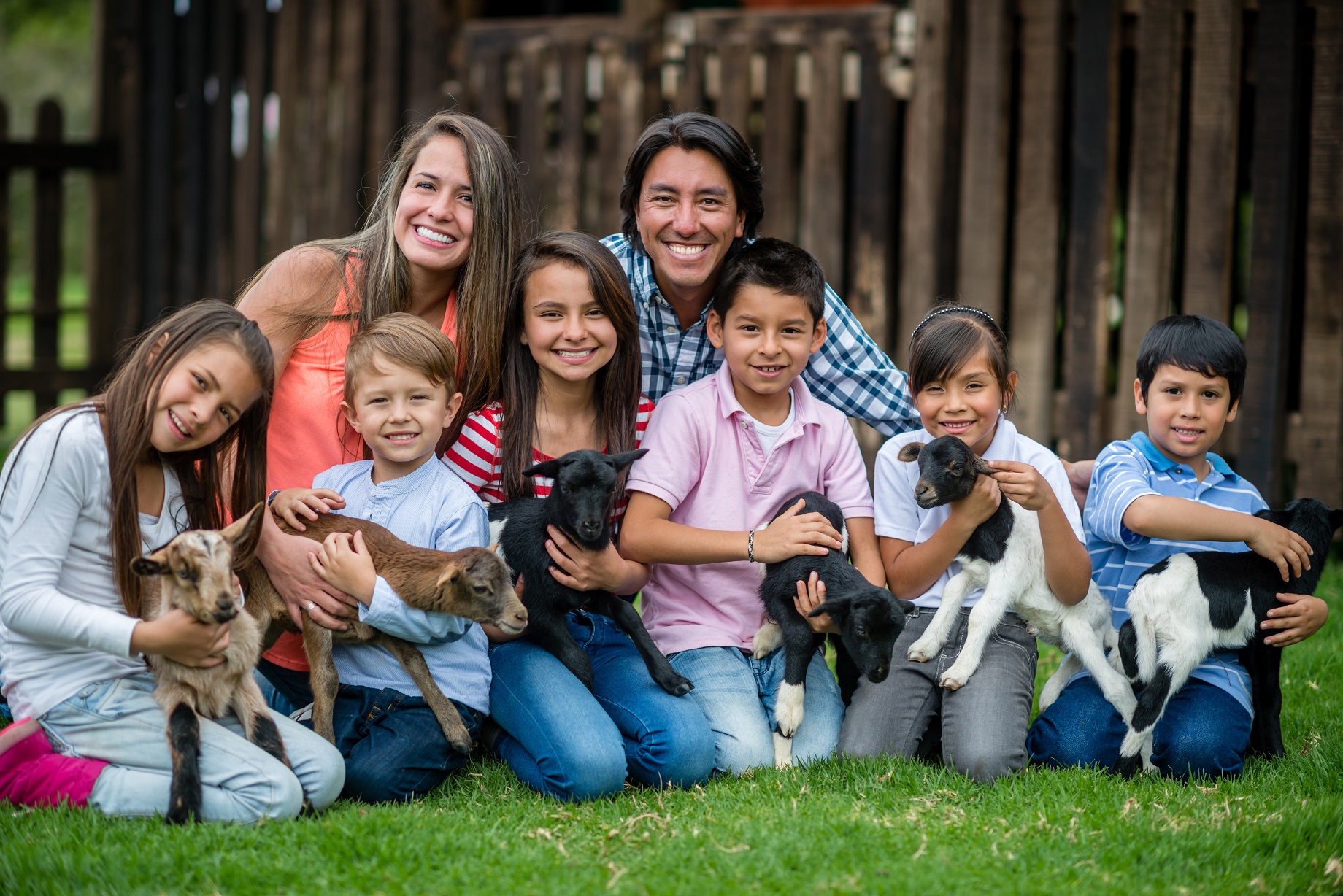 Ten Great Reasons to Have Another Child

The Great Recession in 2008 sent American birth rates into sharp decline. The total number of births has dropped below 4 million and stayed there.  Now that economic growth is picking up again, birth rates should follow that same upward course, if history is any guide.

The forces arrayed against such an American renaissance are powerful, however. The radical feminist and radical environmental movements, for instance, have twisted the virtue of childbearing into the vice of overpopulation. Planned Parenthood–still funded with our tax dollars–sends hundreds of thousands of unborn children prematurely to their graves. The culture itself is predominately anti-natal. Christian parents know that children are blessings from God but, buffeted by these forces, they often need further encouragement to accept additional “blessings.”

We at Population Research Institute are happy to provide such encouragement.  We believe that there are at least ten great reasons to have another child.

“Be fruitful and multiply”

Reason 1:  Have another child to join with God in the creation of an immortal soul.

Parents are given the incredible opportunity to assist God in the creation of an immortal soul.  As the late Cardinal Mindszenty said, even the angels have not been given such a grace.

“The most important person on earth is a mother. She cannot claim the honor of having built Notre Dame Cathedral. She need not. She has built something more magnificent than any cathedral—a dwelling for an immortal soul, the tiny perfection of her baby’s body. Even the angels have not been given such a grace! What is more glorious than this: to be a mother.”

Reason 2:  Have another child to bring joy into your life.

There is no joy like the joy of welcoming another child into your life.  You will marvel anew at how perfectly formed your little one is, and over how quickly you will fall head over heels in love with him.  You will be enchanted with every tiny aspect of her appearance.  The color of her hair, the shape of her nose, and the winsomeness of her smile will occasion endless happy debates about from which side of the family (yours, of course) she got that adorable trait.

The birth of a child will bind you to God more tightly than ever before, in awed gratitude.  “She was the most miraculous thing that had ever happened in my life,” Whitaker Chambers wrote about his new daughter in Witness.  And in the lives of most of us.

I thought that one day

I would be a famous artist.

and create great works of art

Instead, God made me a mother,

The design of their lives

will live on after me.

What is painted on their hearts

will last an eternity

Reason 3: Have another child to grow in holiness and virtue

For those who marry and have families, children are the primary means God uses to help them grow in holiness and virtue.  Children teach their parents patience, perseverance, charity, and humility.  They give their parents the opportunity to practice the corporal and spiritual works of mercy.  They come into the world naked, and we clothe them, hungry and we feed them.  Thirsty, and we give them drink.  All of the things that we are required to do for the “least of these our brothers,” we do first and foremost for our own children.  St Catherine of Sienna once had a vision in which God took her to a roomful of crosses and told her to pick one.  St Catherine went to the largest, heaviest cross in the room and would have chosen it.  But God told her that it was not for her: That was reserved for the parents of large families.

Mary gave birth to her first-born son and wrapped him in swaddling clothes.” Luke 2:7.

Reason 4:  Have another child to help end abortion.

When Mother Teresa of Calcutta was asked by a young mother about the best way to proceed with pro-life work, she responded emphatically, “Have a big family. That is the best way to end abortion!”

How this works is not difficult to understand.  As children become more rare due to contraception, sterilization and abortion, whole segments of society become less and less familiar with the sense of joy and hope that only babies and children can give.  In this climate, contraception and abortion feeds on themselves, as the increasingly selfish few further reduce their number.

By having another child, you demonstrate once again to the world that children are God’s greatest gifts.  “Children build up the life of the family and society,” as Pope John Paul II has said.  “The child becomes a gift to its brothers and sisters, parents and entire family.  Its entire life becomes a gift for the very people who were givers of life and who cannot help but feel its presence, its sharing in their life and its contribution to the common good and to the community of the family.”

The more children there are in society, the more pro-life that society will become, and the easier it will be for the great evil of abortion to be eradicated once and for all.

Reason 5(a): Have another child so your sons will have brothers and your daughters will have sisters.

Children who have siblings learn early to share.  They learn to take turns and to put the needs of others before their own.  The bond formed between brothers and sisters is lifelong, and stronger than the bond between the closest friends.

Reason 5(b):  Have another child so your sons will have sisters and your daughters will have brothers.

Boys who have sisters learn the dignity of women.  They learn to treat other girls and women with respect, as they consider how they would like their own sisters to be treated.  Girls who have brothers learn that he comlementarity of men and women, both fashioned in the image and likeness of God.

Reason 6: Have another child so you (and your parents) won’t be lonely in old age

People who have children don’t have to rely upon strangers to care for them in their old age.  Children also become the parents of your grandchildren. Grandchildren bring joy, happiness, and laughter, while still allowing you to get a good night’s sleep!

Reason 7: Have another child because people are our greatest resource.

Reason 8: Have another child to contribute to the economy.

Families with children are fuel to the economy, purchasing houses and cars and college educations.  Without young people to enter the workforce, social security systems fail.  Without children to attend school, teachers are jobless.  A lot of industries, from fast food restaurants to toy stores, obviously rely heavily upon business from and for children to stay in business. But ultimately the whole economy does.

Reason 9: Have another child to counter the coming global population implosion

Anyone who has traveled from coast to coast in the United States and seen the vast empty spaces should know that America is not overpopulated.  In fact, the entire population of the world could live in the state of Texas, in single-family dwellings with front and back yards.

Fertility rates are falling everywhere.  The world’s population will never again double. If current trends continue, world population will peak by the middle of this century and then begin demographic freefall.

Our long-term problem is not too many children, but too few children.  Having another child will help offset the coming population implosion.

Reason 10: Have another child to help populate heaven.

The child that you and your spouse have been generous in accepting from God was created to return to Him, after a life of love, service, and obedience on earth, to spend eternity with God in heaven.

Our Lord Himself said that there was plenty of room for those returning souls. There is no overpopulation problem in Heaven!

There are many mansions in my Father’s house, (chapter and verse)

These reasons are inspired by the work and wisdom of Father Paul Marx, OSB of happy memory.