From South Korea comes a startling prediction that, if current population trends continue, the country will “go extinct” in 2750. The study, based on a computer simulation conducted by that country’s National Assembly Research Service (NARS), also identifies the culprit: not a high death rate or emigration rate, but one of the lowest fertility rates in the world.

Of course, a world without South Koreans lies centuries in the future, and a lot can change in 700-plus years. But even the near-term demographic future of the southern half of the Korean Peninsula looks grim. Assuming that the current low-low fertility rate of 1.19 children per woman continues indefinitely, as NARS did, the population of South Korea will dwindle to less than half its current size by the end of the 21st century. It will go from 50 million down to 20 million, losing 60% of its population in less than 100 years.

South Korea is not alone in undergoing rapid depopulation. A similar simulation was conducted by Japan in 2012, and reached the conclusion that Japan would go extinct in the next millennium if current demographic trends continue. One Japanese university has created a kind of doomsday clock that counts down the declining number of Japanese children in real time.

On the other side of the globe, Europe has similarly low fertility rates and is experiencing a similar dramatic demographic decline. Today, half of the world lives in a country with below-replacement fertility. For the first time in human history, otherwise prosperous and thriving societies appear to be bent on their own destruction.

Total human extinction is a cheery thought for the radical fringe of the population control movement, which can’t wait for us to vacate the planet. But it is not something that normal people welcome. The depopulation sought by some population control advocates will bring in train its own unique forms of destruction and anarchy. Will sharply declining working age populations willingly support a huge and growing elderly population without complaint, even as their earnings are sucked away? Unlikely. The end won’t be pretty – but suicide, whether it be demographic and economic, never is.

South Korea’s low fertility is in large part the result of American efforts to combat “overpopulation” by exporting so-called “family planning” programs around the world. In South Korea, as in so many other countries, these efforts had a coercive element as families who dared to have more than two children were punished in various ways.[1]

It is one thing to use government power to force people to stop reproducing; it is quite another to try and bribe people into having children they don’t want. South Korea is learning the hard way what Europe already knows: namely, that small financial perks simply aren’t enough to restore the birth rate to healthy levels after a people’s fertility has been systematically undercut by anti-people policies and propaganda. 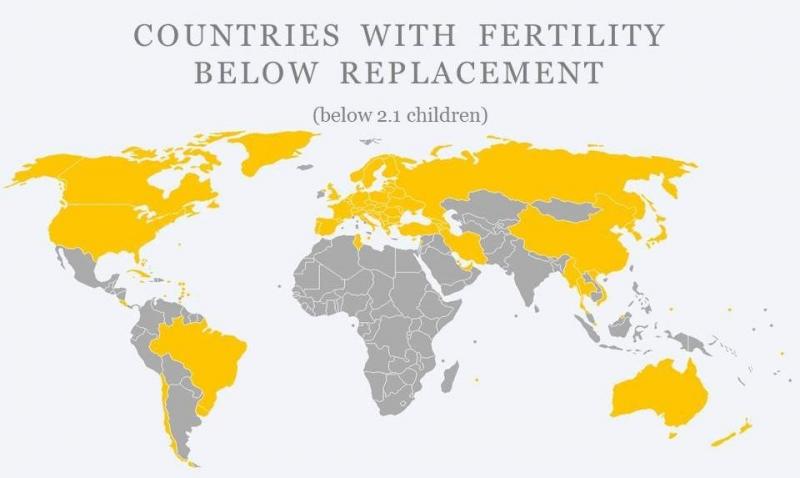