This week the US Supreme Court ruled against the Defense of Marriage Act, ignoring the fundamental good to society of promoting marriages among those able to bear children and the underlying nature of sexuality itself. Most conservatives believe that children come from sex. Conversely, many liberals believe children come from failed contraception. These different opinions account for the liberal-conservative divide on abortion, contraception, and the definition of marriage.

Ideas matter, and these two different ideas have serious reproductive consequences. In fact, just by looking at a map, we can see which states have decided that sex should be a normatively sterile act.

Second, notice where the low fertility states are located. Except for states along the US-Mexican border, the map almost perfectly aligns with a red-and-blue state map depicting political orientation. That’s right: conservative states have higher fertility and liberal states have lower fertility, much lower. Don’t let population controllers fool you, the US population will shrink unless current trends change.

Turning the United States around towards a sustainable population will take a long time, much like trying to reverse a large ship. But before we can reverse the demographic trends, ideological trends need to change as well. The myth of overpopulation needs to be debunked and current sexual ideology needs to change. 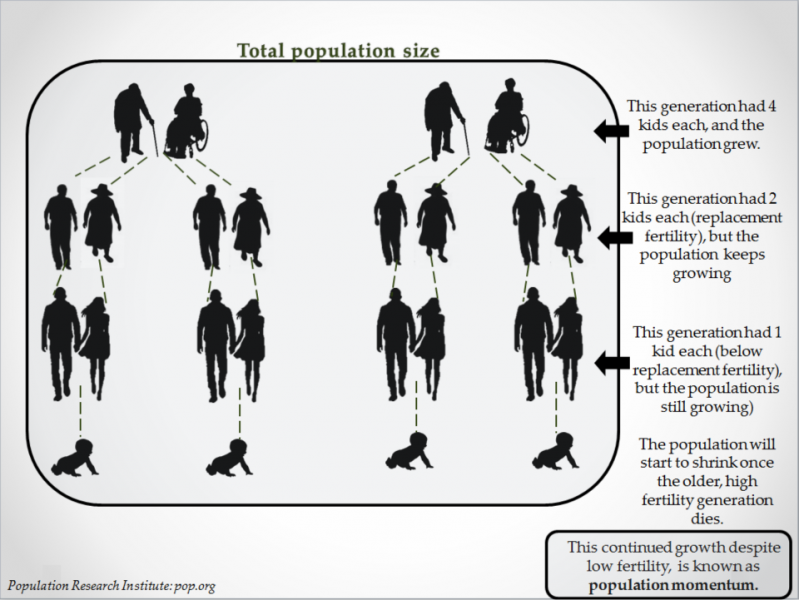