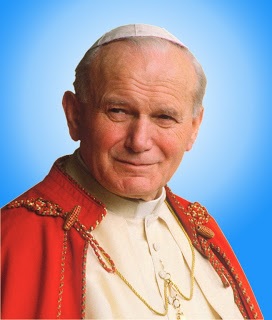 As a Founding Member of the John Paul II Academy for Human Life and the Family (JAHLF) PRI President and Academician, I would like to extend the invitation to you and all PRI supporters to join me in Rome in May.

The occasion is a John Paul II Academy conference on the serious moral issue of “brain death” and organ donation. The conference will be held at the Hotel Massimo d’Azaglio on May 20-21, closely following the Rome Life Forum (May 16-17) and the annual March for Life (May 18).

The theme of the conference is “ ‘Brain Death,’ A Medicolegal Construct: Scientific and Philosophical Evidence.” It will feature presentations by world-class experts in medicine, legal studies, and philosophy.

The John Paul II Academy is organizing this conference to bring the truth about “brain death ” to non-medical laypersons. The concept of  “brain death” is closely connected to organ transplantation. Transplantation requires that organs be fresh and viable. But such organs can only be obtained from a person who is still alive, however deeply comatose he or she might be.

This need for fresh and viable organs led to the invention of “brain death.” “Brain death” is not true natural death, but rather a medicolegal construct created for the purpose of justifying the removal of organs from deeply comatose but still living patients.

“The reason that we are addressing this issue,” says PRI President and Academician Steven Mosher, “is because we are determined to protect the sanctity of life from conception to natural death.  Natural death has traditionally has been determined not by “brain death,” but by the presence or absence of a heartbeat.”

This conference is open to all those who wish to defend the dignity of the human person and the sacredness of human life.

To attend the Rome conference in person, please register at: http://jahlf.org/braindeath.

It will also be possible to attend the Rome conference online, from the comfort of your home or office.  Registration details for this option will be forthcoming.

8 thoughts on Rome Conference on “Brain Death” and Organ Donation