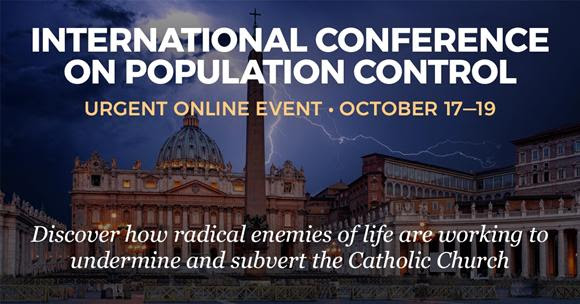 PRI President Steven Mosher Says Poverty, Not People, is the Enemy of the Environment

PRI President Steven W. Mosher denounced the myth of overpopulation and the threat posed by the population control movement on human life at the International Conference on Population Control (ICPC) earlier this week. Mosher made it clear that poverty, not the number of people, is the cause of hunger and environmental degradation.

“We now grow 70% more food on only slightly more land than we grew in 1960. That is to say, we’ve almost doubled food production on the same amount of land over the last 55 years,” Mosher said.

The Conference aired online to a worldwide audience from October 17-19 and brought together an all-star lineup of speakers to discuss the threats population control poses to life, the Catholic faith, and to fundamental human rights.

“This is a myth that kills,” Mosher said, “This is ultimately about radical environmentalist thinking…they have seized on global warming as an excuse to justify their war on people, to promote abortion, sterilization, contraception around the world.”

Free registration for the International Conference on Population Control is still open and a free recording of the conference will be available to listen to here until noon on Sunday.

You can also read a brief summary of some of the highlights from Steve Mosher’s talk at the International Conference on Population Control in an article featured this week in LifeSiteNews.