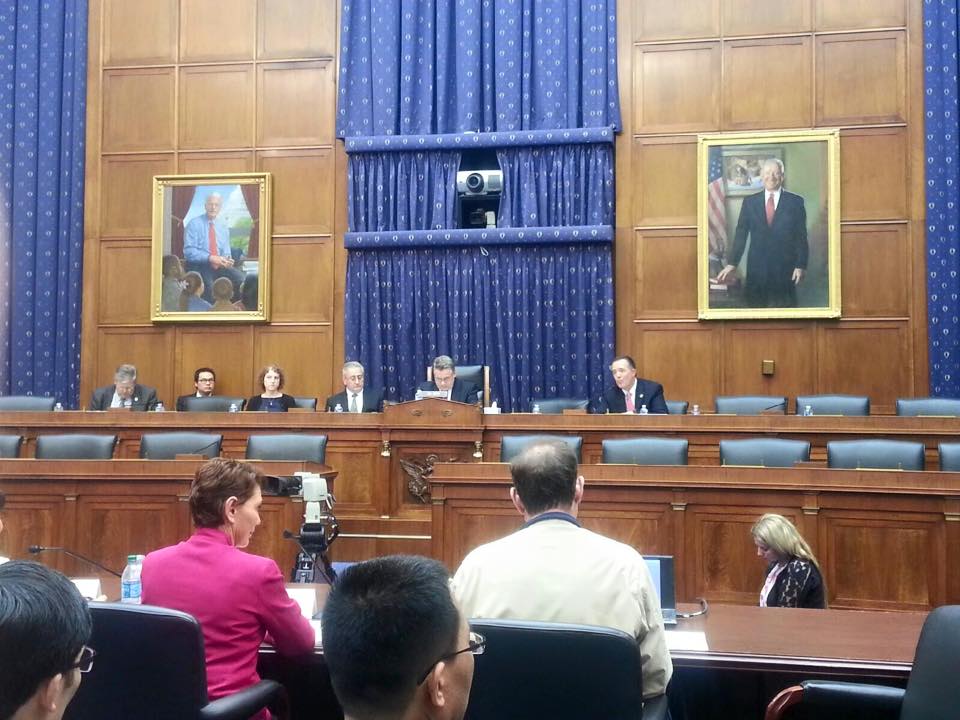 “Just a few days ago, I got a case involving a man who was disabled due to a severe beating by local government personnel just because his sister-in-law had had an additional baby without a permit.” — Chen Guangcheng

Maybe this lack of coverage is because China is on the other side of the world. Or maybe the hearing was ignored because when people hear “family planning” they think about clinics with shiny pink brochures about Pap smears. Whatever the reason, much of the world regards the ongoing abuses of China’s one-child policy with—as Congressman Chris Smith noted last week—“breathtaking indifference.”

The expert witnesses laid out a case that China’s one-child policy is a demographic nightmare, and that the Communist Party only continues this policy to dominate the social and personal life of its citizens.

Dr. Nicholas Eberstadt, a demographer at the American Enterprise Institute, testified to the catastrophically skewed sex ratios created by the one-child policy. Eberstadt stated “about 25% of Chinese men in late thirties, and over 20% of those in their early forties, would be never-married by the year 2030.”

Speaking to the personal and emotional toll of the policy, a student leader from the 1989 Tiananmen Square demonstrations testified. Chai Ling escaped from China in a freight box following Tiananmen square and has since earned degrees from Princeton and Harvard. Chai Ling stated to Congressional members that the family-planning slogan, “one child per family” actually means that “all other children must die.”

Reggie Littlejohn, the founder of Women’s Rights Without Frontiers, forcefully argued that the one-child policy is more about control than about demographics. Littlejohn stated, “The government is exploiting the One-Child Policy as social control, masquerading as population control.”

Littlejohn described the intrusive and controlling nature of the one-child policy. The Chinese Communist Party holds the family planning officials accountable for the number of births in a district, but does not hold officials accountable for any abuses committed in the name of family planning. Unsurprisingly, officials abuse their power over couples’ right to reproduce. However, unlike other abuses under the authoritarian regime, abuses under the Population Control policy affect nearly everyone.

Chen Guangcheng, a blind, self-taught lawyer, gave powerful first-hand accounts of the corruption bred by the one-child policy. Born to an impoverished rural family, he nevertheless taught himself law and became an advocate for those abused by family planning officials. In retaliation for his activism, the Chinese Communist Party imprisoned him for many years. But in 2012 he was able to make a daring escape from captivity and make his way to the U.S. Embassy in Beijing and eventually made his way to the United States.

Chen testified that his efforts to use Chinese law only aroused the wrath of the state against him:

“I found out the law was useless in trying to stop these violent birth control practices. The Party committee had ordered local law enforcement authorities such as the police, the prosecutors, and the judiciary not to get involved in such cases.”

Couples in China do not plan their families. The state allocates birth permits—regulating who may give birth and when. Anyone found pregnant without a birth permit puts herself, her unborn child, her family, and even her neighbors at the mercy of the family planning police.

Chen Guangcheng testified to the reality of the family planning police in China:

“To achieve its goal of population control, the Communist Party has established a vast system to carry out its policy. The Party has also signaled to those on the front line that jailing, beating, eviction, demolition and other such policies are not beyond the red line, even at the cost of life. In my village and neighboring villages, we could often hear and see groups of people, from a dozen to several dozen and headed by their local party chiefs, acting like bandits, beating villagers, and holding them in defiance of legal procedures, day and night. We could hear screaming and crying during these operations. . . If these Communist bandits failed to get the pregnant woman to submit to a nighttime operation, they would take away family members, relatives such as uncles and aunts, siblings, and even other neighbors within a diameter of 50 meters of the target, usually including 10-20 households, by force, often with cruelty.”

One out of five persons on the globe live in China, and police brutality is a regularly part of their lives. The good news is that people outside of China can help end (or at least mitigate) the fear spread by the family planning police.

The Communist Party may continue the one-child policy to maintain authoritarian control, but much of the world remains silent in the face of its violence because of misguided and unfounded fears of overpopulation. You can learn to articulately debunk this misguided reasoning by visiting www.overpopulationisamyth.com.

Many nations give vast sums of money to the United Nations Population Fund which works hand-in-hand with China’s Family Planning and Population Commission. You can support elected representatives who fight to remove your nation’s complicity in China’s population control program. This funding must be ended, once and for all. The lives of Chinese women and children depend upon it.