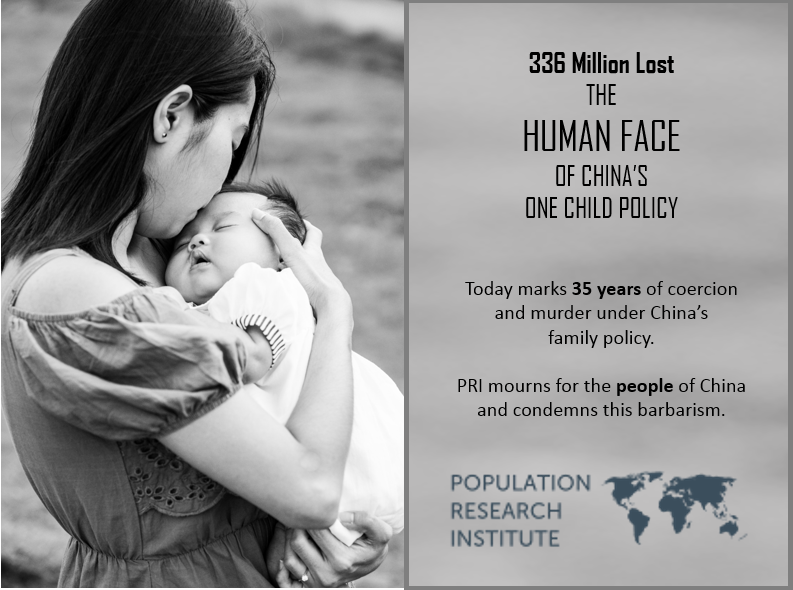 On the 35th Anniversary of China’s Brutal One-Child Policy

As Chinese President Xi Jinping arrives in Washington, his government continues the brutal one-child policy. Millions of women are forced to have abortions each year, while others, desperate for sons, end the lives of any little girls they conceive.

The resulting shortage of brides has given rise to a slave trade in women. We are caring for a young woman, Ming, whose own mother was sold into sexual slavery not once, but twice, by a husband who was desperate to pay off debts. As a result of this repeated abuse the mother died, and Ming and her older sister were left orphans.

When Ming was only five years old a gang of men came to her house, drove her father away, and then kidnapped her sister, who was then 10. Like her mother, Ming’s sister was sold into sexual slavery and has not been heard from since.

Ming’s father, being poor, was unable to afford to marry a second time. Sadly, he began sexually abusing his remaining daughter when she was barely past puberty. She became pregnant at 14 and gave birth the following year.

The other villagers reported this violation of the one-child policy to the police, who came and beat up her father. Since the family had no money to pay the fine for having an “out-of-plan” child, he was arrested and put in prison.

We are currently caring for Ming and her baby girl in our half-way house. Ming, who just celebrated her 16th birthday, is learning how to read and write. She is also diligently looking for a job. And jobs are not easy for single mothers to find.

Please pray for Ming and her baby, both innocent victims of China’s one-child policy. And please help us continue to help mothers like her.