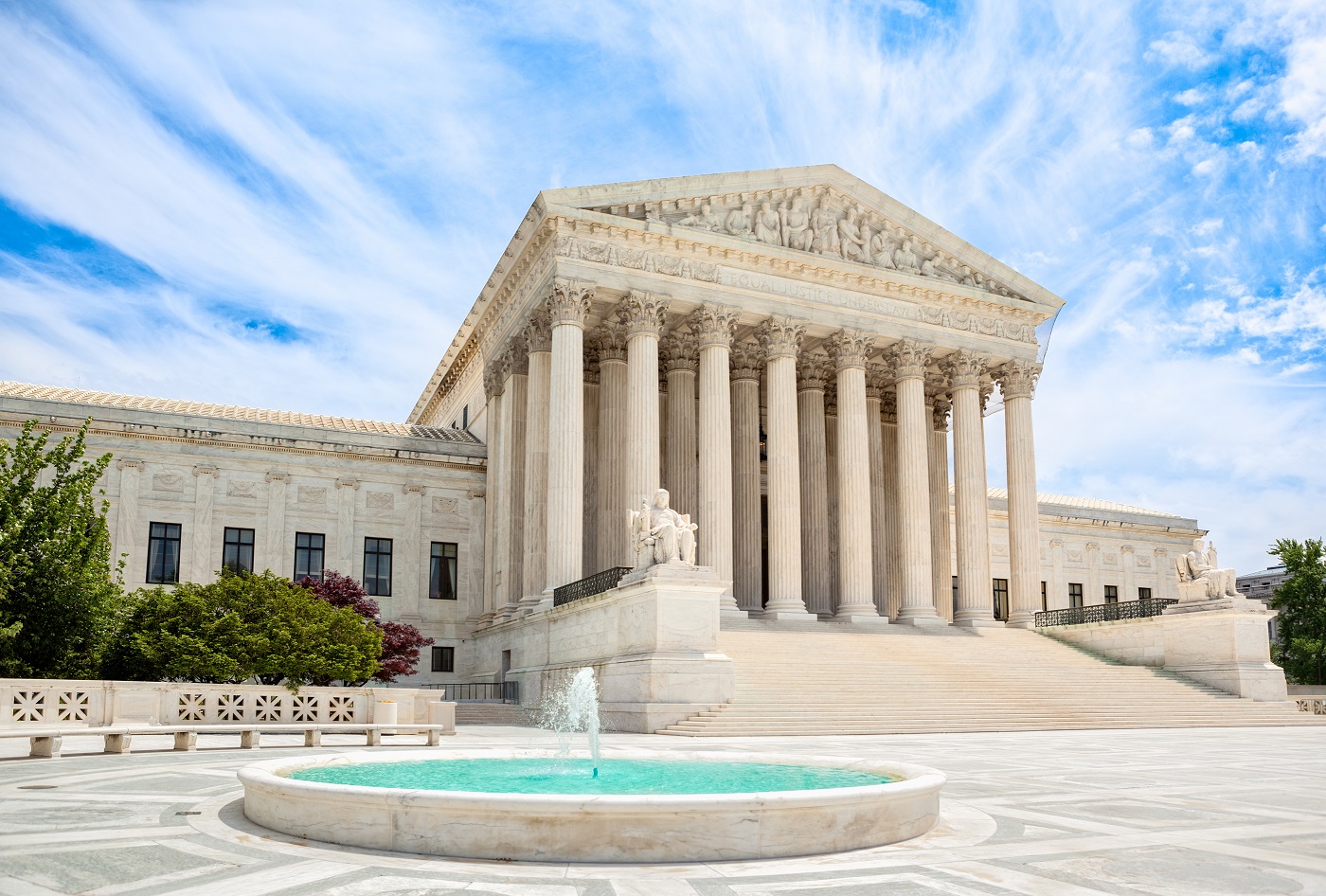 Two score and five years ago, seven Supreme Court justices, in a brazen act of judicial activism, read into the Constitution an invented right to abortion on demand. In Roe v. Wade and Doe v. Bolton, the Court wiped away laws protecting the right to life for the unborn child that were in place in a majority of states. Since then, more than 60 million unborn children have been terminated through abortion in America. And the death toll continues to rise.

If swing voter Kennedy can be replaced with a solidly pro-life justice, it would be the first time since Roe v. Wade was decided that the Supreme Court would have a majority of justices that lean pro-life. This would provide a unique opportunity, the first in a generation, to significantly roll back Roe—or perhaps even overturn it entirely.

President Trump has indicated that he will select a nominee to replace Justice Kennedy from the list of judges he began compiling during the 2016 campaign. The President told reporters on Friday that he has narrowed that list down to about five to seven judges, at least two of which are women. The President has also indicated that he plans on announcing his pick for the Supreme Court next Monday.

At the final debate of the 2016 election, the President Trump promised “I will be appointing pro-life judges” and that as a result, “If we put another two or perhaps three justices on” overturning Roe v. Wade “would happen automatically in my opinion.”

It is anticipated that the confirmation process for whoever the President appoints to replace Justice Kennedy will face intense opposition. Pro-abortion advocates are keenly aware that with the prospect of a majority of pro-life justices occupying the bench, the Roe decision may very well be on the ropes.

Republicans (as Democrats under the helm of Sen. Harry Reid had done before them) were able to change the Senate rules last year to allow Justice Neil Gorsuch to be confirmed to the Supreme Court on a simple majority vote and will likely do so again for Kennedy’s replacement. But Republicans can only afford to lose one vote if no Democrats join them. Republicans hold a razor thin 51-49 majority in the Senate. The GOP’s majority was cut down to only 51 members late last year after losing in a special election to replace the Senate seat of now-Attorney General Jeff Session.

Sen. John McCain is currently undergoing cancer treatment and has been away from the Senate floor since December, effectively reducing the GOP’s majority to a mere 50-49. Vice President Mike Pence would be able to cast the deciding vote in the event of a 49-49 tie.

Sens. Susan Collins (R-ME) and Lisa Murkowski (R-AK) often side with liberals on abortion and voted against a bill last year that would have repealed much of Obamacare and defunded Planned Parenthood.

Sen. Susan Collins, Republican Senator from Maine, has already come out and stated that she will not vote for a Supreme Court nominee that would overturn Roe v. Wade. “I would not support a nominee who demonstrated hostility to Roe v. Wade,” Collins said on CNN’s “State of the Union” over the weekend.

Democratic Sens. Joe Manchin (D-WV), Heidi Heitkamp (D-ND), and Joe Donnelly (D-IN) face tough re-election campaigns later this year in states comfortably won by Trump during the 2016 election. It is conceivable that if these Senators receive considerable pressure from their constituent base that they could vote with Republicans to approve the President’s nominee. But it remains to be seen how hard pro-life citizens in these states will press their Senators on this point.

Alaska Sen. Lisa Murkowski appears to remains undecided. According to the New York Times, Murkowski has indicated that “she will consider a nominee’s view on the abortion rights case, but that it alone would not be a litmus test for her choice.”

Even so, Murkowski has taken a defensive stance to any potential appointee, stating in a press release last week that “There is no doubt that the President’s nominee to succeed Justice Kennedy can expect exacting scrutiny from the Senate and that is the standard I will apply in evaluating the nominee.” According to Murkowski’s official released statement, Justice Kennedy “did right by the Constitution.” It is thanks to Justice Kennedy in part that Roe v. Wade is still the law of the land. When the Supreme Court had the opportunity to overturn Roe in Planned Parenthood v. Casey, the Court instead opted to uphold Roe.

Although the President Trump promised during the campaign to appoint pro-life justices to the Supreme Court, the President has indicated that he would “probably not” be asking potential nominees about whether they would vote to overturn Roe. “They’re all saying don’t do that, you don’t do that, you shouldn’t do that” Trump told Fox News on Friday, “but I’m putting conservative people on.”

In the past, presidents from both parties have refrained from publicly asking potential nominees about their opinions on the Roe v. Wade decision. And while it would not be proper for judges to predict on how they might rule on similar cases in the future, whether they will respect the fundamental and universal right to life is absolutely essential to their qualifications as a Supreme Court justice.

Republican presidents have not been nearly as good as Democratic presidents in vetting Supreme Court nominees. Justices Sandra Day O’Connor and Anthony Kennedy were both Reagan appointees and Justice David Souter was appointed by George H. W. Bush. O’Connor, Kennedy, and Souter all voted to uphold Roe v. Wade in the 1992 Planned Parenthood v. Casey decision, an unpleasant surprise to pro-lifers at the time who had been hopeful that with six new Republican-appointed justices to the bench (Rehnquist, Scalia, and Thomas were the other three Republican appointees who voted to strike down Roe), that Roe would be overturned. Instead, Roe was persevered and millions more unborn lives have been lost since.

More recently, in 2016 in Whole Woman’s Health v. Hellerstedt, Kennedy provided the crucial tie-breaking vote to overturn a Texas law that required abortion clinics to comply with state standards for ambulatory surgical centers and required abortionists to have admitting privileges to a nearby hospital in the event of a medical emergency.

Many conservative commentators have openly accepted and lauded all 25 of President Trump’s potential nominees. However, not all of his picks are good candidates.

Diane Sykes, for one, voted against defunding Planned Parenthood in Indiana in a 2012 case she heard while on the Seventh Circuit Court of Appeals. And while Sykes in her opinion defended the right for states not to fund abortion, nevertheless, she denied the state of Indiana the ability to defund Planned Parenthood. Apparently, Planned Parenthood’s alleged refusal to report cases of rape and sex trafficking and their participation in terminating hundreds of thousands of unborn lives every year was not sufficient basis to disqualify Planned Parenthood from Medicaid funding as they were considered as “be[ing] capable of performing the needed medical services in a professionally competent, safe, legal, and ethical manner.”

With some of the other possible candidates, such as Raymond Kethledge, Thomas Hardiman, and Amul Thapar, we know very little or next to nothing about their judicial reasoning on abortion issues. It is not enough that a justice is conservative on other issues. A judge’s commitment to textualism may not in and of itself signal how they would rule on Roe. Those involved in the vetting process and in advising the President must ensure that nominees would overturn Roe v. Wade if presented with a case that challenges Roe. As the case of Justice Kennedy makes abundantly clear, judges who may be conservative on other issues including immigration or corporate law may not be in favor of striking down Roe.

And let us be careful not to jump to conclusions by equating any and all past judgements that seem pro-life with actually being pro-life. Let us not forget that Justice Sonia Sotomayor, prior to taking up her appointment to the Supreme Court, had upheld the Bush administration’s Mexico City Policy against a legal challenge brought against it in 2002 when she was on the Second Circuit Court of Appeals. Indeed, sometimes even rulings that favor the right to life in certain cases are not indications in and of themselves that the issuing judges would roll back Roe v. Wade.

Whoever the President nominates will shape the course of the Supreme Court for decades to come. The next appointee will undoubtedly hear at least one direct challenge to the Roe. It needs to be made abundantly clear to those involved in the vetting process that whoever the eventually nominee is that he or she will defend the fundamental and inherent right to life of the unborn child without compromise and regardless of what previous Supreme Court precedent has dictated in the past on the matter.

An unjust law is no law at all and ought to be overturned. Even pro-abortion legal scholars recognize the that Roe v. Wade decision has no basis in the Constitution. Edward Lazarus, former clerk for Justice Harry Blackmun, the very judge who wrote the Roe decision, once said “As a matter of constitutional interpretation and judicial method, Roe borders on the indefensible. I say this as someone utterly committed to the right to choose…and as someone who loved Roe’s author like a grandfather.”

Pro-life conservatives have been deceived in the past with nominees that did not turn out as expected by continuing to uphold the tragic Roe decision. We cannot—we dare not—squander this opportunity again. Truly the lives of countless of the unborn are on the line. This present moment represents a unique opportunity to ensure that right to life for all is respected and protected through law. The President must make good on his promise to appoint solidly pro-life justices to the Supreme Court.