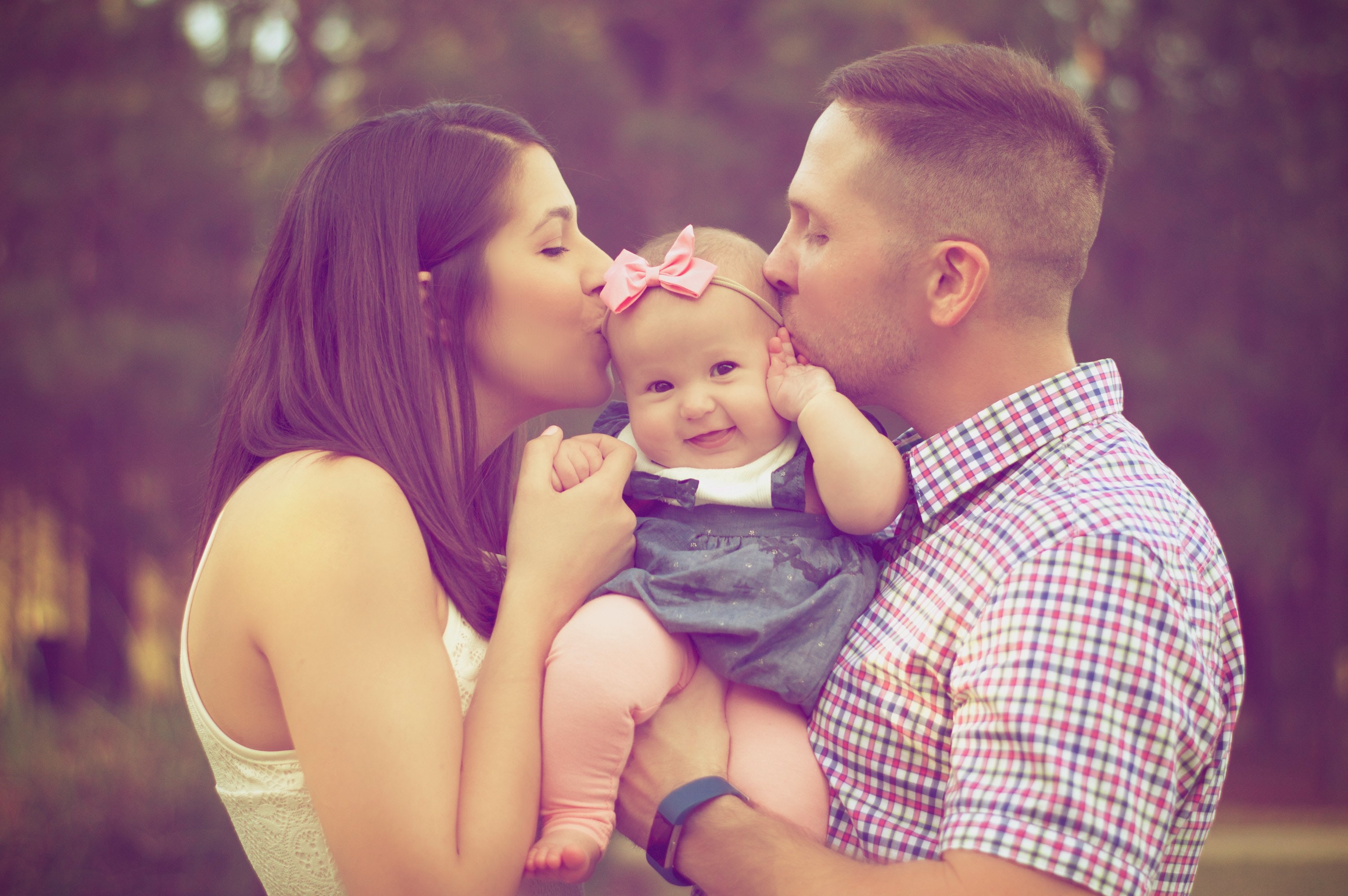 Just why do we need more people in the United States?

This article originally appeared on LifeSiteNews.

The spectacle of caravans of desperate people trekking across half a continent to get to their Promised Land elicits strong reactions from those who are already here. Some Americans would like to welcome all comers with open arms. Others, like the Canaanites of old, would like to shut down immigration altogether.

Among these is my friend Michael Anton, the former director of communications for the National Security Council, who recently argued in the Washington Post that we have enough people already (“So why do we need more people in the United States anyway?” June 22, 2018).  Adding more people runs the risk of “stuffing the land beyond bursting,” he says.

I disagree. I believe that the United States, with its population of 328 million, does need more people, and I will tell you why. But before we get into why population growth is a net positive, we first have to dispel what even The New York Times has accurately called the “myth of overpopulation.”

The idea that human beings are breeding themselves off the face of the planet has been around for a while now. Many Americans still believe that the United States would be better off if we both stopped having children and stopped importing people, at least for a while. Zero population growth, if not an actual reduction in the number of Americans, is their goal.

That was certainly the view of Richard Nixon’s Commission on Population, which warned in 1972 that America’s then-population of 209 million people was already “straining its resources.” There was an urgent need to trim the birth rate, the Commission reported, and went on to recommend the legalization of abortion and the promotion of the two-child family.

The Supreme Court obliged by legalizing abortion the following year. Nixon refused to even consider the second, seeing any effort to limit American fertility as political suicide. Of course, he managed to commit political suicide by other means anyway.

Even during the height of the fearmongering over population, our government took a generally hands-off approach to our numbers. Not all peoples have been as fortunate. The population “goals” or “targets” that were set by many governments have often led to forced-pace measures. For information on how government restrictions on childbearing can lead to massive human rights abuses, Google “China’s One-Child Policy.”

As a result of our laissez-faire policy on reproduction combined with our generous immigration policies, our population has increased by half since 1972. But before anyone recoils in horror from that statistic, let me note that, over that same period, despite the population increase, wages have remained stable.

Anton blames out-of-control immigration for keeping working and middle-class wages low. But the wage stagnation of the last 15 years has had much more to do with China making off with tens of thousands of factories and millions of jobs than with any increase in America’s working population.

With factories now moving back to the U.S. and unemployment rates at historic lows, it seems to me that there is no reason why we can’t both continue to welcome immigrants and see wages rise. Besides, with the economy on the cusp of 4 percent economic growth, and with our pool of available labor rapidly running dry, where else can we turn to find the workers we need to fill the jobs that are even now being created?

This does not mean that we should simply let in all comers. Legal immigrants from Asia, Africa and Latin America who have college degrees should receive preference over, say, economic migrants from Central America with sixth grade educations, especially if the latter have not even taken the time to actually apply. This is not racism; it is merely common sense.

Those who would allow anyone who shows up at our doorstep into the country run the gamut from the American Chamber of Commerce on the Right to Democratic strategists on the Left. But I would argue that neither extreme has yet to grasp how the fractious debate on the issue is actually playing itself out in the minds of Americans. It seems obvious to me — and, remember, I favor generous immigration quotas — that unless we get illegal immigration under control, the public mood will shift decisively against all immigrants.

Populations chiefly expand by filling cradles, of course, not immigration quotas. The latest news on the fertility front is not encouraging. America’s total fertility rate, or TFR, has collapsed. As a people, we are now averaging only 1.7 children, well below the 2.1 needed to sustain the present population. This is the lowest level ever recorded in U.S. history, and foreshadows a sharp demographic decline.

Some profess not to be disturbed by today’s dismal birth rate, pointing out that it is still higher than many other developed countries. This is like telling a patient dying of cancer that she is better off than the patient in the next bed because her cancer is not as advanced. Maybe so, but it will still kill her in the end.

America’s birth dearth is especially troubling in light of our rapidly improving economy. In the past, the return of prosperity has produced a quick rebound in births. Not this time.

The reasons for this are complex. They include rising levels of student debt, a preference for cohabitation over marriage, and a general unwillingness on the part of young people to take on the responsibilities of marriage and family.

The trillion-and-a-half dollars in student loans that young Americans have been shackled with is proving to be the best contraceptive ever invented. Couples who are heavily in debt are reluctant to commit to each other, much less to the long term and costly project of raising children.

Add to the mix a hookup culture that does not encourage the kind of permanent relationships that are the most fruitful, along with government exactions that frustrate fertility through high tax rates and expensive housing, and you have a recipe for depopulation.

While welcoming immigrants will help to offset this, it is even more important to encourage younger Americans to have children. This can be done by offering generous tax credits based on the number of children. Indeed, I would argue that couples who are willing to raise three or more children should be sheltered from taxes altogether. After all, such couples are providing for the future of their country in the most fundamental way, by providing, often at great personal sacrifice, the future generation.

Some might argue that such policies run the risk of turning women into unwilling breeders, but the truth is exactly the reverse. Surveys show a surprising amount of frustrated fertility in the United States. Young women express a desire to have an average of 2.5 children, which is nearly a full child more than the 1.7 children they will actually bring into the world if current fertility rates hold. This means that allowing young couples to keep more of their limited incomes will actually empower women by enabling them to more freely act on their deeply held fertility desires.

Among the benefits of a higher birth rate is a natural easing of the entitlement crisis. For every one-tenth of an increase in the total fertility rate, for example, Social Security remains solvent for an additional three years. More taxpayers mean more tax revenue.

There are other cost savings as well. When a family living in the United States has another child, it doesn’t put the same stress on housing prices and public schools that arriving immigrant families and their children do, especially if they are not fluent in English. Most native-born students come to school already equipped — by their own parents — with the language skills they need to learn. Many immigrant children don’t, and require years of expensive special instruction.

One would hope that both the Republican and Democrat parties would be able to embrace policies that are both pro-natal and pro-immigration. The Republican Party would do well to check the impulses of its nativist wing and welcome immigrants, lest economic growth be kneecapped by a shortage of workers.

The Democratic Party, for its part, needs to abandon its radical abortion policies and once again celebrate life. It is a national tragedy that so many are still dying at the hands of Planned Parenthood.

Democrats would do well to remember the words of one of their own, President John F. Kennedy, himself one of nine children, who said: “Children are the world’s most valuable resource and its best hope for the future.”

Indeed, children are the ultimate resource, and the one resource you cannot do without if our country, or any country, is to have a future.

In the end, we all benefit.