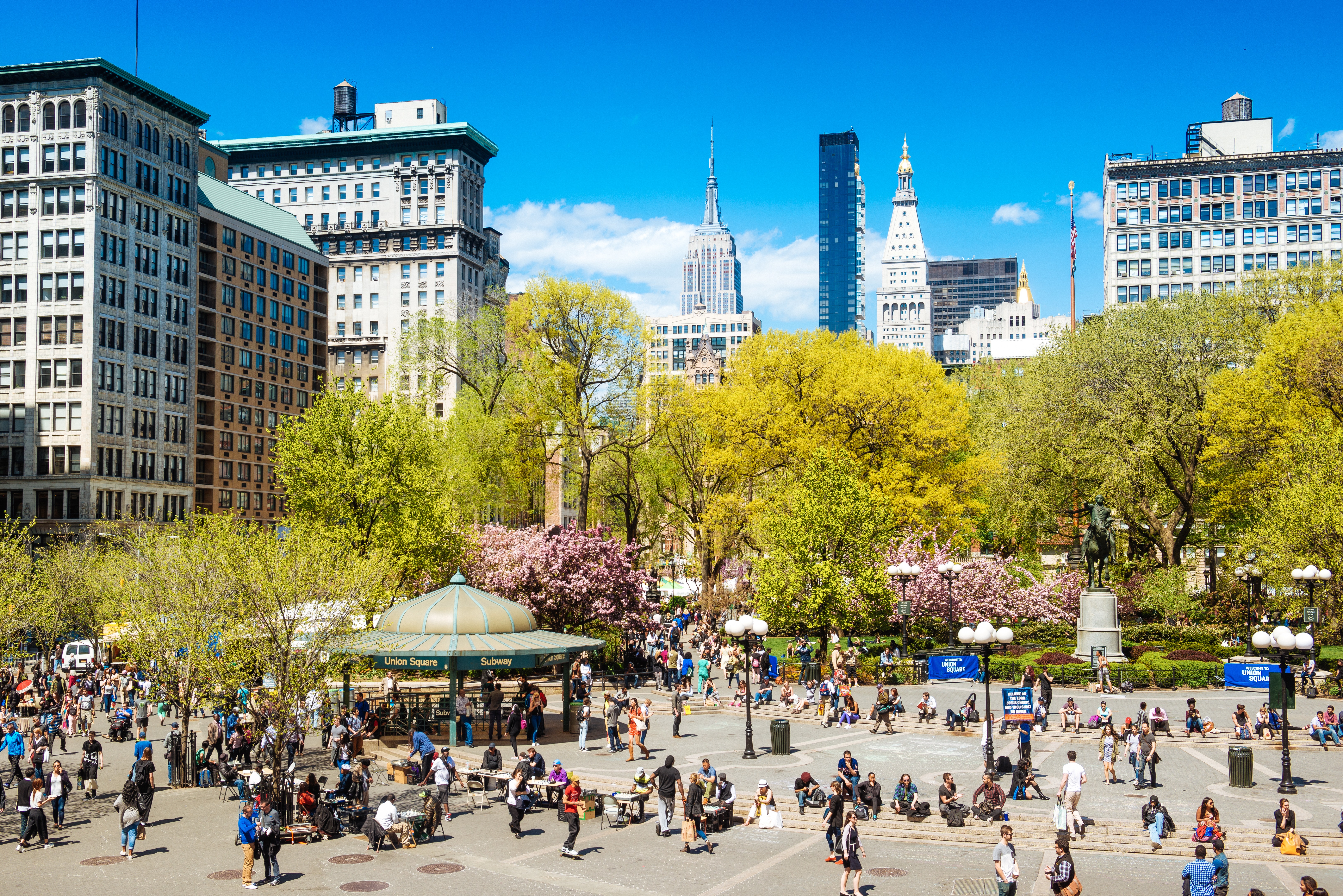 Is America Running Out of Elbow Room?

For many Americans, it’s not uncommon to see another new mega-shopping center or residential subdivision being built somewhere nearby. With new houses and businesses springing-up all the time in urban and suburban America, should we view this as progress, or are we approaching the point where we are starting to run out of space? If you’ve every wondered if we’re running out of elbow room, here’s an interesting thought experiment.

New York City, which is far and away the most populous city in the U.S., was home to an estimated 8.5 million people in 2016.[1] More people live in this one city than in the entire states of Idaho, Montana, North Dakota, South Dakota, Wyoming, New Mexico, Vermont, and the District of Columbia combined.

New York City consists of five boroughs spanning five counties, the most densely populated of which is New York County. This county, which consists principally of the island of Manhattan, is far and away the most densely populated county in the U.S., housing 72,000 people per square mile.[1-2] At that population density, the entire population of the United States, Puerto Rico, and other U.S. territories could reside in the tiny State of Connecticut.

If all Americans lived at the same population density as the average population density of all five of New York City’s boroughs (approximately 28,000 people per square mile), we’d all fit comfortably in the combined area of Delaware and Maryland.[1-3] 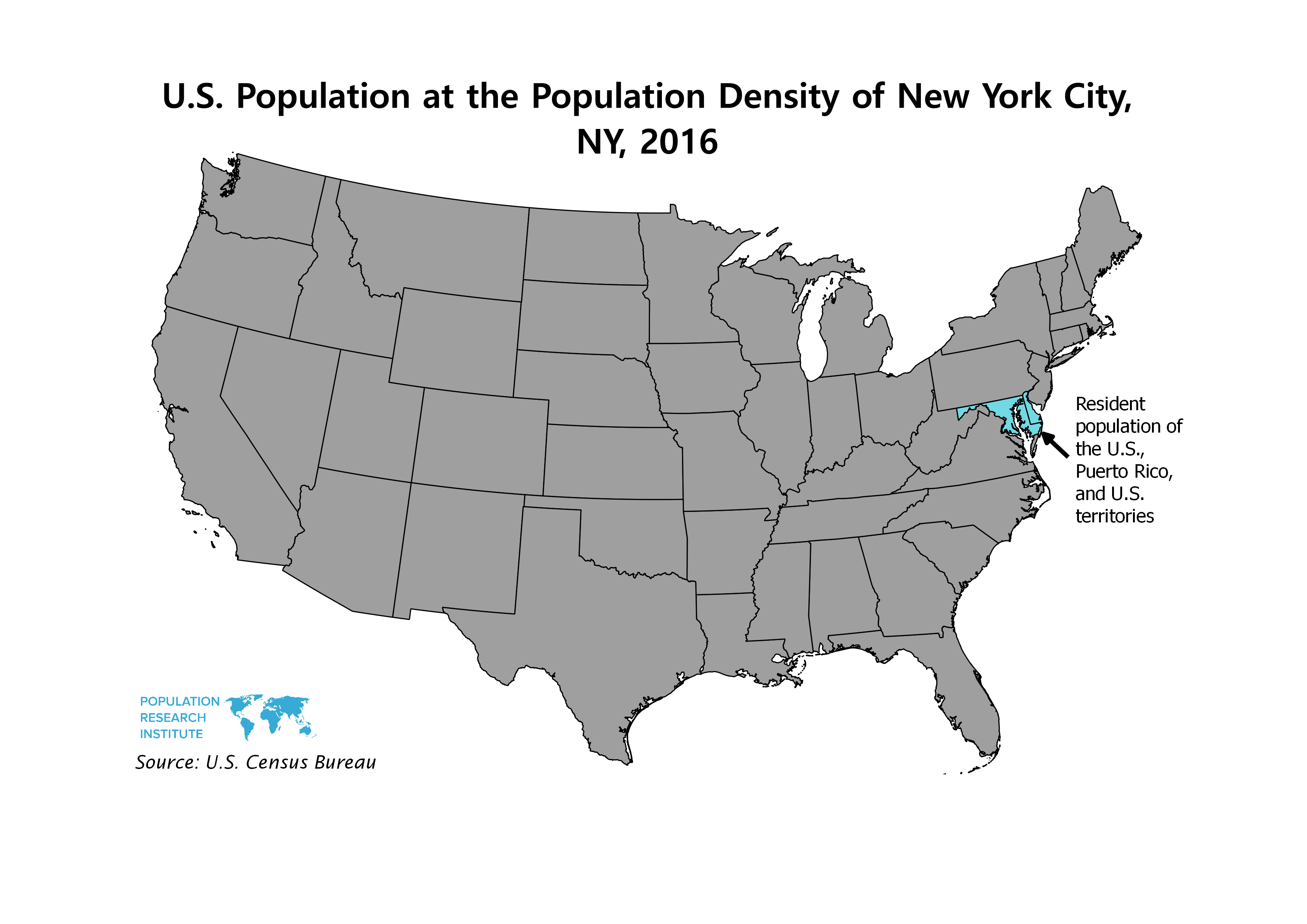 While New York City is rather densely populated, it certainly is not an uncomfortable place to live in terms of space. Besides, many cities in other countries are far more densely populated. The country of Monaco, for instance, has a population density of over 48,000 people per square mile. [4-5]

But perhaps New York City life is not quite your cup of tea (personally, I quite enjoy it myself). Let’s continue our thought experiment, and see how the U.S. population could hypothetically be distributed if it were at, say, the density of Los Angeles County, California.

While Los Angeles County encompasses the second most populous city in the country and a number of its neighboring cities, it also includes expansive uninhabited areas including vast stretches of the Angeles and Los Padres national forests and the Santa Monica Mountains. Overall, the population density of Los Angeles County is about 11 times less dense than New York City and ranks 49th overall among U.S. counties nationwide.[1]

Over 10.1 million people call Los Angeles County home. But if you know Los Angeles County, or are familiar with any of the counties listed above, you also know that life at this population density is quite comfortable, with plenty of parks, open spaces, and many acre sized residential properties. 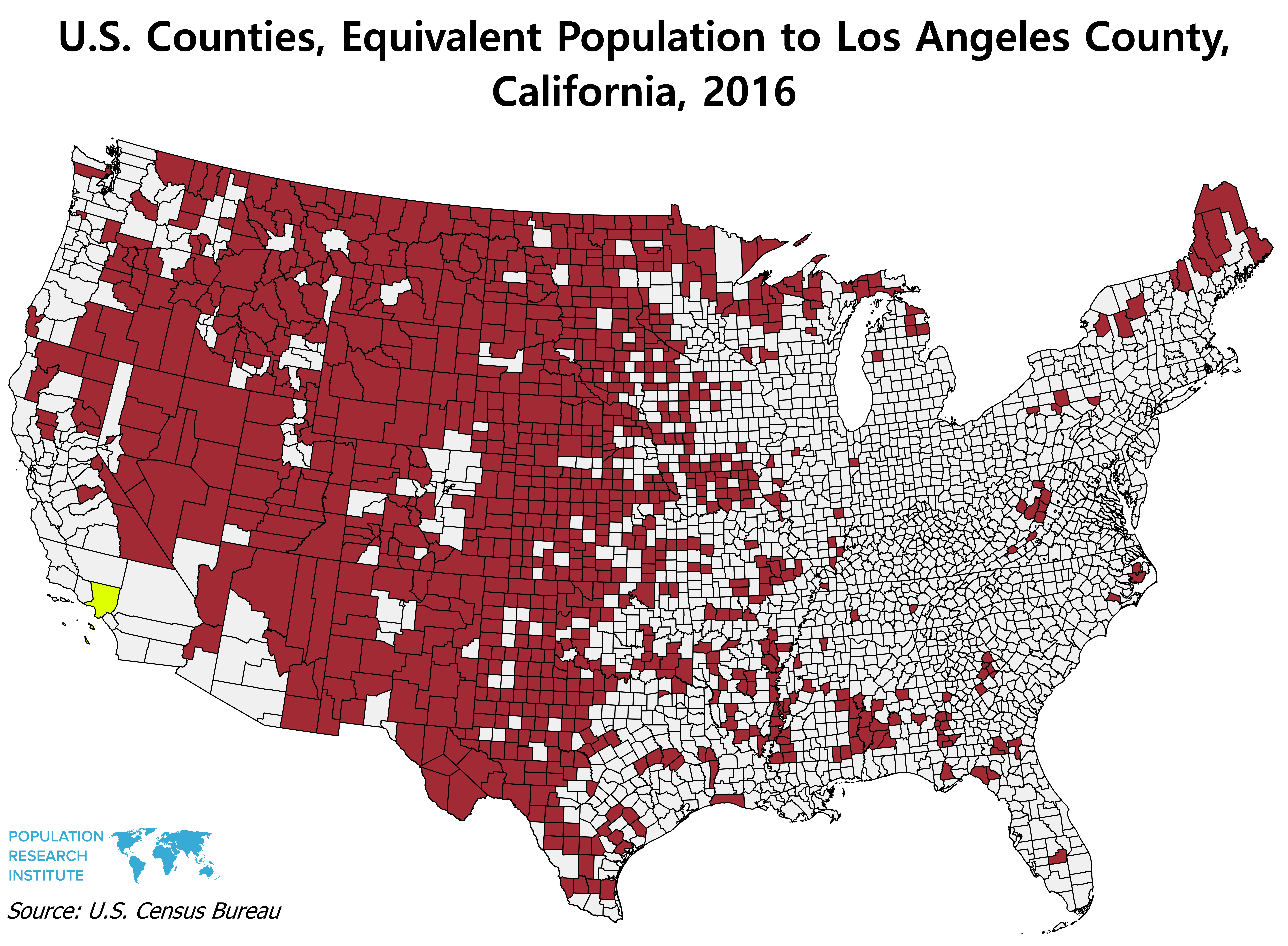 Finally, at the same population density of Middlesex County, NJ, which is only a little more densely populated than Los Angeles County, the entire U.S. population could fit inside the state of New Mexico.

Does this mean that the entire population of the United States could actually fit into an area the size of New Mexico at this population density? Probably not. We would still need to figure in access to adequate water resources and would need much more land area to account for agricultural purposes, public services, transportation, military, Native American lands, and, of course, sustainability and conservation.

Nevertheless, the point of our thought experiment is this: If America has enough elbow room to fit our entire population comfortably into an area the size of New Mexico, we probably have enough room for the other things as well. And I’m pretty sure we’re not going to be running out of room any time soon.