How Family Planning Programs Cause Sex-Selective Abortion, Female Infanticide, and Other Forms of Child Abuse

Contrary to the claims of the population controllers, their programs actually increase infant mortality. Let us count the ways.

How Family Planning Programs Cause Sex-Selective Abortion, Female Infanticide, and Other Forms of Child Abuse.

The anti-natalists argue that population control (aka “family planning” programs) lowers infant mortality. Some of their arguments are very crude. It is true that, as the birth rate falls, fewer children are at risk of dying in their first few days, weeks, or months of life. But that is simply because there are fewer children altogether.

The most sophisticated argument of the anti-natalists touts the benefits of child spacing. The evidence shows that, in parts of the world where women and infant may not be well-nourished, survival rates of children who are spaced two or three years apart are generally higher than those who are born at shorter intervals. For this reasons, they feel justified in encouraging, even coercing, women into contracepting for several years after the birth of a first child. They publicly claim to have lowered infant mortality, even as they privately congratulate themselves for having reduced the number of babies born.

But every policy intervention has unintended consequences. Before we credit the anti-natalists with reducing the death rate among infants, they must answer the charge that their programs have directly contributed to the rise of a new epidemic of female feticide and infanticide in Asia. 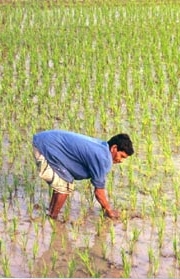 Agricultural societies place a high value on children, especially sons, who work as field laborers from a young age and provide economic security to their elderly parents. The economic value of children declines with industrialization, as the demands of education take children out of the home economy and pension programs provide substitute support in old age.

To embark upon fertility reduction campaigns in the absence of industrialization and pension programs, especially in the presence of a strong preference for sons, is to condemn large numbers of girl children to death in utero or after birth.

This can be seen most clearly in China, where the brutal and punitive one-child policy has been a death sentence for tens of million of girls and created a striking gender imbalance. In normal human populations about 106 baby boys are born for every 100 baby girls, a disparity that evens out over time as the boys suffer higher infant and child mortality rates. Since the early 1980s, however, the sex ratio at birth in China has climbed steadily higher, until today it stands at about 117 boys for every 100 girls.

Other countries with vigorous family planning programs in East and South Asia have also shown striking increases in the sex ratio as well.

The anti-natalists at the U.N. Population Fund, the International Planned Parenthood Federation, along with the Chinese government itself, deny that this plague of “female feticide and infanticide” is in any way connected with their family planning programs, preferring to explain these practices as “manifestations of son preference and patriarchal structures which prevail across the region.”

Whatever modest reduction in infant mortality rates in East, Southeast, and South Asia the anti-natalists may properly take credit for, this hardly offsets the cost of condemning tens of millions of viable unborn baby girls to an untimely death.

Population control programs also contribute indirectly to maternal and infant mortality in other ways. In China and Vietnam, for example, heavy fines are levied on the families of “illegal” children, and the children themselves are denied residency, food rations, healthcare, and even schooling. Elements of such policies are found in South Korea, India, and other countries with rigorous family planning programs. By negatively impacting family finances and access to government health and other services, such punitive policies negatively affect the health of families which violate birth restrictions. Some women and children die as a consequence.

However loudly the UNFPA and other population control groups trumpet the slight reduction in maternal mortality that follows from their massive campaigns to prevent pregnancy, it is clear that this is merely a secondary effect of its primary goal: to reduce the number of babies born. But the young Third World women who die in childbirth for the most part want to be mothers. They just don’t want to perish as a result.

Poor people—and especially poor women—in developing nations often perceive the developed nations as fundamentally hostile to their way of life, an impression we reinforce when we inundate them with contraceptive devices and chemicals, or attempt to impose on them our laws governing sterilization and abortion.

This kind of cultural imperialism is evident in Hillary Clinton’s comment, offered at an 18 October 1997 meeting on the role of women in Buenos Aires, that “the only road to improve the life of women is the massive promotion of contraceptive methods.” The poor women of developing countries rightly translate this message to mean “We developed countries want you to have fewer children, or none at all, and we will not help you care for the children you already have.”

Decades after most of us became aware of, and sensitized to, the dangers of cultural imperialism, many controllers fail to appreciate the motivations and desires of individuals who may wish to have children. They not only ignore the pro-natal views of those upon whom they visit their programs, they positively scorn them. Whether they are trying to contracept or sterilize women directly, or educate and employ them out of hearth and home, they blithely dismiss the desire of some women to have children.

They take such a jaundiced view of childbearing that they are eager to trumpet its shortcomings, as the following quote from a family planning book: “Mothers are more likely to die in childbirth if they have large number of children; they will also spend a high proportion of their adult lives pregnant, breast-feeding, and providing childcare.” But what if women enjoy feeling a new life growing within them, enjoy the bonding experience of breastfeeding, and enjoy caring for their small children. What then? Then their views must be swept aside.

The controllers have long been antagonistic toward pregnancy, viewing programs to make childbearing safe as, in Margaret Sanger’s words, as “insidiously injurious,” and “a stupid cruelty.” Women and children are merely means to an end, to be used as a Trojan Horse for dramatically slowing, even reversing, population growth.