Bishop Hugh Slattery of the South African Diocese of Tzaneen recently commissioned two beautifully done documentaries which he shared with PRI. Together, they tell how the Catholic Church in Uganda and South Africa are successfully fighting the AIDS epidemic and dealing with its social consequences. But those who promote the life-saving message of abstinence and marital fidelity are being ridiculed and mocked by degenerate population controllers at every turn.

That Sub-Saharan Africa lies in the grip of a vast AIDS epidemic is no secret to anyone.  According to statistics published in 2006 by UNAIDS (the Joint United Nations Program on HIV/AIDS), an estimated 24.5 million people in the region were HIV-positive by the end of 2005, with 2.7 million contracting the virus in that year alone.

Desperate to stop the spread of this disease, which is well on its way to becoming the most destructive plague of all time, AIDS-stricken countries in Africa have turned to the West.  The assistance they have received may have done more harm than good, however.

Secular-minded Western aid agencies have bombarded the continent with graphic sex-education programs and condoms.  Yet, according to numbers published by UNAIDS itself (available here), HIV infection rates in Africa continue to climb, suggesting that such programs, instead of curbing the disease, are actually contributing to its spread by encouraging risky behavior. 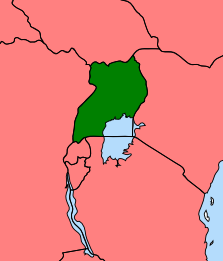 Only one African country, Uganda, has successfully combated AIDS. No other country has experienced a comparable decline.

Only one African country, Uganda, has successfully combated AIDS.  Its HIV prevalence rate has plummeted in recent years.  Over 18% of the adult population tested positive for the AIDS virus in 1992.  By the end of 2005, only 6.7% did.  No other country has experienced a comparable decline.

How was this remarkable turnaround achieved?  Western aid organizations, eager to justify their programs (and their funding), falsely attribute the decline to sex education and condoms.  The Ugandans themselves tell a much simpler story.  It can be summed up in one word: abstinence.

The unsung hero of Uganda’s victory over AIDS is a Catholic nun by the name of Sister Miriam Duggan, M.D.  Early on in the fight against this deadly disease Sister Miriam developed a program called “Education for Life,” a program which encourages people to be abstinent before marriage and faithful within it.  By educating people about the dangers of promiscuous sex and its deadly consequences, “Education for Life” has helped to change the mindset of the Ugandan people.  Sister Miriam Duggan and her collaborators insist that it is this program, backed up by the willingness of the government to accept abstinence education, that has helped reduce the AIDS epidemic in Uganda.

“I think it can be very confusing for young people deciding now ‘which way do I go?’”  says Thandi Hadebe, an abstinence educator for Education for Life.  “And that is where I think we fail our young people; because we give them too much conflicting information.”  He blames the AIDS epidemic on indiscriminate condom promotion and mixed messages sent by “comprehensive sex” educators. 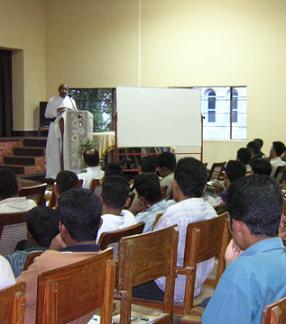 Uganda’s startling success in combatting the spread AIDS can be attributed to it’s revolutionary approach to the problem — through the promotion of abstinence before marriage and fidelity within marriages.

Education for Life takes a very different approach.  “We emphasize the aspect of freedom,” says Fr. Andrew Shingange, another educator with the program, “that it is within themselves that they can protect themselves.”

A brilliant new documentary film called The Change is On celebrates this victory for life and common sense.  Commissioned by Bishop Hugh Slattery of the South African Diocese of Tzaneen, it tells Sister Miriam’s story, and explains how “Education for Life” works in practice.

In Sowing in Tears, the sister documentary to The Change is On, Bishop Slattery describes the work of faith-based organizations in dealing with the social consequences of HIV/AIDS.  Nor surprisingly, it is people of faith who are heroically caring for the infected in their homes, and staffing the orphanages full of orphaned and grieving children. (These excellent documentaries were produced by Metanoia Media, and may be ordered by going to CatholicStudio.com. )

Few know the problems of the HIV/AIDS epidemic better than Bishop Slattery.  The adult HIV rate in South Africa was 18.8% at the end of 2005, or about what it was in Uganda 15 years ago.  The “Education for Life” program has now been introduced in his diocese, and is spreading throughout South Africa.

“[AIDS] is a threat to a whole civilization, it is a threat to our future, it is a question of ‘will there be generations around here in the future?’ ” says Bishop Slattery. “It sounds pessimistic put that way, but really, it is massive if you look at the numbers.”

“It is becoming more and more evident day by day that the Western world’s obsession with condom promotion is severely hampering the efforts of African countries to deal effectively with HIV/AIDS,” says Bishop Slattery.  “The only country to show real progress in combating the disease is Uganda … through the promotion of abstinence before marriage and fidelity in marriages.  The Western world refuses to accept and laud this tremendous achievement.  On the contrary it is doing its utmost to undermine it by using every possible means of promoting condoms there, against the wishes of the government leadership.”

Is anyone at USAID listening?

Colin
Mason is the Director for Media
Production at PRI.