Sign our Petition to Ban Abortion from the Very First Heartbeat.

Q: What is heartbeat legislation?

Q: Would these bills put women in jail?

The proposed penalties also vary by state: some suggested the revocation of a medical licenses- while others gave fines for violations. Some heartbeat bills even included provisions so that women upon whom an abortion was performed could, in some circumstances, file a civil action suit for the wrongful death of her child.

-The cardiovascular system is the first major system to function in a human embryo.

– The heart and vascular system appear in the middle of the third week; the heart begins to beat about 23/24 days after fertilization.

– The heart starts to form into atriums and ventricles during the middle of the 4th week, and these are completed in the eighth week after fertilization.

– By the fourth week, the heart has coordinated contractions and blood flow in and out of the heart is one-directional. 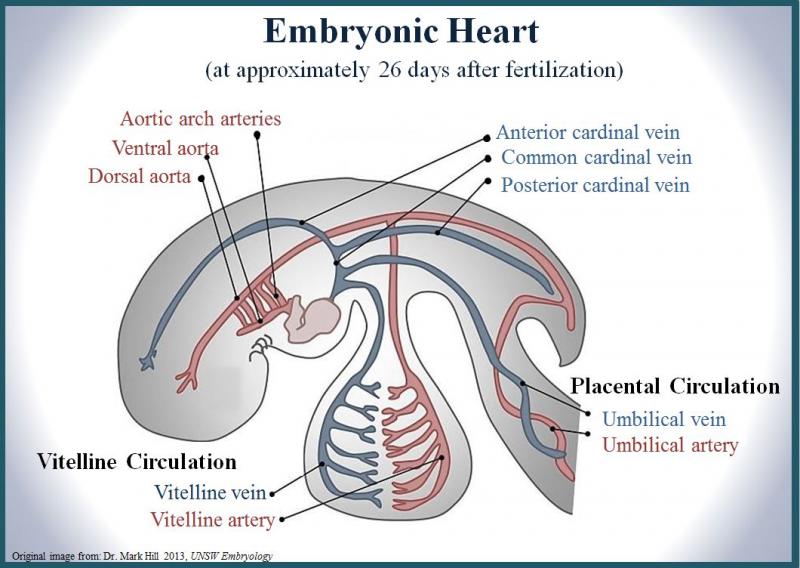 Fertilization: The moment at which the sperm and egg meet (aka: conception). This can occur between 5 minutes to 5 days after intercourse. All 46 chromosomes are present at this moment—23 from mom and 23 from dad. The child’s gender, eye color, hair color and many other things are already decided. All that is needed is time for the child to grow.

Zygote: A highly specialized totipotent cell which is formed when the male sperm unites with a female gamete and which marks the beginning of human development.

Embryo: The developing human during its early stages of development.The embryonic period extends to the end of the eighth week (56 days), by which time the beginnings of all major structures are present.

Fetus (Legislative): In the text of heartbeat legislation, the term “fetus” is commonly defined as “the human offspring developing during pregnancy from the moment of conception and includes the embryonic stage of development.” [emphasis added.]

Atrium: A chamber of the heart that receives blood from the veins and forces it into a ventricle or ventricles

Ventricle: A chamber of the heart which receives blood from a corresponding atrium and from which blood is forced into the arteries

Vein: Any of the tubular branching vessels that carry blood toward the heart

Artery: Any of the tubular branching muscular- and elastic-walled vessels that carry blood away from the heart and through the body

Fetal Heartbeat: Cardiac activity, the steady and repetitive rhythmic contraction of the fetal heart within the gestational sac. 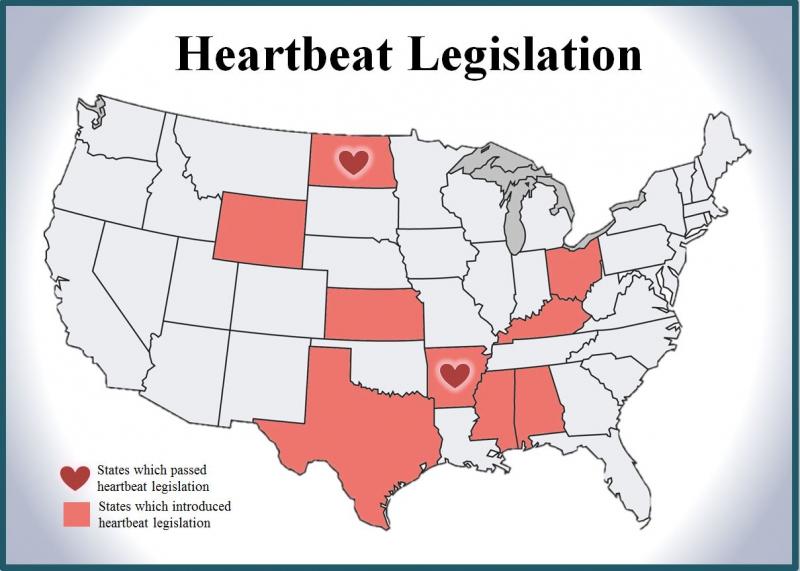 The Committee on Health approved the bill on February 25th, 2014.

The bill was approved by the Alabama House of Representatives on March 4th, 2013.

The Senate Health Committee approved the bill on April 1st, 2014.

The bill is now pending in the Alabama Senate.

You can read the full text of the bill, HB 490, clicking here.

A fetal heartbeat bill was passed in January 2013 by the Arkansas Senate.

The bill was vetoed in Arkansas by the Governor in March 2013.

The Arkansas House of Representatives overrode the veto in March 2013.

A federal judge issued a temporary injunction against the Arkansas law in May 2013.

You can see the full text of the bill, SB 134, by clicking here.

The bill,  Prohibiting an abortion of an unborn human individual with a detectable fetal heartbeat, was introduced and referred to committee in February 2013.

The bill was presented to the Kansas house and referred to committee in March 2013..

The Kentucky heartbeat bill, HB 132, was introduced to the Kentucky House in January 2011.

The bill was posted in the House committee and has remained there ever since.

You can download full text of HB 132 in the form of a word document here.

The Mississippi bill, HB 6, was introduced in January 2013.

The bill died in committee in February 2013.

You can read the full text of the bill, HB 6, by clicking here.

The bill passed the North Dakota House in February 2013.

The bill passed the North Dakota Senate in March 2013.

Before it could go in effect, a federal judge issued a temporary injunction against the law.

In Ohio, a fetal heartbeat law, HB 125, was introduced in the state legislature in October 2011.

The bill was dropped and never voted on.

A similar bill was introduced in August 2013.

You can see the full text of the bill, HB 248, by clicking here.

Senator Kris Jordan reintroduced a heartbeat bill on March 13, 2014. You can see the text of this most recent bill, SB 297, by clicking here.

The bill is currently awaiting markup in the House committee.

You can read the full text of the bill, HB 59, by clicking here.

A fetal heartbeat bill, HB 97, was introduced in Wyoming in January 2013.

The bill was struck down by a house committee February 2013.

You can read the full text of the bill, HB 97 by clicking here.

*Medical definitions came from: the 8th edition of The Developing Human: Clinically Oriented Embryolgy, by Keith Moore and T.V.N. Persuad and the online Merriam Medical Dictionary.