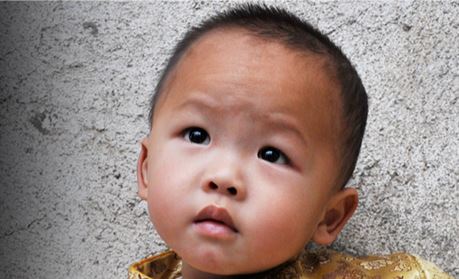 Fact-Check: No, Hillary, China has not stopped doing forced abortions

Contrary to Clinton’s claim that forced abortions are a thing of the past in China, they are still continuing.

Despite China’s move from a one-child policy to a two-child policy, couples are still being coerced into aborting babies–even first babies–conceived outside the state plan.

The fact is, regardless of whether Party leaders allow Chinese couples to have one, two, or even three children, the underlying policy of “Planned Births” has not ­­and probably will not­­ change.

What is Planned Births (Jihua Shengyu in Chinese)? It is the policy ­­under which the Chinese state, rather than the Chinese people, decide how many children are to be born in China each year.

It was none other than Chairman Mao himself, the founder of the People’s Republic of China, who first put the Planned Births policy in place. The Great Helmsman, as he was known, decided way back in the 1950s that the five ­year economic plans being drawn up by the Chinese Communist Party should control not just production, but reproduction. And they have, ever since.

The two child policy will be enforced using the same coercive methods that have characterized the one child policy for the past three-plus decades. Young mothers pregnant with “illegal” children will still suffer fines, arrest, imprisonment, and forced abortions.

My sources in China say that these abuses are still occurring, a fact confirmed by other human rights advocates as well.

Reggie Littlejohn, the head of Women’s Rights Without Frontiers, says that forced abortions are still happening in China’s “Planned Birth” policy, despite the move to a two-child policy.

“Couples will still have to have a birth permit for the first and the second child, or they are subject to forced abortion,” Littlejohn said. “The core of the One Child Policy is not how many children the government allows couples to have. It’s the existence of a limit on childbearing, and the coercive enforcement of this limit coercively. Women are still being forcibly aborted in China whether Clinton knows it or not.”

In August, the BBC published an interview with a Chinese Communist Family Planning Official about the new two-child policy. According to the report, couples who have third children still face coercion and may be forced to abort their unborn child if they cannot pay.

“The new policy does not ban forced abortions; it merely says that couples can have two children,” explains Bill Donohue of the Catholic League. “Which means that the government will have to continue its practice of monitoring a woman’s menstrual cycle and fining those who are pregnant with their third child. If they are unable to pay, they will be dragged to a local clinic and injected with a lethal drug.”

LifeNews has reported several recent accounts of Chinese mothers who were forced to abort their unborn babies as late as nine months under its continuing, state-run “Planned Birth” policy.

That policy, which began in 1980, shows no sign of ending. China’s Planned Birth officials still jail couples who refuse to abort, sentence them to house arrest or labor camps, revoke jobs or governmental support, use physical harassment or violence and often target other family members. And they still resort to forced abortion to keep “illegal” children from seeing the light of day.

Hillary Clinton is wrong so suggest that forced abortions are no longer a problem in China.