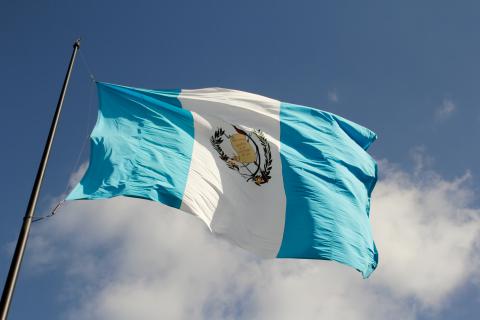 The “Ship of Death” intended to carry out abortions on Guatemalan women in violation of that country’s pro-life laws.

The Guatemalan military has taken the so-called “ship of death” into custody after it docked in Port Quetzal, a city approximately two hours south of the nation’s capital. Activists aboard the Dutch-flagged ship, operated by the radically pro-abortion nongovernmental organization (NGO) Women on Waves, had intended to ferry women into international waters and chemically abort them. The ship was carrying a cargo of abortion pills for this purpose.

The Guatemalan Constitution guarantees the protection of life from the moment of conception. Abortion in Guatemala is illegal at any moment during pregnancy, except to save the life of the mother.

Misoprostol pills, frequently used by Women on Waves to carry out abortions, are prohibited in Guatemala for any other purpose than treatment of gastric ulcers, according to data from the Bixby Center for Population, Health & Sustainability at U.C. Berkeley.

Acting on the direction of Guatemala President Jimmy Morales, the military filed a formal complaint against Women on Waves with the prosecutor’s office.

“The Constitution…in regards to the preservation of human life and the applicable laws in our country will not permit this NGO from carrying out these activities,” the Government of Guatemala also tweeted.

Women on Waves claimed to have filed all the necessary paperwork to legally enter the country. According to the Guatemalan Government, however, the pro-abortion organization misled authorities by claiming to be tourists, thus attempting to enter the country under false pretenses. The Government said through a tweet that the boat entered Guatemalan territorial waters without authorization.

The Guatemalan authorities are closely monitoring the situation. The boat is currently under military custody until further notice, according to Reuters. Port officials have also ordered the Women on Waves activists not to leave the ship, according to AFP, after refusing to disclose the real purpose of their trip.

Pro-life protesters gathered at the pier where the boat was docked, expressing outrage over the presence of the infamous abortion ship.

“It’s a sin,” one woman told Reuters, “why don’t you go to Holland to kill children.”

"They say they are fighting for life and human rights, but it looks like murder has become a human right," a Cuban seminarian said, according to the Intern Daily.

The seizure of the ship is a major embarrassment for the Women on Waves organization. It is not the first time that Women on Waves has been blocked from port entry into a sovereign nation. In a similar incident in 2012, the Moroccan navy set-up a blockade with warships to prevent a Women on Waves abortion boat from entering the country.

In 2015 German police seized the controllers for drones that Women on Waves activists were using to fly abortion pills across the border into Poland.