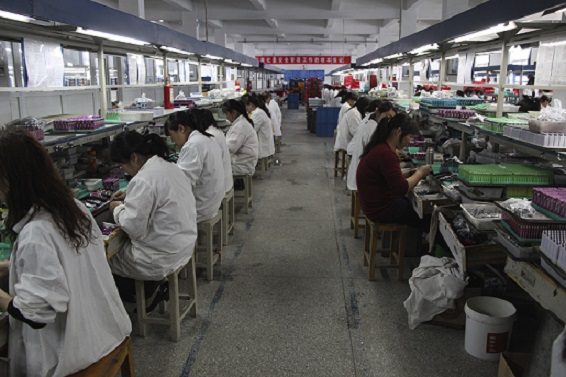 China’s “Black Children” Will come Out of the Shadows

But is it a case of too little, too late?

For 25 long years Ah Fan has lived in the shadows. Conceived by her parents before they were of a legal age to marry and have children, government officials demanded that she be aborted. Instead, her mother went into hiding.

For 25 long years Ah Fan has lived in the shadows. Conceived by her parents before they were of a legal age to marry and have children, government officials demanded that she be aborted. Instead, her mother went into hiding and gave birth to her in secret.

Her parents could have registered her birth—if they had been willing and able to pay a huge fine. As seasonal factory workers, they simply did not have the money.

Instead, Ah Fan joined the ranks of the “black children.”  These are the millions of children conceived and born in violation of the one-child policy who do not exist in the eyes of the government. They are, in a very real sense, undocumented aliens in their own native land.

Because they are not registered with the government, such children are not eligible for medical care or dental care at government-run clinics and hospitals. They are also not eligible to enroll in government-run day cares or schools.  As a result, many grow up sickly and illiterate.

When, like Ah Fan, they finally reach maturity, they cannot get a government job—or any job, really—since they do not have what is called a hukou.  These are government-issued “household registration” documents that identify them as citizens. Sort of like a birth certificate, social security card, work permit, and internal passport all rolled up into one. Without a “household registration,” no one will hire them except employers looking for cheap day labor with little scrutiny from the government. Such laborers receive little pay and no benefits.

This is now about to change, according to Chinese Communist Party General Secretary Xi Jinping. Secretary Xi has just announced that Ah Fan and millions like her will finally be allowed to register, presumably without paying a huge fine, and will then receive the treasured hukou documents that allow them to legally reside, go to school, and work in the cities where they already live.

The Chinese government claims that there are 13 million such ‘black children,” but that seems to me far too low an estimate. After all, there are several hundred million Chinese, nearly all rural transplants, living illegally in the cities right now. Many of them are married and have one or more “black children.” This means that the actual number may be several times the government’s estimates.

In actual fact, no one knows exactly how many “black children” there are, least of all the government. The children of the shadows, having avoided contact with officialdom their entire lives, may prove reluctant to register with the government. Those who have lived for up to thirty-five years in the shadows may be leery of stepping out into the light of government scrutiny.

The tens of millions of undocumented Chinese children and young people are not merely marginalized, they are completely outside the bounds of Chinese society.  And as non-persons, they have endured tremendous suffering. Unlike illegal immigrants in the U.S., who are generally treated with some compassion, the “black children” have no rights at all. Anyone and everyone can mistreat them, and they are totally without recourse. If mugged, raped, or beaten, they would not think of going to the police, who would probably just brutalize them even more.

The move to register “black children” comes as China has declared that, sometime next spring, it will officially end its one-child policy, replacing it with a two-child policy. This should be an improvement over the former policy, although we at PRI expect that forced abortions will continue. Third children will still be at risk, as will children conceived out of wedlock, or conceived by parents who are not married in the eyes of the state.  And sterilization after two children will continue to be the norm.

China’s Xinhua News Agency has said that once the “black children” have obtained a hukou, they will be able to register for school, obtain health care, open a bank account, marry, and seek formal employment. One hopes that this process will go smoothly, but we suspect that millions will still be left out in the cold.

For millions more, the policy change comes too late to do them much good. Denied the opportunity to go to elementary school, much less middle school and high school, they are functionally illiterate. They work as manual laborers in dead-end jobs. Even with a hukou, there is no way for these young people, especially those in their late teens and twenties, to go back to school and make up their lost studies. Even if the new policy is speedily implemented—and as yet no timetable has been announced—they will never be able to recapture their lost youth.

Finally, it should be noted that China is encouraging the “black children” to come out of the shadows not because the government has suddenly become sympathetic to their plight, but rather because the country faces a labor shortage. A hukou will make millions of Chinese young people more employable, and adding their number to the workforce would help avert the economic recession that now seemed to be descending upon China.

All indications are that the end of the one-child policy will not lead to a baby boom in China. The children of the shadows constitute a ready-made workforce that will help offset China’s aging and shrinking population of workers.