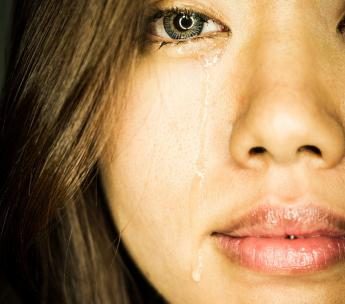 Chinese Party-State’s offer to remove the IUDs it forcibly implanted in women is too little and comes too late for those who have already lost their children, their health and, in some cases, their very lives.

The same Chinese government that has forced IUDs on tens of millions of Chinese women after the birth of their first child has decided that some of these women will be allowed to have a second.

Decades of stringently enforced population control policies have caused China’s birth rate to plummet. The result: rapid aging of the population and a shrinking pool of working-age adults.

The Chinese Communist Party has decided to increase the birth rate. Last year it relaxed the one-child policy. Chinese couples were told that they were now allowed to have two children.

There is only one problem with Beijing’s move to increase China’s anemic birth rate. Tens of millions of women have been sterilized, and are physically unable to conceive another child. Tens of millions more have been forced to wear IUDs—IUDs deliberately designed to be hard to remove.

Under China’s repressive “planned birth” program, birth control is not a matter of reproductive choice—it’s mandatory.

Beginning in the early 1980s, women across China were forced to wear an IUD after the birth of their first child. According to official statistics reported by the China National Health and Family Planning Commission, between 1980 and 2012, the Government had carried out over 308 million IUD insertion procedures.

To get these IUDs out of the way, and get the women forced to wear them back into the business of reproducing, Beijing is now offering free IUD removal for all women who are eligible to have another child.

The Chinese authorities obviously hope that by offering free IUD removal they can solve the demographic downturn created by their own disastrous one-child policy. But if they were expecting their new policy to be greeted by cheering throngs of women, they have been sorely disappointed.

The most common reaction has been outrage.

Documentary film-maker Ai Xiaoming, now 63, told Radio Free Asia that she was forced to have an IUD fitted, but then left with it for decades with no further check-ups.

“In the eyes of the Chinese government, women are seen as having a job to do,” Ai said. “If they tell you to have a baby, then you have to have one. If they don’t need babies, you can’t have one.”

It hasn’t helped that the Chinese government has never apologized for the way it has brutalized women. Nor has it ever, not even now, offered to compensate women forced to use the device.

For the millions of women who were for decades forced by the Government to use IUDs, the gesture seems almost insulting.

“To say they are offering free removal as a service to these tens of millions of women—repeatedly broadcasting this on state television as a kind of state benefit—they have no shame, second to none,” Han Haoyue, a popular columnist, posted on Weibo, according to the New York Times.

“The failure of Xi Jinping’s government to even apologize for forcing IUDs on women only further confirms that the Chinese Communist Party has absolutely no regard for women’s rights,” says Population Research Institute (PRI) President Steven Mosher, “the Chinese Party-State treats women like breeding machines whose fertility they can turn on and off at will, like flipping a switch.”

The Communist Party’s mandatory IUD policy deprived tens of millions of women the option of having a second child. For most of these women, the latest policy shift comes too late: they are now past their childbearing years.

Women past menopause were not only denied the right to have children, their human rights were repeatedly trampled on in the process.

Under the one-child policy, women were required to report to the local family planning clinic for periodic invasive pelvic examinations and sonograms to ensure that their IUD was securely in place. Women who did not have an IUD in place or failed to report for routine examinations could be punished with heavy fines. In the late 1990s Harry Wu testified to this stringent IUD policy before the U.S. House Committee on International Relations saying:

If you do have IUD in your womb, every quarter the government will inform you,…you have to go to the office of inspection. If you do not appear, you pay the fine, 50 yuans, every day. If over 1 month, the fine is 2,000 yuans. If 6 months passes, there has been no IUD inspection; then sterilization is required.

In some cases, women who failed to report for a pregnancy screening had their homes destroyed by rampaging Planned Birth police.

Communist propaganda displayed along busy streets and other public places made the cost of noncompliance clear. One such sign, strung high over a busy street, read: “If you are supposed to wear an IUD but don’t, or are supposed to have your tubes tied but don’t, you will be arrested on sight!”

The IUDs sold in the U.S. and other Western countries are designed to be easily removed. Not in China. Chinese IUDs are specifically designed to be difficult to remove, so that women would not be able to take them out secretly at home. For many women, whose state-issued IUDs have over time embedded themselves in the walls of their uteruses, their removal will require surgery, if not a hysterectomy.

Although the State Family Planning Commission issued a variety of IUDs under the one-child policy, an inert stainless steel IUD ring was the government’s IUD of choice throughout the 1980s. By 1990, 90% of all women in China using IUDs were using this device, primarily because it was extremely difficult to remove. [1] In order to remove the ring, a doctor must use a long metal hook to fish it out. If that fails, or if the device becomes embedded in the uterus, the doctor must resort to surgery.

The steel-ring IUD that women were forced to use often caused prolonged bleeding and were, for many, a source of great pain and discomfort.

Adding to its shortcomings, the steel-ring IUD was not particularly effective at preventing pregnancy. A study carried out in Beijing found that the ring had an 8% two-year failure rate. [2] Another study from China’s State Family Planning Commission found an even higher failure rate: 10.6% of women included in the study became pregnant within 12 months of using the ring.[3]

Because the one-child policy restricted the number of children women were allowed to have, women who became pregnant due to the contraceptive failure of their state-issued IUDs were often forced to abort their children. According to an estimate from the China Population Information Center, 34% of all abortions in China in 1982 were as a result of women who were forced to get an abortion after their IUD failed. [4]

During the 1990s, the ring was widely phased out and replaced by copper-bearing IUDs including the TCu 220C, the MLCu375 and the TCu380A (known in the U.S. by its brand name, ParaGard). [5] While the copper IUDs were more effective in preventing pregnancy, in part because they caused early-term abortions, they were more painful for women to use.

The Beijing study found that the TCu 220C had significantly higher rates of removal for pain and bleeding than the ring after two years of use. [6] A randomized study of over 2,700 women using the TCu380A IUD worldwide found that after one year, 4.5% (95% CI, 3.7–5.9) of the study participants had to stop using the device due to pain or prolonged bleeding. [7] According to the FDA approved label for ParaGard, nearly 12% of women who use the TCu380A report experiencing pain or prolonged bleeding. [8]

Forced abortion and reinsertion procedures for IUDs further exposed women to health risks. In rural areas, where many women were already chronically anemic, the blood loss and the risk of uterine perforation that accompanies these procedures often produced serious complications, even fatalities.

In China’s drive to control its population, women’s health came in a poor second. In a testimony before the U.S. Congress, Ma Dongfang told lawmakers her personal story after she was fitted with an IUD without her knowledge:

I soon became very sick as a result of the IUD and endured months of horrible pain and discomfort. I suffered excessive bleeding, weight loss, and fatigue. I begged the doctors to remove the device, but they refused to do so. If they had it removed, they would be breaking the law.