Check the pulse: An update on heartbeat legislation

Advances in Alabama, Arkansas, and Ohio

Heartbeat legislation, which places restrictions on abortion once a fetal heartbeat can be detected, continues to move forward. The month of March has been particularly busy. The Alabama House of Representatives passed heartbeat legislation, while a heartbeat bill was reintroduced in the Ohio state Senate. And while a federal judge struck down portions of the Arkansas heartbeat bill, he let stand the provision under which mothers would be informed that their baby’s heart was beating before an abortion was performed.

Here are the details:

The Fetal Heartbeat Act, HB 490, passed the Alabama House of Representatives on March 3rd with 73 votes in favor of the bill and 29 votes against.

His comments were quickly condemned by African-American pro-life leaders. Tijuanna Adetunji, an Alabama native running against Holmes this November, rebuked Holmes: "Pro-life is loving babies whether they're inside the womb or outside of the womb, whether you're black or white. It doesn't have a color."

The Fetal Heartbeat Act now awaits a vote in the Alabama Senate before it can be signed into law.

The Arkansas fetal heartbeat bill passed both houses, overrode a gubernatorial veto, and became law last year. A federal judge on March 14th struck down the portion of the legislation that would ban abortions after a heartbeat was detected. At the same time, he upheld the portion of the bill that requires the abortionist to check for a heartbeat and to notify the mother if one is present before proceeding with the abortion.

Population Research Institute has collected over 31,000 signatures in support of heartbeat legislation. Steven W. Mosher, president of Population Research Institute, explained that “By highlighting this particular part of an unborn baby’s humanity—their heartbeat—we hope to rouse the desensitized conscience of a nation to the plight of our most vulnerable brothers and sisters.”

None of the bills would punish mothers who abort after a heartbeat is detected. Most women who show up at abortion centers are there under some form of duress, whether it is social, financial, or emotional. The real war on women, PRI observes, is abortion itself. 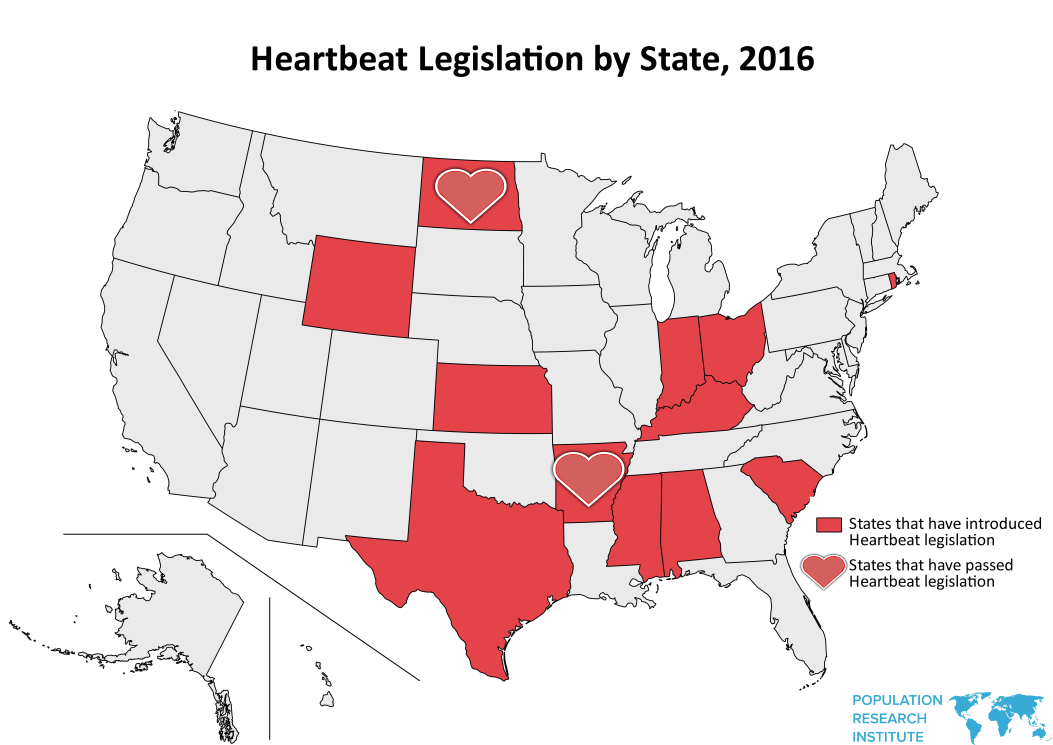