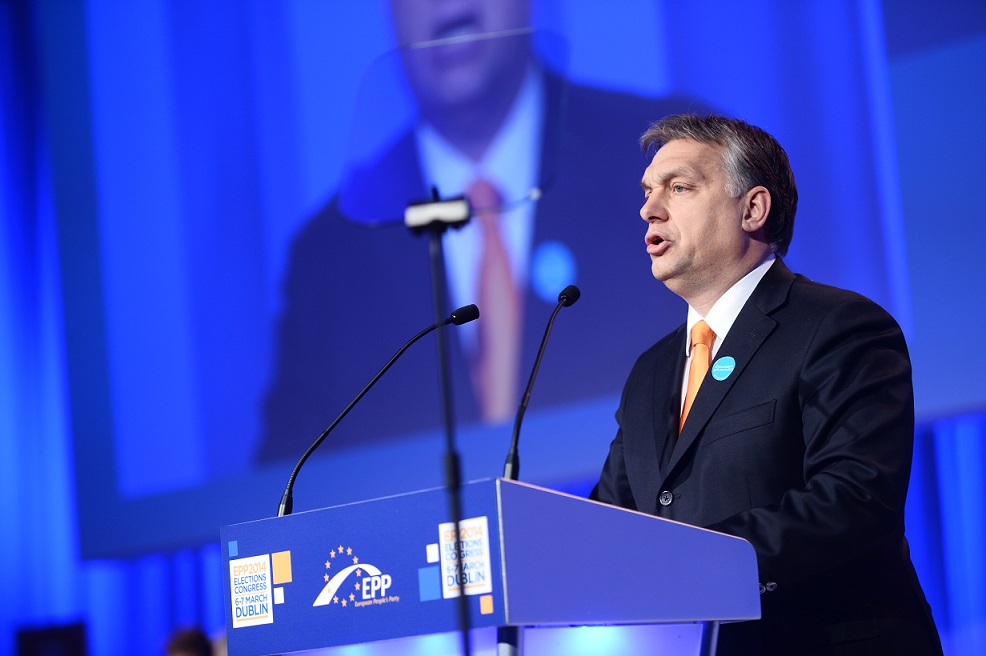 Viktor Orban proposes that mothers of four or more children be exempt from income taxes for life.

In his annual State of the Nation address this past Sunday, Hungary’s Prime Minister Viktor Orban announced his proposed “Family Protection Action Plan,” a package of policies aimed at encouraging couples to marry and have children. Lots of children.

A key element of Orban’s plan would exempt women with four or more children from the income tax. His plan also offers women under 40 who are getting married for the first time special low-interest government loans of up to 10 million Hungarian Forints ($35,230 USD).

“Hungarian fertility rates have been below replacement for decades,” says Population Research Institute President Steven Mosher, “And its population has been shrinking since the 1980s.  The Orban government hopes to turn this around, and quickly, by rewarding those who are generous in having children. After all, such couples are providing for Hungary’s future in the most fundamental way: by providing the next generation of Hungarians.”

To counter the country’s rapid population decline, the new policy will offer couples with children a number of other benefits.  To help couples find family housing, families with two or more children would qualify to receive a 1 million Forint ($3.5 million USD) subsidy from the government to help pay off their mortgage, according to the Hungary Journal. Such subsidies were first offered to families with three or more children last year. Now this benefit would be extended to families with only two children as well.

The Family Action Protection Plan would also expand an existing government home loan program available to couples with two or more children buy a home. The current program that only allows couples to buy a new home will be expanded to allow couples to buy an older home as well.

Other benefits include help with transportation and childcare.  Couples raising three or more children will be eligible for a $9,000 grant that can be used to purchase a family car, defined as a vehicle that seats 7 or more people.  On the childcare front, Orban vowed to create 21,000 daycare centers across the country over the next three years, as well as promising childcare payments directly to grandparents who were caring for grandchildren.

Hungary’s fertility rate has been below replacement level for a half century or more. According to the U.N. Population Division, fertility in Hungary dropped below the level needed to sustain the current population in the early 1960s, a time when Hungary had the lowest birth rate in the world.[1]

Hungary’s fertility rate briefly rose to slightly above replacement in the late 1970s, but plummeted afterwards. By the beginning of the present century, it had fallen to around 1.3 children per woman of childbearing age.[2]  This is among the lowest levels ever recorded for any country.

Reflecting Hungary’s low fertility rate, the country’s population began to contract around 2007. Since 2007, according to Eurostat, Hungary has lost nearly 290,000 people, even though the country had a small net gain of migrants over that same time period.[5] In 2017 alone, Hungary’s population contracted by 19,000 people.[6]

Hungary Prime Minister Viktor Orban has long advocated for policies to boost the country’s fertility as a means to stem population decline and to protect Hungary’s cultural heritage.

While some low-fertility countries in the West have sought to mitigate the effects of population decline with increased immigration, Orban and his Fidesz Party have rejected this as a solution to the nation’s population crisis. He maintains that his goal is to “ensure the survival of the Hungarian nation” and to preserve the small Central European nation’s Christian culture.

“The target countries for migrants are witnessing the emergence of a Christian-Muslim world with a shrinking rate of Christians,” Prime Minister Orban said, “But we, central Europeans, still have a future of our own.”

According to the Prime Minister’s Office, the Hungarian Government plans to pay for the action plan’s subsidies and loans from the government’s reserve funds and surplus revenues.

One thought on Be Fruitful and Multiply! Says Hungarian Prime Minister