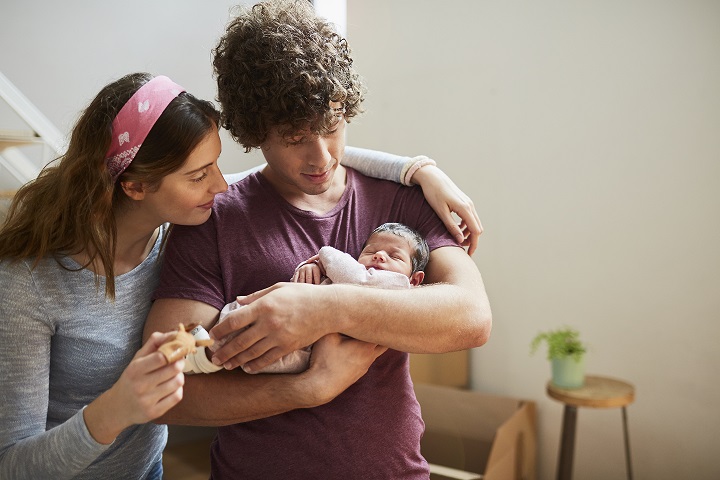 For decades, Americans have not been having enough births to replace themselves. Fertility in the U.S. has been below the replacement rate—roughly 2.1 births woman—since 1972.

The reasons for America’s perennial low birth rate are many. But among the biggest reasons are the rising costs of childrearing.

Over just the past 20 years alone, the cost of raising a child has skyrocketed by over 40 percent. Moreover, the cost of giving birth in some places can cost as much as a new car, and the price of housing today is now higher than ever before, making it harder for couples to purchase a home for their family.

According to a survey from the New York Times/Morning Consult, the cost of childcare expenses is the number one reason adults cite for not having as many kids as they wished they could have. Also high on the list were concerns about the economy and financial stability as well has concerns about having enough free time to spend with their children or to devote to leisure.

Many parents today are delaying childbearing because they do not feel financially secure enough to take on the additional expenses that another child would bring.

Add on top of this the fact that many parents, especially women, take time off work to care for a new child, time off which for most Americans is unpaid. For most parents, the expenses around the time of birth are a major shock to their finances. Too many parents are also faced with the difficult choice of having to sacrifice their career in order to take time off to care for a new child.

Guaranteeing workers job-protected paid parental leave would give parents the freedom they need to afford taking time off from work for a new child while not sacrificing their careers and future income potential in the process.

Since Congress passed the Family and Medical Leave Act of 1993 (FMLA), Americans have been allowed to take up to 12 weeks unpaid leave to care for a new child. But unpaid leave is just that—it’s unpaid. Most Americans cannot afford to take unpaid leave for very long and often return to work sooner than they wanted due to lost wages or fear of losing their job. Many American families, living paycheck to paycheck, cannot afford even short-term unpaid parental leave.

The United States is the only remaining industrialized country in the world that does not offer some form of paid maternal leave. All OECD countries except the U.S. provide at least 12 weeks paid maternal leave and most countries provide additional paid parental leave on top of that as well.

Providing American families with access to paid parental leave would help ease the significant financial burdens parents face when taking off time from work to bond with a new child and recover their health after childbirth.

Providing access to paid leave could also help reverse America’s birth dearth crisis. Studies have shown that access to higher paid parental leave has a significant effect in boosting the number of births.[1],[2],[3],[4] Studies have also shown that paid parental leave most benefits those who need it most including young mothers, low-income families, those without a college degree, and minorities.[5],[6]

Moreover, in countries where parents are eligible to receive higher cash benefit payments from the government per child, the fertility rate tends to increase. And in Australia, after national paid parental leave was introduced for the first time in that country in 2011, the number of children couples planned on having increased significantly.

An overwhelming majority of Americans including most Republicans, Democrats, and Independents support some form of paid family and medical leave. Americans, however, disagree about how paid leave should be financed and who should be required to pay for it.

Several paid parental leave proposals have been introduced in Congress this year by members of both parties.

Another proposal put forward by Sen. Marco Rubio called the New Parents Act of 2019 (S. 920) would not impose any new taxes. Instead, the Rubio plan would allow parents the option of receiving up to 12 weeks paid leave in exchange for postponing their Social Security retirement benefits.

Under the Rubio plan, wage reimbursement would vary with low income families eligible to receive a higher percentage of their regular wages in leave payments. Workers whose income is below the national median would be reimbursed up to two-thirds of their standard wages. The plan also permits the paid leave benefit to be used by either spouse, allowing couples the option of having the higher wage-earning spouse returning to work after two weeks leave.

In exchange for receiving leave benefits, workers would be given the option of deferring their Social Security retirement age by 3-6 months or choosing to receive reduced monthly benefits for the first 5 years of retirement.

The Rubio plan, however, has a distinct advantage over most of the other paid leave plans under consideration as it would not raise new taxes and is budget neutral in the long-term.  Under the plan, funds withdrawn from Social Security will eventually be paid back in the form deferred benefits.

The Rubio plan’s long-term budget neutrality is important. Tax hikes, plans which add to the government debt, or mandates on employers can hurt economic growth. A decrease in household income or a downturn in the economy can significantly hinder the birth rate. A paid leave program should support families and make raising a child easier, not harder.

Now more than ever, policies are needed to help working families attain their desired fertility goals. Since the start of the 2007-2008 economic recession, the number of births in the U.S. has fallen almost every year. Demographers have long predicted that the birth rate would rebound after the lingering effects of the recession had passed. Yet despite robust economic growth over the past two years and record-low unemployment rates, fertility has continued to drop consistently every quarter.

Last year, the fertility rate fell to the lowest level on record with only 1.728 births per woman of reproductive age, according to the U.S. Centers for Disease Control and Prevention (CDC).

Getting America’s fertility rate back to the replacement level is crucial for maintaining a strong economy. Over time, below replacement fertility can lead to population decline as fewer producers, consumers, and innovators are added to the labor force. This can cause wages, prices, and profits to stagnate. Economists estimate that as much as one third of economic growth is simply the result of more workers being added to the labor force every year.

Low birth rates will also place significant strains on our social safety nets, including Medicare and Social Security. According to the Social Security Administration, Social Security funds will be exhausted by 2037 unless Congress increases taxes or reduces the benefits retirees are eligible to receive.

While the Rubio plan would temporarily dip into Social Security, if successful, the plan may help boost the birth rate which could in turn would strengthen Social Security in the long term.

Allowing parents to bring forward Social Security benefits however, may have a dampening effect on fertility with each subsequent birth. It is not certain how many parents would elect to take paid leave, but parents may be more hesitant to postpone retirement benefits for an additional 3-6 months for a second or third child. Parents should be given a third option as well that allows them to make catch-up contributions to Social Security. This would give parents who do not want to defer their Social Security benefits another option for receiving paid leave.

In order for a paid leave program to be effective, it is essential that employees are also provided protection from job loss while on leave.

The current paid leave proposals in Congress do not provide any additional job protections beyond FMLA which only guarantees against job loss for 12 weeks. Moreover, workers are only eligible for FMLA protected leave if they work for a company with more than 50 employees, and then only after they have been with the company for at least year and have logged in 1,250 hours of service. According to the Department of Labor, only 41 percent of American workers qualify for unpaid leave under the FMLA.

In order to reach more American families, FMLA should be changed to apply to companies with at least 10 employees. Studies have shown than even companies with as little as 10 employees are generally not opposed to paid leave programs once in place. This would ensure that parents are able to take the time they need to care for a new child.

[1] Stichnoth H. Short-run fertility effects of parental leave benefits: evidence from a structural model. Empirical Economics. 2014 Sep 21:1-26. In this study, the effect of paid parental leave on fertility was reversed, having its greatest impact on high wage earners.